Soundcraft Vi3000 Ushers in the Next Generation of Digital Consoles 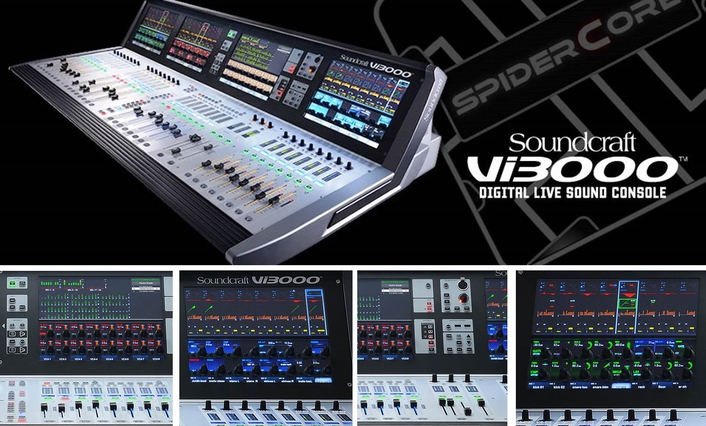 “The new Vi3000 represents a massive leap forward in digital console design and functionality, while also keeping the best elements of the Vi4 and Vi6 consoles,” said Andy Brown, Vi Series Senior Product Manager, Soundcraft. “We have a totally new internal core based on the highly successful Studer Vista 1 and a completely new, more efficiently designed surface running updated operating software. Compared to other consoles in its price range, the Vi3000 offers more input channels, more busses, more faders, and a user interface like no other. We are proud to say the Vi3000 is simply unparalleled in its category.”

The Soundcraft Vi3000 features an all-new appearance with a more efficiently designed control surface, 36 faders, 24 mono/stereo busses and a sweeping black screen panel with four Vistonics II™ touch screen interfaces with sleek, updated 3D graphics. Because the Vi3000 has four touchscreens, it’s the only console in its class that can be used by two engineers at the same time.

“Visibility of parameters and easy access to them are the most important features a console can have,” Brown noted. “When something unexpected happens—as it always does in live sound—being able to see a lot of settings quickly is a massive advantage.” 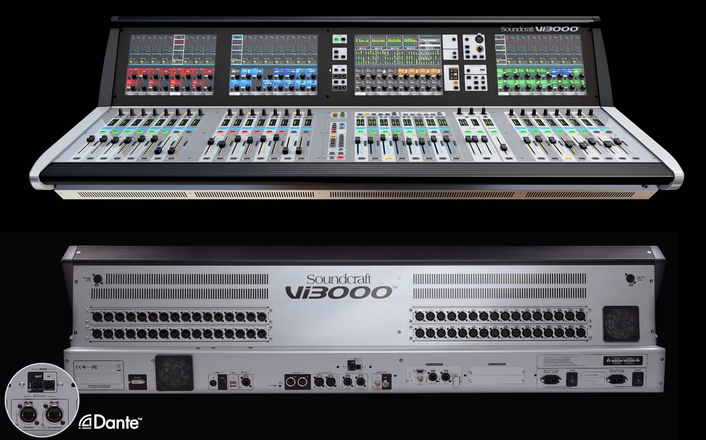 The Soundcraft Vi3000 offers extensive rear panel connectivity. In addition to a full complement of analog and digital inputs and outputs, the console provides MIDI, USB, Ethernet, DVI out, Dante/MADI record feed outputs, redundant power supply and other connections. The Vi3000 has two expansion bays that can be fitted with MADI Stagebox cards, to connect multiple Soundcraft Stagebox input expander modules. The Vi3000 can also accommodate the new Soundcraft Realtime Rack, a hardware/software unit designed in collaboration with plug-in manufacturer Universal Audio that provides access to 74 industry-standard UAD plug-ins. The Vi3000 is the first Soundcraft console to incorporate a Dante interface as standard, for seamless digital audio networking with Dante-enabled devices.

Along with its greatly expanded functionality, the Vi3000 retains all the features that have made the Soundcraft Vi Series the consoles of choice for live sound engineers worldwide, such as FaderGlow™ illuminated faders that display different colors according to function, the ability to store and recall snapshots and cues, compatibility with Soundcraft’s ViSi app that allows remote control from an iPad, built-in Lexicon reverb/delays, dbx compression,effects and more.