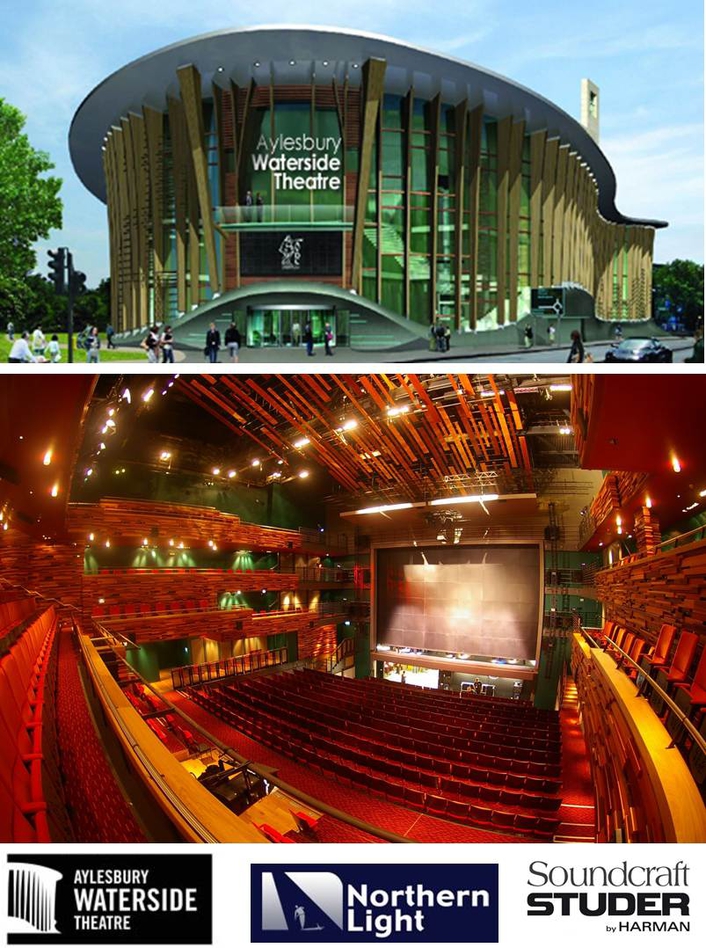 Aylesbury Waterside with its curved timber frame structural design combined with a concrete core
When Northern Light won the competitive to tender to provide the advanced technical infrastructure for the Waterside Theatre in Aylesbury, UK, the company set out to design a fully integrated system that was both versatile and reconfigurable, which included a Soundcraft Si3 digital mixing console.

Working to a specification devised by Carr & Angier Theatre Consultants, the integration company designed a production infrastructure that would enable the client, Aylesbury Vale District Council, to decommission its old Civic Hall in favor of this superb new multi-cultural arts centre, and kick start the new development in the town centre.

With three audience tiers (including fixed-seating balcony and upper balcony levels) and optional ground floor seating wagons—enabling the 1,200-seat auditorium to convert into a larger 1800-capacity standing space—evenly-dispersed sound to every seat was of paramount importance.While Northern Light project manager Simon Cooper was convinced the theatre should go digital in order to save space on outboard equipment, he did not want the upgrade curve to be too steep.

Thus he selected a Soundcraft Si3 64-input desk, which can either be operated from the control room, set above the first floor balcony, or from a mixer lift position in the stalls.

“We were able to offer the theatre a better mixing solution than originally planned, for the same price—and they were delighted,” Cooper states. “We recommended the Si3 largely because, although digital, it is basically a direct replacement for an analogue desk, and all the existing cable infrastructure was there.”

Supplied by Sound Technology Ltd, Soundcraft's distributor in the UK and ROI, the Soundcraft Si3’s intuitive operation and high input and bus count makes it a perfect choice for theatres such as this.

Above each fader is a rotary encoder, the function of which changes according to the mode selected. This “bank” of encoders, known as the Virtual Channel Strip can be set to control every function of a channel, so that mic gain, EQ, dynamics, auxes, panning are all controlled as if a normal analogue channel strip was laid sideways in front of the engineer.

In addition, portable racks have been provided for use in meeting rooms, with a Soundcraft EPM6 provided for mic and line mixing.

Northern Light’s project manager realized that with Ambassador Theatre Group (ATG), the UK’s largest theatre group, running the new venue, the visual reinforcement would also need to be world class, since the Aylesbury Waterside will become a circuit venue for the nation’s UK’s top touring productions.

In every case, he evolved a solution to match the challenges—which included networking through two lighting bridges and a forestage, plus ancillary areas such as a second, 225-capacity studio/function space, a foyer and a number of dressing rooms requiring show calls. All this is within an extraordinarily high, seven-storey building — measuring 25.27m from stage level to fly tower—with orchestra pit and motorized floor.