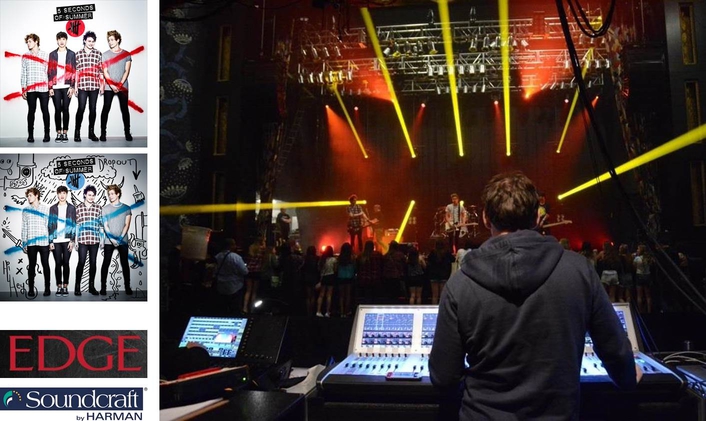 .
Having toured the United Kingdom, United States and Australia with Australian pop rock band 5 Seconds of Summer, front of house engineer John Delf was one of the world’s first professionals to put the HARMAN’s Soundcraft Realtime Rack to use. Delf has been using his Soundcraft Vi4 digital console in conjunction with the Realtime Rack—a massive library of plug-ins from Universal Audio, compatible with all Soundcraft Vi Series digital consoles.

“I have been using the Soundcraft Vi desk range for many years now so I was very excited when they announced the release of the Realtime Rack,” Delf said. “I had heard great things about the Universal Audio plug-ins, so the thought of using these in combination with the Vi4 that I was using on the 5SOS tour was a very exciting prospect.”

According to Delf, the Realtime Rack has opened up a new world of possibilities. “The onboard dynamics and effects on the Vi range are exceptional but to be able to scan through the entire UAD catalogue and insert other extremely tasty emulations is so cool,” he said. “I am able to put two or three different compressors and pre's into all my important channels and switch between them, trying out which ones are best for each application.”

In addition, the Realtime Rack enables Delf to create processing and effects combinations that would not be practical if he was using outboard hardware. “At one point I was running three compressors on my kick drum microphone and it sounded great—not something that would have been practical using actual outboard gear,” he noted. “The advantage of the virtual emulations is that I can create chains that in the real world I could only ever dream of.” 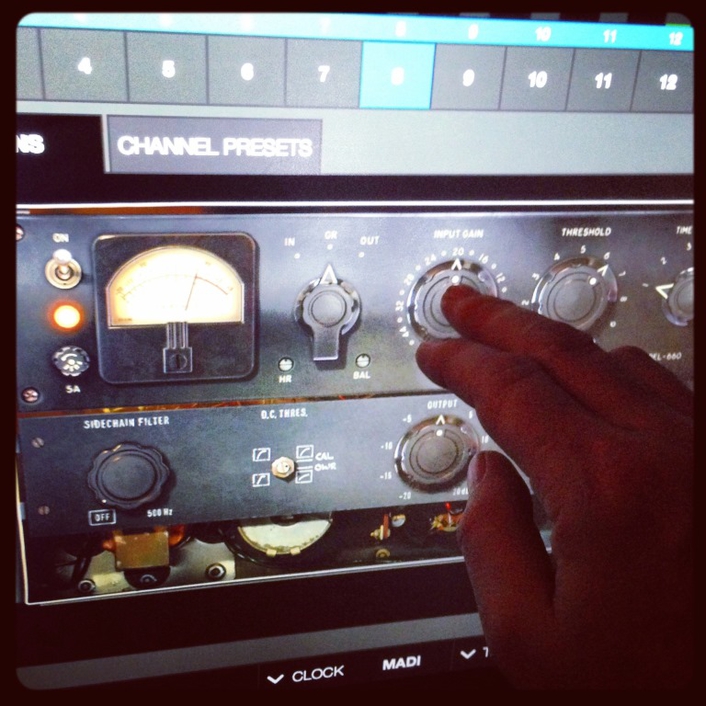 According to Delf, the diversity of effects at his disposal gives him a virtually limitless sonic array to choose from. “A kid in a sonic sweetshop probably best describes using it,” he quipped. “The only downside is that once you have used the Realtime Rack you will really miss it next time you have to do a show without one!”

“It just adds that extra bit of magic to your mix that was only previously available to studio engineers, but is now quite literally at the fingertips of the live engineer, via a great touchscreen. Thank you Soundcraft, I really loved using this piece of kit.”

HARMAN designs, manufactures and markets premier audio, visual, infotainment and integrated control solutions for the automotive, consumer and professional markets.   With 15 leading brands, including AKG®, Harman Kardon®, Infinity®, JBL®, Lexicon® and Mark Levinson ®, the Company is admired by audiophiles, musicians and the entertainment venues where they perform. More than 25 million automobiles on the road today are equipped with HARMAN audio and infotainment systems. HARMAN has a global workforce of 15,200 people and reported sales of $5.1 billion for the last 12 months ended March 31, 2014.