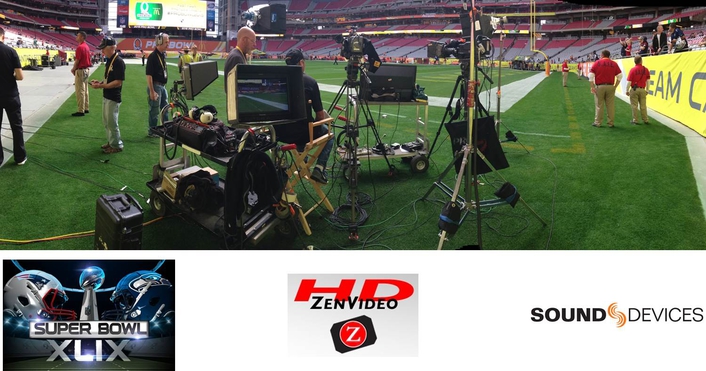 Brian Sepowitz and ZenVideo Rely on Sound Devices 664 and Video Devices PIX 240i To Capture Myriad of Events Surrounding XLIX
When Audio Mixer Brian Sepowitz and ZenVideo, a high-end production and post-production house, needed to capture dynamic sound for the Pro Bowl, Super Bowl and many of the associated events during the week in-between, Sepowitz relied on Sound Devices, specialists in audio and video products for broadcast and film production, and its 664 Field Production Mixer matched with ZenVideo’s use of Video Devices PIX 240i, for all of their audio and on-camera recording needs.

Sepowitz’s week started out at the Pro Bowl at the University of Phoenix Stadium, where he used his Sound Devices 664 to mix many of the pre- and post-show activities live. Sepowitz recorded the audio, sent it through the two cameras that were filming, using PIX, and then sent the embedded audio down the HD-SDI cable line right out to the sat truck, where it was sent to the network’s headquarters in California.

“Sound Devices 664 is designed for sound mixers in the field that need to hit the ground running,” says Sepowitz. “It is a great field mixer; the ergonomics are perfect. It’s well thought out and it is incredibly reliable, and performed remarkably during the busy football week. In addition, the PIX 240i is great. It just works. It has become an industry standard. If you tell a producer that you are going to record to PIX, they know it will transition smoothly into the workflow. We used PIX on all of the pre-recorded segments throughout the week.”

The ZenVideo team utilized a range of Sony F55’s, Sony PMW-F5’s, Sony PMW-F3’s, and Panasonic AJ-HDX900’s connected to Video Devices PIX 240i recorders, all in Apple ProRes422. According to Jeff Halperin, Owner and Director of Photography at Zen Video, “The network was happy to bypass the transcode process and get a jump on the edit. Transferring files went quickly, and we were even able to record different frame rates for different broadcasts. The PIX is an elegant solution for just about any production, and delivers an added layer of protection when rolling in camera. I am very happy to have utilized this technology for this high-profile event.” 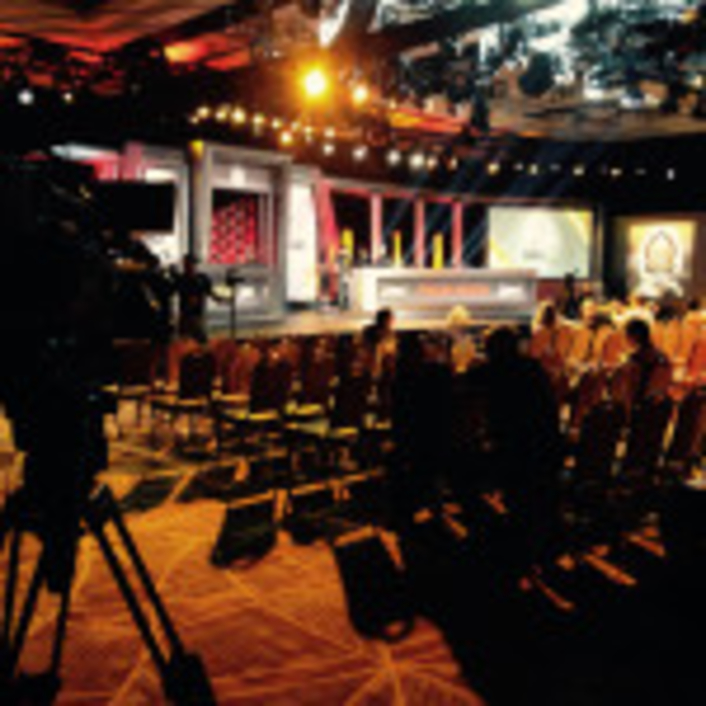 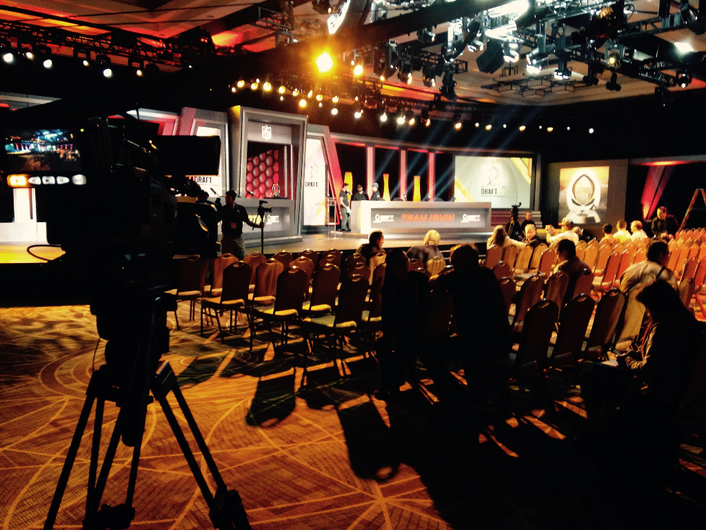 Sepowitz and ZenVideo spent the rest of the week leading up to the big game covering various associated events both in and around the stadium, such as team arrivals, press conferences, media day and various network programs, including morning shows and the Red Carpet for the league’s Honors show. For the big game itself, Sepowitz was busy doing sideline work for the pre-game as well as covering the losing locker room for the post game.

“As an independent freelancer, it is vital that I have good, reliable equipment, and Sound Devices continues to manufacture some of the best gear on the market,” adds Sepowitz. “I own pretty much everything that Sound Devices has released in the last 10 years or so. One of the things I really like about Sound Devices is that when they release a new product, it’s ready to go out of the box.”

The 664 features six ultra-low-noise, high-dynamic-range, transformer-less preamps that accept mic- or line-level signals and include analog peak limiters, high-pass filters, input trim control and direct outputs on every channel. Direct outputs for input channels 1-6 can be switched to six line inputs (7-12) for a total of 12 inputs. The 664 records up to 16 tracks of 16- or 24-bit broadcast WAV files to SD and/or CompactFlash cards. All inputs and outputs are individually selectable for recording, enabling the mixer to record up to 12 ISO and four mix tracks. With its dual card slots, the 664 can record WAV or MP3 content to either or both cards simultaneously, with the added ability to assign different tracks to each memory card.

Users can connect Video Devices PIX 240i to cameras with HD-SDI, 3G-SDI, or HDMI and record directly to QuickTime using a range of different Apple ProRes or Avid DNxHD codecs, including Apple ProRes 4444. Since PIX recorders use ProRes and DNxHD, files recorded in the field can be used directly in post production, making for simpler, faster workflows.

The PIX 240i’s high-performance five-inch, IPS-based LCD display is an accurate field monitor, providing users with immediate confirmation of framing, exposure, focus, audio metering and setup menu selections. It offers excellent color accuracy and contrast, great off-axis visibility and accurate motion tracking. The built-in hardware scaler and frame rate converter allows PIX to output and record material at different resolutions and frame rates than supported by the camera. Conversion between HD and SD, with and without anamorphic conversion, is available. The audio circuitry of the PIX recorders is based on Sound Devices’ award-winning 7-Series digital audio recorders. The low-noise (-128 dBu EIN), high-headroom, high-bandwidth inputs are mic/line switchable and include limiters, high-pass filters and phantom power.