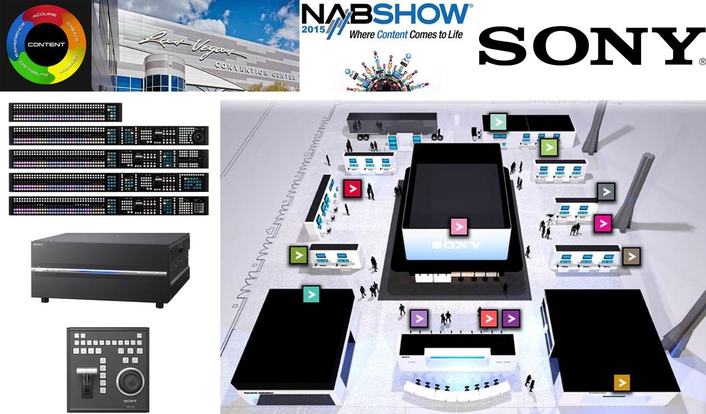 Sony will be exhibiting at Stand C11001 in the Central Hall
Sony is returning to NAB to showcase its latest developments around 4K technology and IP Live Production, as well as demonstrating its commitment to delivering end-to-end solutions that provide true value from acquisition to archive. Sony will expand upon its ‘Beyond Definition’ vision and show what exciting opportunities the future holds for the AV industry through Sony’s innovative new products and solutions.

One step the company is taking to help increase the amount of sports content created is a renewed effort around the Hawk-Eye intelligent production system, which has been used at the past two Wimbledon tennis tournaments, as well as for cricket and European football, to help bring multicamera coverage to smaller courts without the need for a large production crew. Player-tracking technology allows a camera to automatically focus on a player and also track his or her movements. 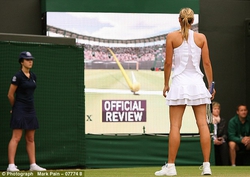 “It addresses the need of the lower 80% of the sports market,” said John Studdert, VP, U.S. sales and marketing, Sony. “We have had a great year with the top 20% of the sports market, and it is a great part of the market, but we’re also interested in the other 80%. So we have created Hawk-Eye and will expand into intelligent production with the ability to use the unique player-tracking technology that started at Wimbledon.”

“We’re really excited about where it can take us,” he said. “It can use up to 12 camera feeds and has color correction, and other settings such as iris control are right in front of the operator.”

Also new is the PMW-PZ1 deck, which offers playback of 4K material recorded on Sony SxS memory cards. It also allows simple copy and backup to a connected external USB storage drive. And, although not all 4K developments are available for public consumption, Sony’s advances with respect to the XAVC format are. 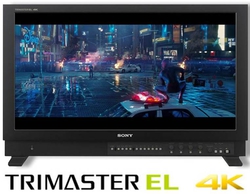 Sony will also introduce the BVMX300 4K OLED master monitor with 12-bit signal processing and dimensions of 29.25 in. wide, 19.25 in. tall, and 5.5 in. deep. The true-4K panel requires no scaling for any format and has accurate black levels, contrast, and a wide color gamut and dynamic range.

Visitors to the Sony stand will witness the stunning immersive quality of 4K and explore Sony’s ambitious plans across a range of applications, systems and services for 4K and beyond. With 4K, enhanced visual experiences are available to a wider audience than ever before. Sony has already demonstrated its commitment to the standard through a number of broadcast landmarks, including the 2014 FIFA World Cup Final, which was also streamed live to digital cinema screens for the first time ever in Ultra High Definition. The appetite for 4K among content creators and consumers is growing rapidly and at NAB, Sony will showcase how it will not only satisfy but also inspire this increasing global demand in 2015 and beyond.

Sony is also set to show how 2015 will be a landmark year for Sony and IP. IP enables multiple video, audio, reference signals and control data to be transmitted between devices using a single network cable. This simplifies live production systems, reducing installation costs and dramatically improves in the efficiency of video transmission. Sony has made significant advances in IP over the last year, including the first 4K over IP broadcast in Europe from IBC as well as spearheading the growing IP Live Alliance.