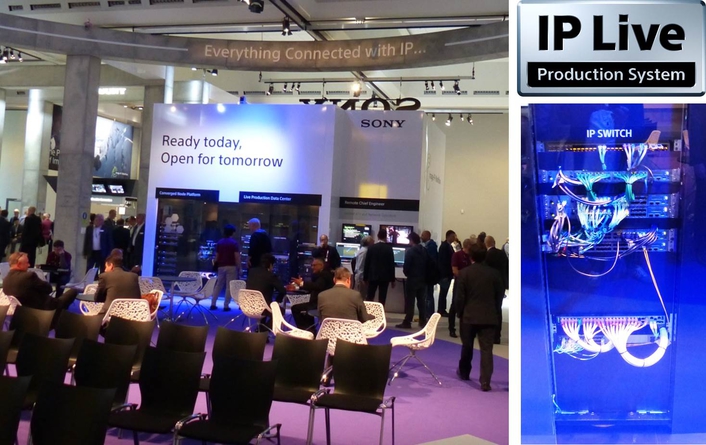 Working with all major industry alliances, Sony continues to develop a unified interoperable IP workflow that is ready today, and open for tomorrow

At IBC, Sony demonstrated further achievements in interoperability as well as unveiling six new IP Live based solutions. A core part of Sony’s strategy is its commitment to deliver fully interoperable solutions & systems that are ready to implement today, using current available standards while remaining open to upcoming future standards. Sony has played a strong role in the industry since 2012, starting from the Joint Taskforce for Networked Media (JT-NM), later joining the ASPEN and AIMS alliance groups, and more recently the AMWA NMI incubator project, driving the development of the Networked Media Interface framework. 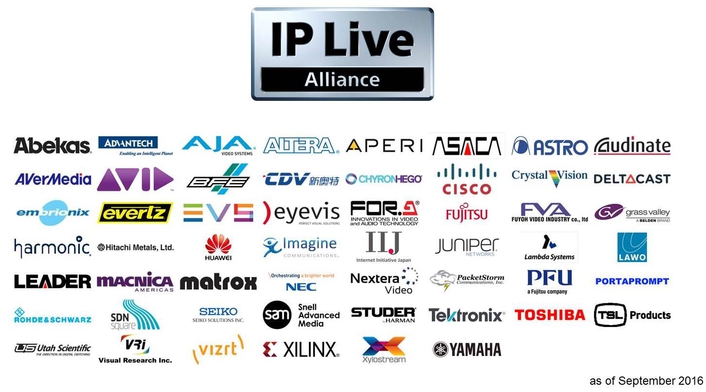 “Sony continues to demonstrate its role as a technology leader in the industry through our work both with industry standard bodies and industry manufacturer alliances, to deliver unified interoperability,” said Norbert Paquet, Live Production Strategic Marketing Manager at Sony Professional Europe. “At this year’s IBC we’re showcasing not only technical demonstrations but a complete end to end workflow of 4K/HDR Live Production over IP, Remote Production and Data Centre Architecture, all of which are interoperable with our Alliance Partners and ready today thanks to the Networked Media Interface (NMI). We are looking forward to not only working with our customers but also helping them on their journey to a more efficient live production workflow. Our new IP Live training course at our Centre of Excellence in Pinewood Studios opened in June this year, and has already successfully hosted its first training and interoperability tests.” 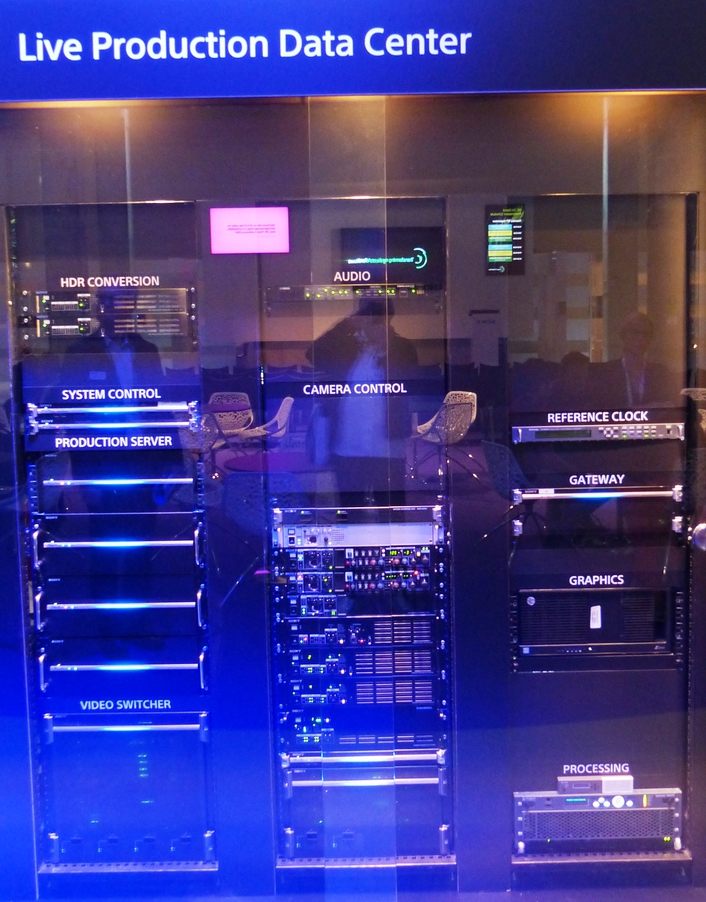 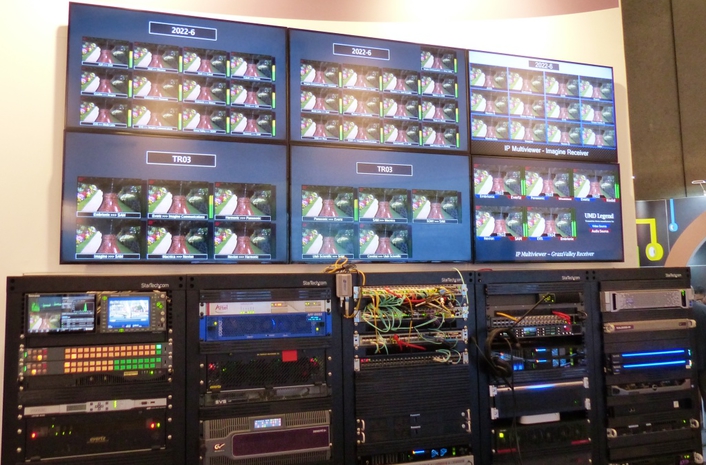 “The IP live Alliance is more than a technology alliance group,” continues Norbert Paquet. “It is the assurance that all manufacturers can access a complete framework of technologies to implement in their different systems, ensuring interoperability amongst them, rather than just accessing in part.  Sony believes this will approach will avoid the MXF situation where different implementations of the open standard resulted in industry wide interoperability issues. We must learn from that.” 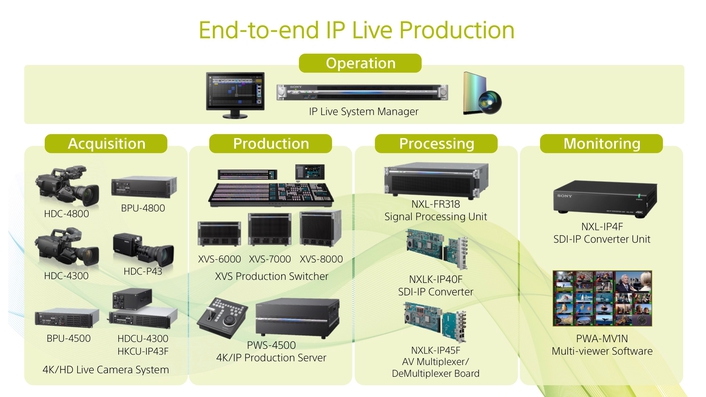 NXLK-IP45F: AV Multiplexer/DeMultiplexer board
Sony’s new processing board, NXLK-IP45F, enables to multiplex and de-multiplex video and audio over IP signals, with an SDI signal output that includes embedded audio. The board can undertake high quality 4K video and supports major audio over IP formats, including: Dante and AES67. Traditional SDI to IP conversion is also possible with this solution. 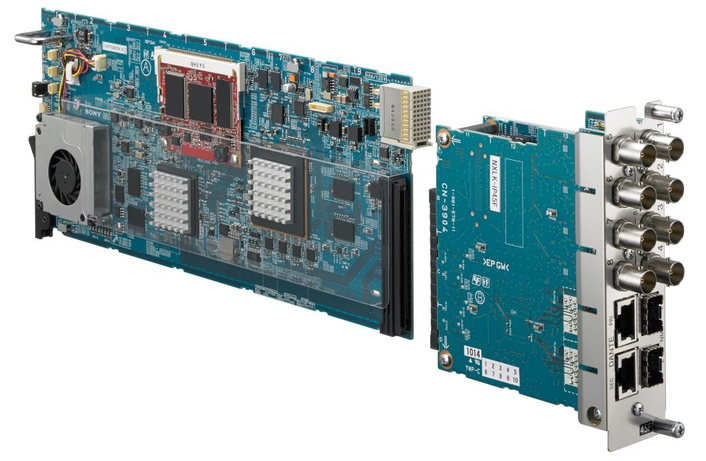 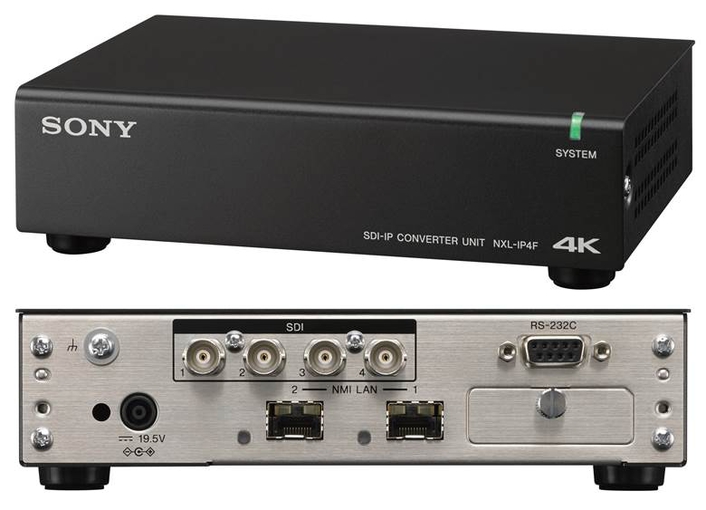 HKCU-IP43F: NMI board for HDCU-4300
Sony’s new Networked Media Interface (NMI) board for Sony’s HDCU-4300 camera control system enables easy connection to the IP Live System network. The HDCU system is easy to install in small OB trucks and is compact at only 2U in height. 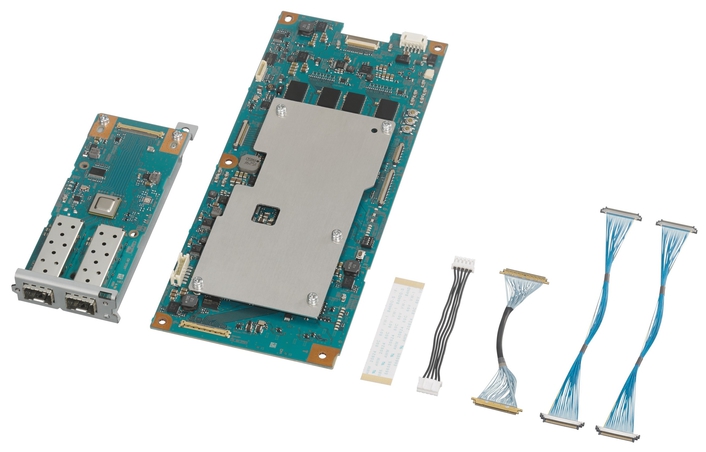 XKS-Q8111 and XKS-Q8166: NMI supported QSFP+ I/O board for XVS Series
Sony’s new Networked Media Interface (NMI) QSFP＋ I/O boards (input or output) for XVS switchers allow the direct connection to the core switch of an IP Live System network using 40Gbps fiber link. The XKS-Q8111 board is for input and XKS-Q8166 board is for output. 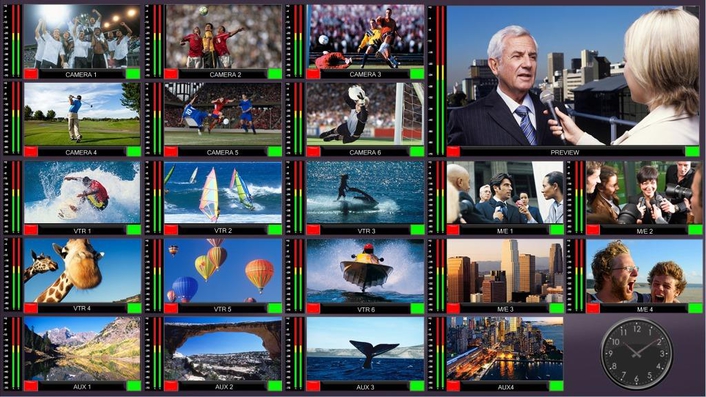 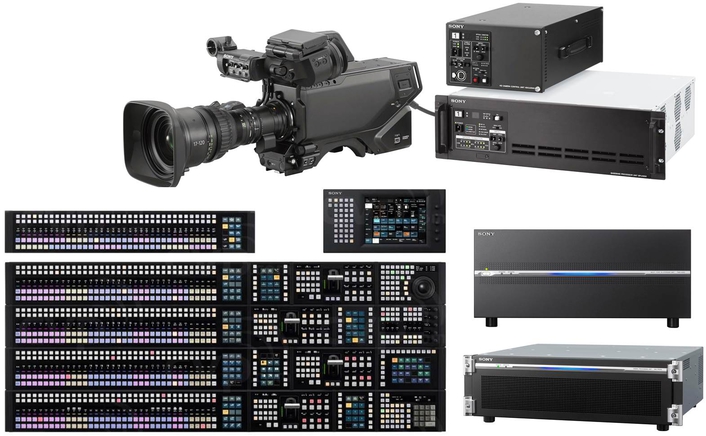 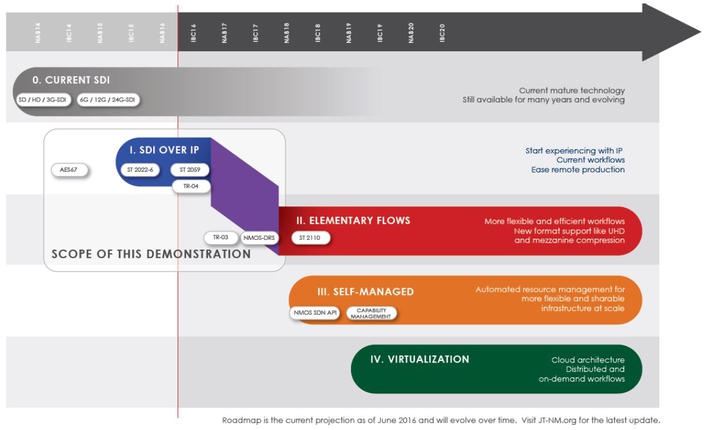 The Roadmap from SDI to IP