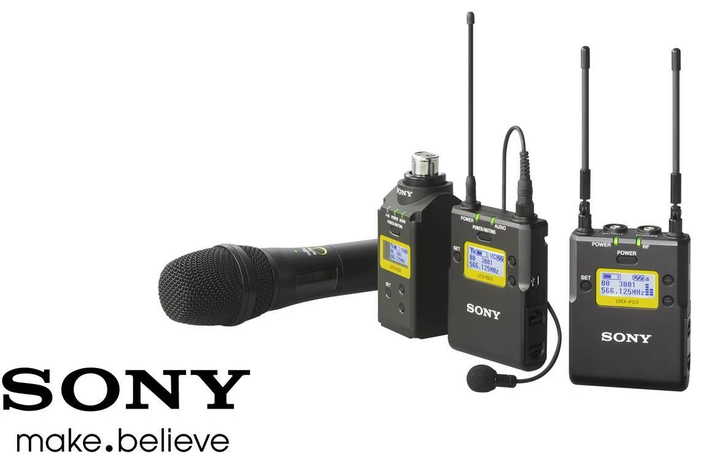 The new UWP-D wireless microphone series are small and lightweight, making them suitable for a wide range of needs, and are available in three packages: 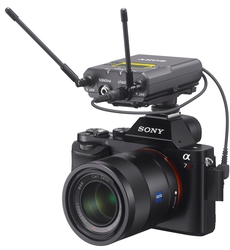 The new series employs fantastic wide frequency coverage, with a bandwidth of up to 72 MHz available. As a result, the UWP-D series covers 33 TV channels across Europe (272 MHz, between 470 and 790 MHz) and users can select from up to 2880 operating frequencies within this broad range.

UWP-D series also offers a True Diversity receiver (URX-P03) which results in an exceptionally stable audio signal being delivered from two independent receiver sections within the unit. Optimum signal quality is delivered by the two receiver sections and a comparison circuit constantly pulls the one with the best signal to give dropout free transmission.

The new large display on all UWP-D components gives more detailed information and is much easier to read on the bigger backlight LCD.

The UWP-D series’ components have a micro USB terminal* for connection to USB external portable power sources, allowing the unit to be powered by the camcorder during use, resulting in hassle free power. You can also load NiMh batteries into the belt-pack to be charged through the micro USB.

The UTX-M03 handheld transmitter is provided with a new Sony dynamic capsule; however it is the only microphone available within this price range that gives the option of interchangeable heads. Over 40 different capsules from various manufacturers can be mounted.

“The new UWP-D series has been designed with the production professional in mind. We have seen the growth of hand-held camcorder and DSLR use and believe that wireless microphones need to match and easily mount to these cameras using a new design of the light shoe adaptor” said Markus Warlich, Professional Audio Product Specialist, Sony Europe. “Also by using the variable output level a DSLR user will have an additional feature available, which will make great audio recording much easier”

The new UWP-D series is planned to be available in March 2014.