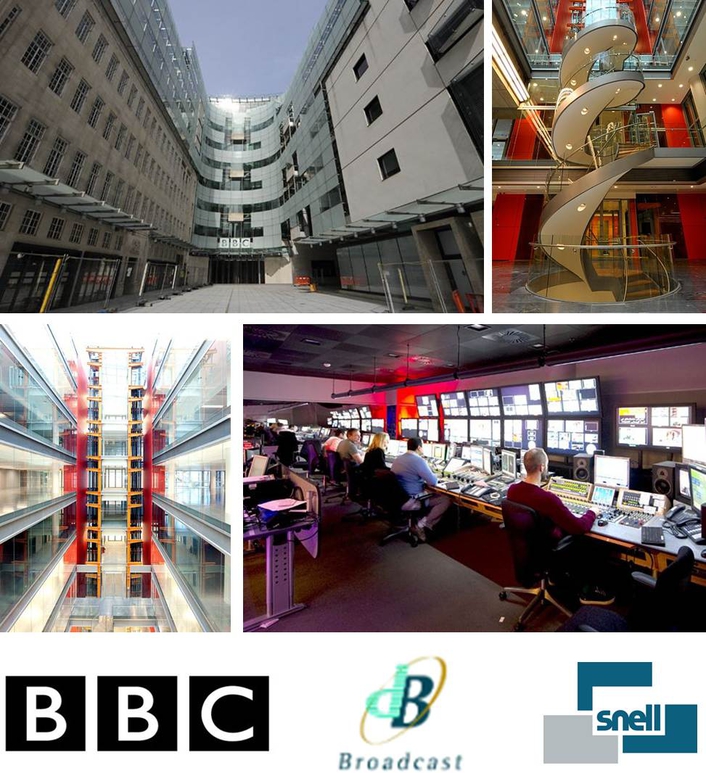 Kahuna Switchers to be Installed in Four Large Studios and Provide Advanced Multi-format Mixing for HD Broadcasts
dB Broadcast, one of the U.K.'s largest systems integrators, has chosen the Snell Kahuna HD/SD multi-format production switchers as central components in the BBC's Broadcasting House redevelopment in central London, W1. Installed in each of the four largest studios in the W1 centre, the Kahunas will drive live news programs and support a seamless migration to HD operations for the world's largest broadcasting organisation.

"Within the W1 development, the BBC is creating a centralized focus for its national and international news operations that will bring the World Service and the domestic news service together on one site," said Tom Swan, sales and marketing director for dB Broadcast.

The newly developed Broadcasting House will host one of the world's largest newsrooms. The Kahunas will see heavy service in three fixed-rig studios and one flexible-rig studio, switching all incoming content and clips for the 24-hour World Service and News Channel broadcasts, but will still draw from many sources that exist in SD and other formats — thus making the Kahuna's multi-format capabilities crucial. In addition to the four Kahunas, the W1 campus will feature two Snell Sirius 850 1152x1152 routers.

"At any one time, more than 10 million people across the U.K. will watch or listen to output from the new Broadcasting House, and every week at least 150 million people worldwide will tune into the World Service broadcasts," said Mark Gardner, sales director, Northern Europe and MEA at Snell. "The fact that the BBC will be using both our switching and routing solutions for such a visible and influential project on the global broadcasting stage speaks volumes for the versatility and reliability of our products, and we are pleased to be involved at such an integral level."

The BBC is the largest broadcasting organization in the world. Its mission is to enrich people's lives with programmes that inform, educate, and entertain. It is a public service broadcaster, established by a Royal Charter and funded by the license fee that is paid by U.K. households. The BBC uses the income from the license fee to provide services including eight national TV channels plus regional programming, 10 national radio stations, 40 local radio stations and an extensive website. BBC World Service broadcasts to the world on radio, on TV, and online, providing news and information in 32 languages. It is funded by a government grant, not from the license fee. The BBC also has a commercial arm, BBC Worldwide. Its profits are returned to the BBC for investment in new programming and services.

dB is an expert in broadcast system design and installation from studio through to transmission and is one of the U.K.'s largest independent systems integrators. dB also designs and manufactures broadcast products including the Hawkeye range for switching/monitoring broadcast signals and receiving DVB-T2, Showman analogue TV receiver, Cardinal MDUs, and Special products.