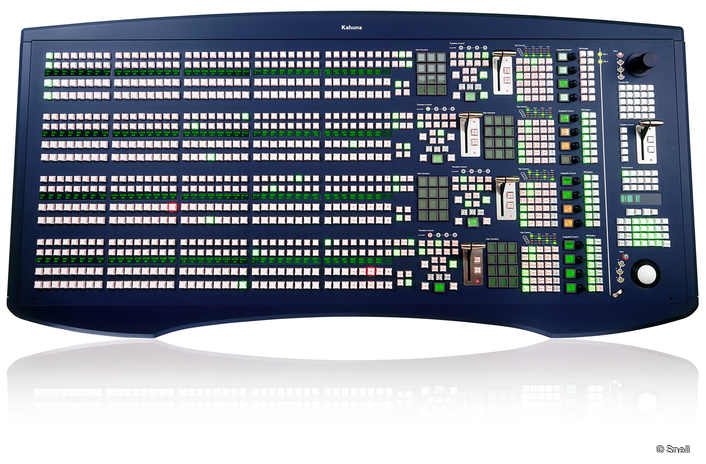 Kahuna Multiformat SD/HD Production Switcher
Chinese broadcaster Shenzhen Media Group (SZMG) has chosen Snell's Kahuna multiformat SD/HD production switcher as the centerpiece of its strategy to expand its outside broadcasting (OB) capabilities. With the Kahuna switcher installed in SZMG's new, state-of-the-art HD vehicle, the broadcaster is well-equipped to cover even the largest sporting and entertainment events and to perform the complex hybrid SD/HD conversions such major events require.

Coverage of the 16th Asian Games

SZMG, a regional television and radio network serving China's Guangdong province, set out to commission the new HD vehicle in order to facilitate local coverage of two highly visible upcoming sporting events: the 16th Asian Games, scheduled for 2010 in Guangzhou, and the 26th Universiade, an international multisport event sponsored by the International University Sports Federation (FISU) scheduled for 2011 in Shenzhen. The new vehicle serves as a mobile control center and will provide immediate OB facilities for production, communication, and networking to support live production and post-production for large-scale events and activities. Since the OB truck will be broadcasting in both HD and SD and will be drawing from content sources in a wide range of formats, multiformat capabilities were a critical requirement for the system design. Therefore, CSS recommended the Snell Kahuna switcher to anchor multiformat and conversion operations for the project.

Designed to operate in the 1080/50i HD format, SZMG's new vehicle processes feeds from eight HD camera sources with the capability to expand to a 14-camera operation through linkage with an electronic field production (EFP) system. The Kahuna switcher's mainframe includes a 3 M/E control panel configuration that can accept video sources in either SD or HD, and then mix them together with digital video effects and other components to output a live HD production. The OB system has been designed for maximum flexibility and easy expansion. The entire system is capable of accepting feeds from up to 20 cameras and external video sources. Within these sources, eight channels are synchronized HD/SD sources and 12 are asychronized.

"For its new OB system, SZMG was committed to choosing the most advanced products available for performing HD/SD multiformat production and conversion. That's why Kahuna was such an ideal choice for the production switcher," said Jonathan Mortimer, sales director, Snell Asia/Pacific. "With Kahuna onboard, the new OB vehicle can handle all formats required for outside broadcasting with the flexibility and expandability to enable the system to grow and adapt in the years to come." 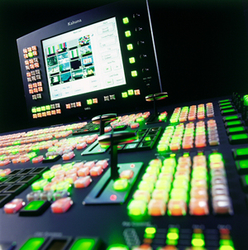 Kahuna from Snell is a true multiformat SD/HD production switcher. Thanks to a Snell technology called FormatFusion, Kahuna enables simultaneous SD and HD operations in the same mainframe and on the same control panel. This vastly simplifies the HDTV transition for broadcasters by eliminating the need for external HDTV up/down/crossconverters in the live production environment, as well as the cost and the signal path delay associated with these products. Kahuna has the smallest mainframe, lowest weight, and lowest power consumption when compared with other large switchers, and it has been integrated with dozens of third-party products including routers, servers, automation systems, and controllers.

Snell is a leading innovator in the digital media market. The company provides customers with a comprehensive range of solutions for the creation, management, and distribution of content, as well as the tools necessary to transition seamlessly and cost-effectively to digital, HDTV, and 3Gbp/s operations. Snell's Emmy® Award-winning image processing, live production, automation, and infrastructure technologies provide customers with the ultimate flexibility, operational efficiency, and ROI required in today's multiscreen world. Headquartered in the U.K., Snell serves more than 2,000 active customers in more than 100 countries through a worldwide team of sales and support personnel.