With Industry Expertise and Previous Experience in SMPTE Leadership Roles, Appointees Are Positioned to Make Immediate Impact
The Society of Motion Picture and Television Engineers® (SMPTE®), the worldwide leader in motion-imaging standards and education for the communications, media, entertainment, and technology industries, today announced that the SMPTE Board of Governors has named the Society's 2015 directors and has appointed new officers and governors to fill vacant positions.

"The 2015 directors and newly appointed officers and governors announced today represent the remarkable expertise and industry leadership that make the Society's membership so noteworthy," said Robert Seidel, SMPTE president and vice president of engineering and advanced technology at CBS. "Their ongoing contributions to the Society will enable SMPTE to continue its pioneering standards work, as well as its unique educational offerings for those within the motion-imaging field." 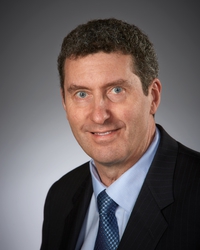 Paul Stechly, SMPTE Finance Vice President
Stechly is president of Applied Electronics Limited. He joined Applied Electronics in 1983 when he founded and operated the Audio Visual Division, and he assumed the role of president in 1998. Stechly holds seven patents in multimedia technology. He has been heavily involved with the SMPTE Toronto Section, including serving as Section Chair. He is a graduate of the University of Waterloo in economics and completed postgraduate work at the University of Western Ontario. 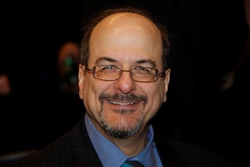 William C. Miller, SMPTE Membership Vice President
Miller is president of Miltag Media Technology LLC, a consultancy specializing in technical standards for television and related industries. He has been a broadcaster for 40 years, earning an Emmy® Award for his contributions to ABC's coverage of the XV Olympic Winter Games, and has been actively involved in the development of television standards for more than 25 years. Miller is a SMPTE Fellow, and he was awarded the Society's Progress Medal in 2002 and its Presidential Proclamation in 2013. He has held numerous leadership roles not only within SMPTE, but also within the IEEE (Institute of Electrical and Electronics Engineers) Broadcast Technology Society (BTS) and the Advanced Television Systems Committee (ATSC). 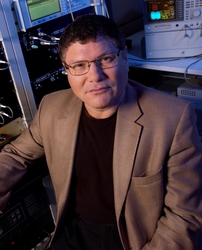 Andrew G. Setos, Hollywood Region Governor
Setos is CEO of BLACKSTAR Engineering Inc. and the founder and chairman of SellThruCo Inc. During a 24-year stint at the Fox Group, he rose to president of engineering and was involved in almost every aspect of content creation and distribution. Setos was the lead engineering and operations executive for the launch of MTV and earlier served as chief engineer at WNET, where he was involved in innovative, award-winning productions including "Live from Lincoln Center," "Dance in America," "Bill Moyers Journal," and the "MacNeil/Lehrer NewsHour." In addition to holding a variety of patents, Setos is a SMPTE Fellow and has been awarded three Emmy® Awards for Engineering from the Academy of Television Arts & Sciences (ATAS), the most recent being the Charles F. Jenkins Lifetime Achievement Award. 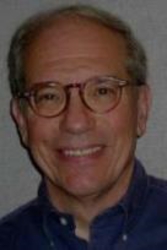 Douglas I. Sheer, New York Region Governor
Sheer is CEO and chief analyst of D.I.S. Consulting Corporation, a research partner of the NAB Show. Formerly a hands-on producer/editor/colorist, he was advertising manager of JVC USA at the launch of VHS technology, and at advertising agency Ted Bates was account supervisor of Panasonic, Matsushita, and Technics accounts. Sheer was associate publisher of BM/E and World Broadcast News and group publisher at K.I.P.I., as well as editor and publisher of numerous books and directories. He edited and published the first NAB Daily in 1984, as well as the Broadcast Asia Daily in the 1990s. Sheer has been a contributor and columnist at a dozen magazines globally, including the IBC Daily News for 32 years. A member of SMPTE since 1972, he has previously served as the New York Section chair. In 1974, Sheer founded Artists Talk on Art, the art world's longest-running aesthetic panel series, which he now chairs.

Bob Edge, SMPTE Standards Director
Edge, who is president of Bob Edge TV Consulting, has been active in television standards work for more than 20 years, participating in projects with SMPTE, IEEE, the Internet Engineering Task Force (IETF), the European Broadcast Union (EBU), Video Services Forum (VSF), and the Advanced Media Workflow Association (AMWA), among other organizations. He has served as a technology committee chair, is a Life Fellow of the Society, and has contributed to the development of 19 SMPTE standards and registered disclosure documents (RDD). Edge also is the author of numerous technical papers describing the application of information technology and data networking for television production. In 2012, he received the SMPTE Excellence in Standards Award.

Paul Treleaven, SMPTE Standards Director
Treleaven is Secretary of the SMPTE 30MR TC, having chaired this and other SMPTE standards groups. He is a member of the International Association of Broadcasting Manufacturers (IABM) Technical Task Group, representing the IABM at SMPTE and the Audio Engineering Society (AES) standards meetings and EBU technology committee meetings. Treleaven is also a member of the U.K.'s National Standards Body for International Electrotechnical Commission (IEC) Technical Committee 100. He has served as SMPTE International Region governor and is a SMPTE Fellow. He was a cofounder of Avitel, a company dedicated to designing and manufacturing video, audio, and timecode distribution and processing equipment, and served as the company's technical director until 2001.

Howard Lukk, SMPTE Standards Director
Lukk is the former vice president of production technology at The Walt Disney Studios, where he was responsible for helping to incorporate new technologies into the studio workflow. He earlier served as director of technology for Digital Cinema Initiatives (DCI), where he researched and documented digital cinema system specifications. Lukk recently finished directing his second short film, titled "Emma" (2014). This project followed his directorial debut, "Make Believe" (2013), which was shot in 3D with the prototype hybrid 3D camera rig in Berlin. He has been named the director for the production of the SMPTE documentary, "Moving Images." Lukk is a SMPTE Fellow and an associate member of the American Society of Cinematographers (ASC).

Karl Kuhn, North American Membership Director
Kuhn is the senior video systems applications engineer at Tektronix, where he supports digital audio and video, compression, Internet protocol, file-based, and radio frequency test and measurement. He holds three U.S. patents and one Japanese patent that cover in-service testing of digital broadcast video. Kuhn served on the National Academy of Television Arts & Sciences (NATAS) Technical and Engineering Emmy® Committee from 2007 to 2010; he is the past chair of the Washington, D.C., SMPTE section; and he currently serves as the SMPTE Eastern Region governor.

Michael DeValue, SMPTE Education Director
DeValue is the director of advanced technology at The Walt Disney Studios, where he is responsible for standards, as well as for researching new technologies — such as 3D, 4K, and high dynamic range — related to content distribution. He has co-chaired several groups related to 3D in the home for SMPTE and presented a session on captions in stereoscopic 3D at the SMPTE 2010 Annual Technical Conference & Exhibition. DeValue is an active participant in the Blu-ray Disc Association and DCI, and he is also the current chairman of the International 3D & Advanced Imaging Society.

V. Michael Bove, SMPTE Education Director
Bove holds an S.B.E.E., an S.M. in visual studies, and a doctorate in media technology, all from the Massachusetts Institute of Technology (MIT), where he is the head of the Object-Based Media Group at the Media Laboratory. He is the author or co-author of more than 90 journal and conference papers; holds patents on inventions relating to video recording, hard copy, interactive television, and medical imaging; and is co-author of the book "Holographic Imaging." He is on the Board of Editors of the SMPTE Motion Imaging Journal; has served as associate editor of the journal Optical Engineering (OE); and is a fellow of the SPIE and the Institute for Innovation, Creativity, and Capital.

Peter Putman, SMPTE Education Director
Putman is the president of ROAM Consulting L.L.C. and consults on technology and economic trends in display devices, wireless connectivity, display interfacing, video compression, and mobile electronics. He is an InfoComm Senior Academy Instructor for the International Communications Industries Association (ICIA) and was named its Educator of the Year for 2008. Putman is on the Board of Editors of the SMPTE Motion Imaging Journal, is a contributing editor for Sound & Communications magazine, and publishes the website HDTVexpert.com.

Al Kovalick, SMPTE Education Director
Kovalick, founder of Media Systems Consulting, has worked in the field of hybrid audiovisual and IT systems for the past 20 years, and he currently focuses on media systems, file-based workflows, and cloud migration for media facilities. His book, "Video Systems in an IT Environment," was the first to cover the salient aspects of the convergence of audiovisual and IT systems. Kovalick has presented more than 50 papers at industry conferences worldwide, and he holds 18 U.S. and foreign patents. In 2009 he was awarded SMPTE's David Sarnoff Medal for engineering achievement. Kovalick is a life member of Tau Beta Pi, an IEEE member, and a SMPTE Life Fellow. He is the "Cloudspotter's Journal" columnist for TV Technology magazine.

About the Society of Motion Picture and Television Engineers® (SMPTE®)
The Oscar® and Emmy® Award-winning Society of Motion Picture and Television Engineers® (SMPTE®), a professional membership association, is the preeminent leader in the advancement of the art, science, and craft of the image, sound, and metadata ecosystem, worldwide. An internationally recognized and accredited organization, SMPTE advances moving-imagery education and engineering across the communications, technology, media, and entertainment industries. Since its founding in 1916, SMPTE has published the SMPTE Motion Imaging Journal and developed more than 800 standards, recommended practices, and engineering guidelines.
More than 6,000 members — motion-imaging executives, engineers, creative and technology professionals, researchers, scientists, educators, and students — who meet in Sections throughout the world sustain the Society. Through the Society's partnership with the Hollywood Post Alliance® (HPA®), this membership is complemented by the professional community of businesses and individuals who provide the expertise, support, tools, and infrastructure for the creation and finishing of motion pictures, television programs, commercials, digital media, and other dynamic media content.