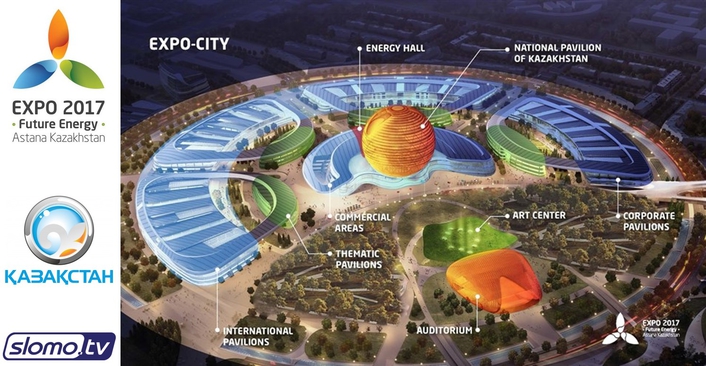 Slomo.tv, a leading international supplier of cost-effective, high performance server-based video recording and replay systems, has provided  its newly introduced Dominator AT/3G production servers to the Kazakhstan state broadcaster. The servers provide essential content record, storage and replay facilities to the televising of the Astana-based international exhibition, EXPO 2017, which is currently underway. With 115 participant countries and over two million visitors predicted to attend, this event takes on great political as well as cultural significance in the central Asian region.

Another significant challenge presented itself in terms of restricted opportunities for rehearsal of the opening ceremony. There were very few occasions for the artistic teams and TV production teams to rehearse together. The cost and logistical challenges prevented several re-takes, but with Slomo.tv’s Dominator AT/3G servers the broadcaster’s team could "turn the clock back" and review the live material to select the best camera positions, focus, shot sequences and many other parameters. The broadcaster used a Dominator feature called ‘The Academy’.  This software-based option enables the Dominator system operator to synchronously replay and mark all recorded channels in order to choose the best, most impressive shots to be included within the live broadcast stream.

During the rehearsal, two Dominator servers took live feeds from 16 HD production cameras. Immediately after capturing content the production director and producer could replay and mark up all the streams to create the best combination of shots. Also, this facility provided the broadcaster with a backup copy of all of the opening ceremony for contingency purposes.

Introduced at NAB 2017, each Dominator AT/3G server system provides SSD storage of 266 hours of 100mbit HD video. At EXPO 2017, this large storage capacity enabled the production team to record and store several days filming material with no need for back-up the material to external storage systems.  As well as recording up to 12 3G SDI video channels, Dominator AT/3G can simultaneously replay any channel with smooth speed control. An embedded multi-viewer provides ultra-fast access to all recorded material on both HDMI and/or SDI output.

"With Dominator servers we created a unique opportunity to train and rehearse the entire team from directors and cameramen through to replay system operators,” commented Eduard Tkachenko, Head of Technology for the Ceremony Videoproduction EXPO 2017. “With Slomo.tv technology we've managed to find the best camera combination and create within a live broadcast a ‘presence feeling’ for our audience around the Globe. 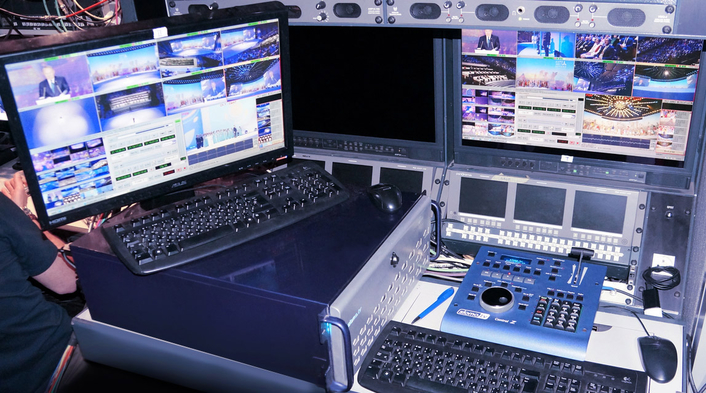 “With all content saved on just two servers this saved us cost in several areas and simplified the production of the souvenir Blu-Ray Disc of EXPO 2017.  We benefited from our relationship with Slomo.tv in terms of its cutting edge technology and also the great support they provided to our production team,” concluded Mr. Tkachenko.

Building on the success of previous models, the new AT/3G line offers enhanced replay capabilities, where two operators can work simultaneously on the same unit. Since the system has four independent graphic outputs each operator can work on the main GUI and a separate multi-viewer monitor simultaneously. In replay mode, the operator can display up to six recording channels and two video playback channels, as well as having access to five channels for clip marking and playlist editing.

About Kazakhstan Republic TV & Radio Corporation
Kazakhstan Republic TV & Radio Corporation is the 100% State owned TV and Radio broadcaster of Kazakhstan. The TV channel "Kazakhstan" is located at the Kazmediacenter in the capital city, Astana and supports a regional network around the country. The channel’s programming includes news, current affairs and entertainment programmes in the Kazah language, and is one of the most important news media and entertainment channels not only for Kazakhstan, but for also for Central Asia.

About Slomo.tv
Established in 2007, the company has successfully introduced complete lines of high quality multi-channel professional recording and instant replay products. Slomo.tv has brought to market a number of effective solutions for tapeless video production technology. Slomo.tv systems, such as Dominator and Simple R, are widely used on major TV channels, and the company’s video judging system for sports, videoReferee®, has become an integral part of many sport arenas worldwide.