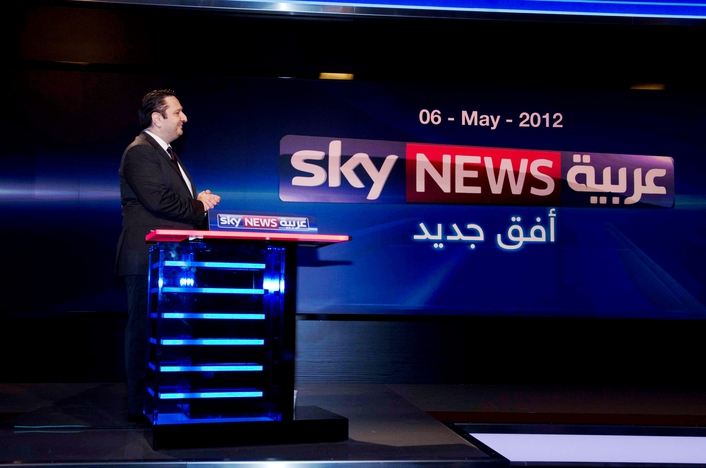 The launch of 24-hour Arabic language breaking news channel Sky News Arabia on May 6, 2012 is set to reach television households across the Middle East and North Africa (MENA) region following the signing of distribution deals with a number of premium television platforms, including OSN and the Abu Dhabi TV Network in High Definition and the Etisalat eLife TV and du IPTV platforms in Standard Definition. Sky News Arabia has also concluded agreements with EUROSTAR, a leading provider of multimedia services, to make the channel available in hotels across the MENA region as well as with Livestation for worldwide live internet streaming.

In a first for the region, the network will also be available across all multimedia platforms from launch with apps available for iPads and smartphones as well as a rich content website at www.skynewsarabia.com.

Nart Bouran, head of Sky News Arabia, said:  “The key objective of any news organization is to provide accurate, independent breaking news 24 hours a day to widest possible audience.  With these distribution deals Sky News Arabia can deliver on that promise, online, on mobile and tablet devices and with the widest reach on television.“Our fresh, fast paced, continuous rolling news coverage and our completely integrated multimedia offering means our viewers get the breaking news first, whenever they want, in the format they want it.”

Sky News Arabia will be broadcast free-to-air on Nilesat 201, Transponder 14 and on ArabsatBadr 4, Transponder 15. In addition the channel will be available on OSN channel 122 in HD and 123 in SD, Etisalat eLife channel 234 and du channel 16.

About Sky News Arabia
Launching on May 6th 2012, Sky News Arabia will be a free-to-air 24-hour Arabic rolling news channel reporting the news as it happens in HD. Set up as a joint venture between Abu Dhabi Media Investment Corporation (ADMIC) and British Sky Broadcasting (BSkyB), Sky News Arabia is based in Abu Dhabi and will broadcast to over 50 million homes in the region. It aims to deliver fresh, fast and independent news from across the Middle East and North Africa (MENA). The channel will deliver the news across multiple platforms including online and mobile devices to provide fast news on the go.

Sky News Arabia will be an Arabic channel for Arab viewers, delivering politics, economics, business, sport, lifestyle, technology and cultural news with 23 presenters from across the Arab world. Sky News Arabia has 10 bureaus across the region as well as in London and Washington, and will draw upon Sky News’ network of bureaus around the world for international coverage.

The channel, which promises “a new horizon” for news reporting across the Arab world, will be available on Transponder 15 on Arabsat Badr 4, Transponder 14 on Nilesat 201, on du IPTV and Etisalat e-Life platforms in SD plus in high definition on the OSN pay-TV platform as well as the Abu Dhabi TV network, in addition to EUROSTAR for hotel distribution and Livestation for live internet streaming.