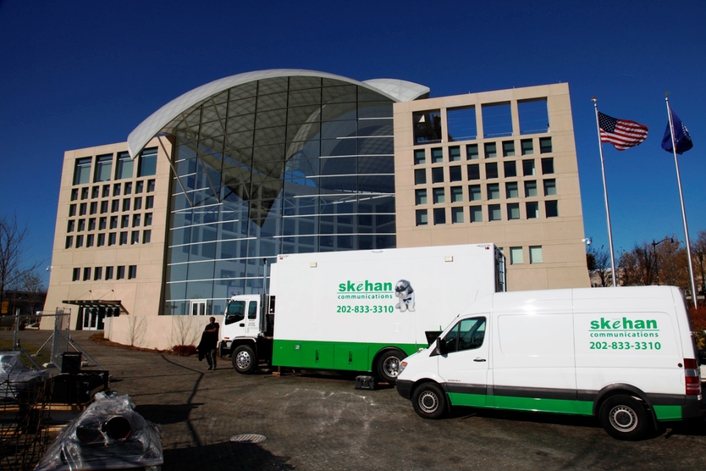 Skehan Communications, a leading video production and transmission company provides multi-camera HD video production, webcasting, satellite uplinks and other unique services to broadcasters, Fortune 500 companies, professional associations and government agencies. Though based in the Washington-Baltimore region, their projects have taken them to many impressive locations from San Francisco to Boston.

The company prefers to own its equipment and facilities so seldom relies on   outside sources. Its eight-camera mobile production truck, named “Kiwi”, is readily adaptable to any kind of HD television production requirement, thanks in      part to its multi-camera recording system based on the Matrox VS4 quad HD-SDI       capture card and the VS4Recorder Pro software.

The Drive for Change
Before integrating the Matrox-based system into their equipment arsenal, the production truck already had six disc-based media recorders. Then one client had a specific need to record eight camera feeds as well as two program feeds, increasing the requirement to ten recording channels. At a cost of approximately $3600 per recorder, adding the extra capacity with more of the same recorders was not an affordable solution and wouldn’t offer the desired operational flexibility and ease of retrieving and moving files around. 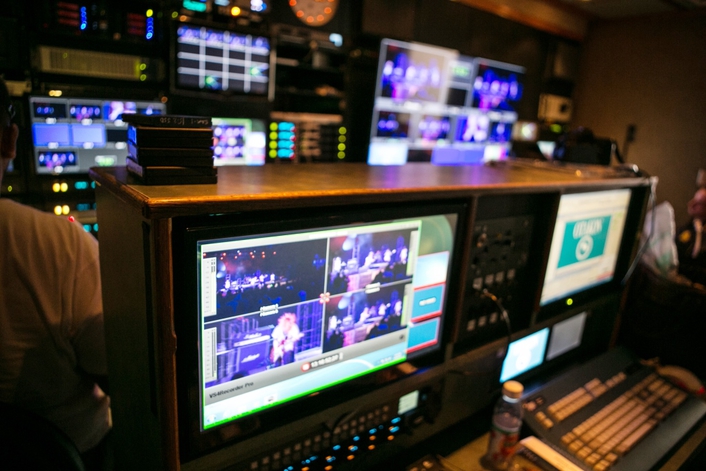 VS4Recorder Pro in the foreground - inside the production truck

Mike Skehan, CEO of Skehan Communications was on the lookout for a capture card on which to base a multi-channel HD recording server. The solution had to be financially practical and at the same time not make the operational workflow overly complex.

Plus, Skehan saw the growing need for redundant recordings at varying bitrates using a variety of codecs. He wanted to get “the most versatility and efficiency for as small a cost as possible.” The company had already transitioned away from video tape recorders (VTRs) to file-based workflows for recording and playback. Now it was time to find a more efficient and affordable solution to meet clients’ needs.

Solution Discovered
After exploring several hard drive-based options, Skehan found a few custom recorders that suited the need, but at a cost of about $5000 per recording channel. Then he came across Matrox VS4. “The VS4, with its VS4Recorder Pro software and VS4Control feature, seemed to hold the promise of an affordable solution,” said Skehan. “It had everything needed to record HD video for multiple channels.” 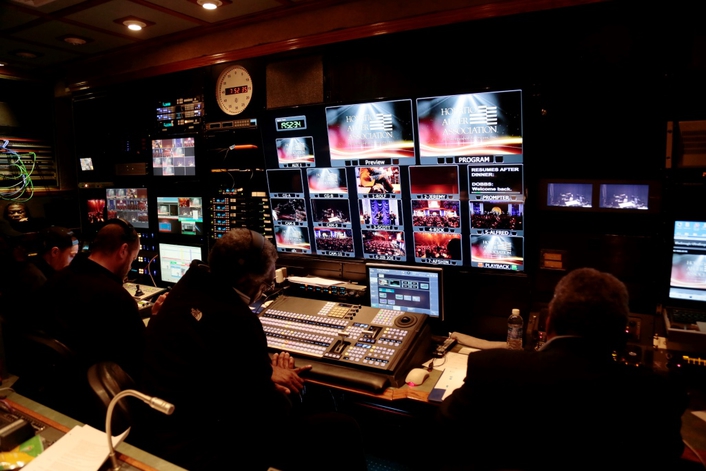 When Skehan Communications tackles a show, there are often varying recording needs to be met. The most basic is to record a main program along with a program backup. However, many clients want their main camera, and perhaps others, recorded as isolated (ISO) feeds. This covers them in case of a misstep in the program switching. ISO recordings are also used in post-production to produce varying versions of the event. In the Skehan truck, all recorders have routable inputs, so the VS4 recording server’s four channels can be used for any source coming into, or generated by, the truck.

A necessity of  recording is the ability to share a common time code across all the equipment. VS4Recorder Pro offers three options for master time code set up — Embedded SDI, System Time, or Time of Day. The system Skehan built uses an external GPS-based time code generator to reference their server’s system clock, so every recording has exactly the same time code.

One of the larger shows Skehan Communications has covered is the annual Horatio Alger Awards & Induction Ceremonies dinner held at the DAR Constitution Hall to honor new members. This is an organization of philanthropic individuals whose mission is to promote and fund higher education for disadvantaged students. This remote production typically entails four days of work: two days of set up, a day of rehearsal, and the show day. In previous years, only a few selected feeds could be ISO recorded and that proved inadequate when it came time to edit after the event. This year, ten cameras including two robotics were used and all feeds were ISO recorded. In addition to the ISO recordings, two program recordings were done. VS4Recorder Pro made it easy to meet all the recording requirements synchronously so the show was covered in its entirety without missing anything. 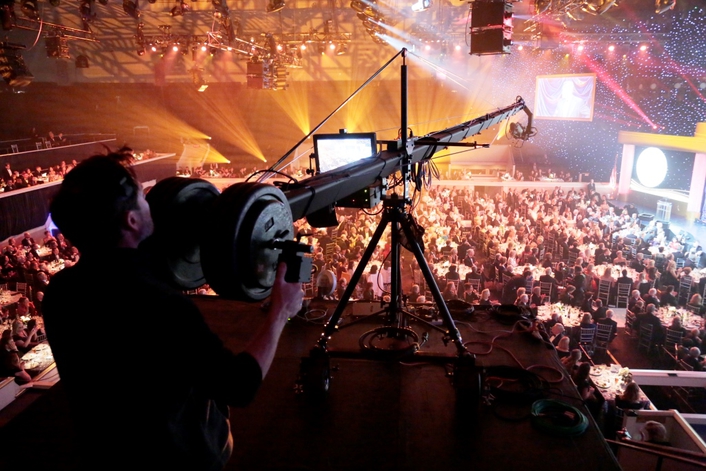 Workflow and Benefits
Having four HD recording channels in a networked 4RU server chassis, the ability to record to multiple codecs, in varying bitrates, and the capability to record to a wide variety of storage devices - including to a RAID (redundant array of independent disks) - has made the production process a lot easier for Skehan Communications and its clients. The new workflow, with the redundancy offered by the RAID, provides an added measure of security and reliability, and thereby peace of mind, when compared to the earlier workflow where the portable media recorders saved the files to independent hard drives.

Many clients request file-based recording of their events and the codecs available in VS4Recorder Pro ensure Skehan Communications can deliver the formats they need. VS4Recorder Pro lets users capture video to industry-recognized codecs that can be used with leading editing applications without transcoding. The efficient, high-quality Matrox MPEG-2 I-frame codec at up to 300Mb/s is provided in an AVI wrapper. H.264 is provided in either MOV or MP4 wrappers. And DV/DVCAM, DVCPRO, DVCPRO50 and DVCPRO HD QuickTime files are provided in MOV wrappers. Global audio settings include audio codecs for .wav and .aac files with bit rate, bit depth and stereo/mono options.

Clients can easily edit these files with Adobe Premiere, Edius or any other popular NLE system. The synchronized files produced by VS4Recorder Pro facilitate clients’ multi-camera post-production process. Because VS4Recorder Pro records to standard H.264 files, video can also be played back immediately and without transcoding by any standard media player such as VLC and QuickTime. No special viewing software is needed.

When asked for his opinion on the ease of use of the VS4Recorder Pro software, Skehan said, “I think the user interface is pretty straightforward. It didn’t take me long to figure it out. I never even had to pull out the manual.” 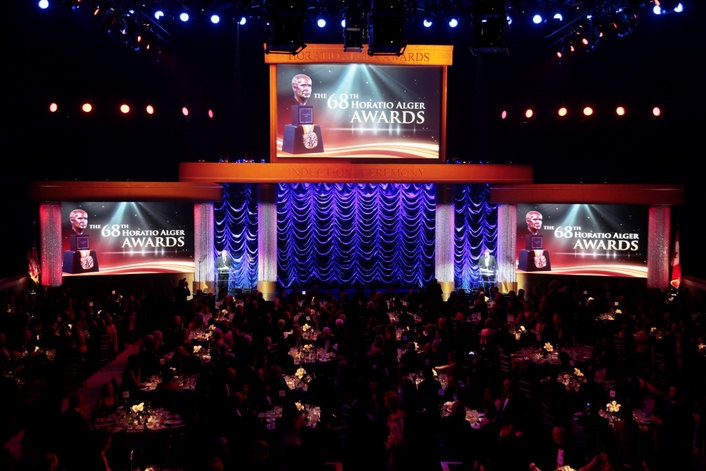 Results
Commenting on the economical aspect of the VS4-based solution, Skehan says “I was able to build our four-channel HD recording server for a little more than the cost of a single-channel recorder. Video quality is just as high and we have the added benefit of perfectly synchronized files.”

Future Plans
The first Matrox VS4-based quad recorder has been such a success that Skehan is planning to build more, and will likely make them his primary recorders. Some will be transportable to be used with Skehan’s HD production switcher packages or in the production truck, as needed. By leveraging the VS4Control feature in the VS4Recorder Pro software, any number of systems can be easily controlled in a master/slave configuration, eliminating the need to develop a control system using a developer’s kit. For example, recordings can be started simultaneously across multiple VS4 systems with a single action. With this setup it is possible to have unlimited number of recording channels, all synchronized!