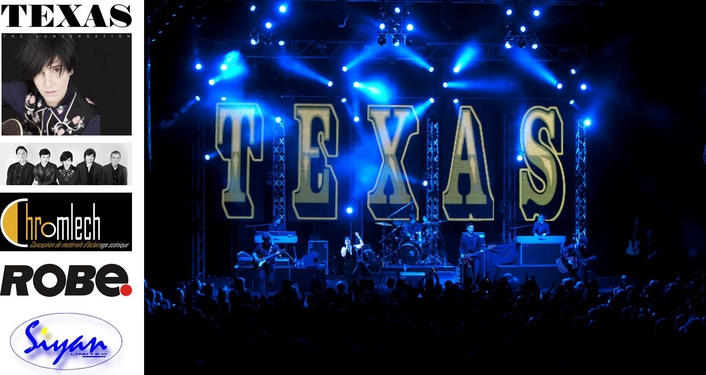 .
UK lighting and visuals rental company Siyan has made its first investment in Chromlech’s Elidy product, with the purchase of 24 x Elidy-S panels which went directly out on the current Texas tour, as specified by Lighting Designer Paddy Farr. Texas are one of the most successful and enduringly popular pop-rock bands in the world, with a string of chart topping albums and singles dating back to their inception in 1988.

Siyan is supplying all the tour’s lighting and associated rigging, a project that started off as a floor specials package for some of the smaller shows in Europe and then expanded to the full production rig for the latter half of Europe and the UK section as the venues increased in size.

Siyan’s Project Manager Jez Johnstone comments, “Paddy came up with a really versatile, flexible design, complete with a great ‘classic’ look and feel to it, and we are very happy to be working with him on the tour”. 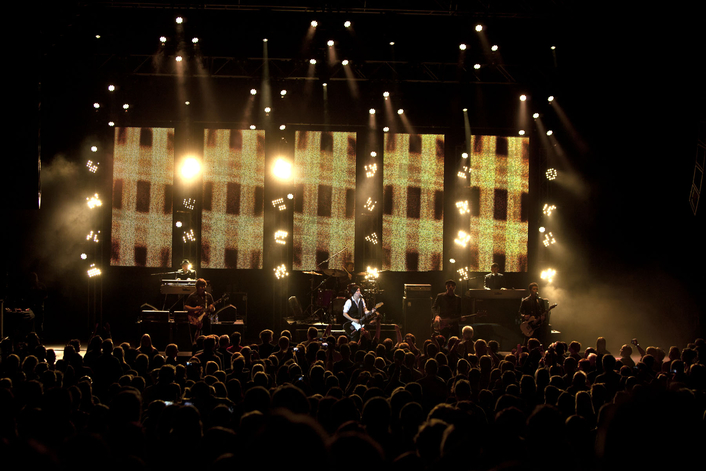 Farr was not given a brief as such for the design, but when he initially spoke to lead vocalist Sharleen Spiteri, she mentioned that one of the best lightshows she’d ever  seen - some years back now - had been for space rockers Spiritualised.
By a completely remarkable coincidence – this happened to be one of Farr’s creations!

For Texas he decided on a touch of ‘old-skool’ and initially had Queen style big blocks of lights retro in his mind. He then quickly realized that in this day and age … this would be shockingly wasteful in electricity consumption!

Enter Robe’s little LEDBeam 100s!
In a flash of inspiration, Farr realized that in these super-bright hand-bag sized products, he had a great solution that would provide the aesthetic he was imagining – in a very eco-friendly format!

He designed seven flown pods into the stage architecture which were custom fabricated by Siyan – and each loaded with nine LEDBeam 100s. The effect was bang on!

Continuing on the theme of nines and multiples of lightsources in matrix-like configurations that would lend themselves to being mapped … he hit on the Elidy-S panels, which also produce a beautiful tungsten effect and look fantastic on his six upstage floor based vertical truss sections.

They are used judiciously for producing all sorts of effects from pyro-like liquid glitter cascading down the trusses to big blasts of blinding apocalyptic light and strobe like effects as well as mesmeric animations maximizing the mapping capabilities. Lots of visual fun!

There are three over-stage lighting trusses – front, mid and rear. The back and mid trusses are rigged with seven Robe MMX Spots each, the front and mid each have eight 2-lite Moles, and the front truss has eight Martin MAC2Ks plus eight ETC Source fours for band keys.

Two i-Pix Satellites per tower are used to tone the six towers and in addition to the 63 LEDBeams in the flown pods, there are also another 15 attached to the towers. 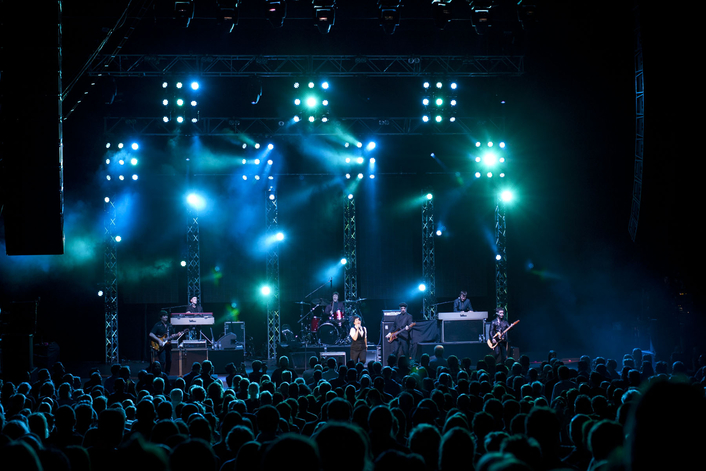 All the lighting is controlled on Farr’s own ChamSys Maxi Wing with a PC playback Wing triggering the video content, stored on a MacBook Pro running Resolume.

In between each of the six towers were five columns of Stealth LED screen supplied by XL Video.

Farr is joined by Siyan’s crew of Matt Morris and Jonty Rivers on the tour, and he comments, “Siyan is my rental company of choice at the moment. They are doing lots of interesting work and have their finger on the pulse in terms of having the right technology for the moment. Jez is an excellent Project Manager and the company is easy to work with in all respects”.