From Sitcoms To Zombies 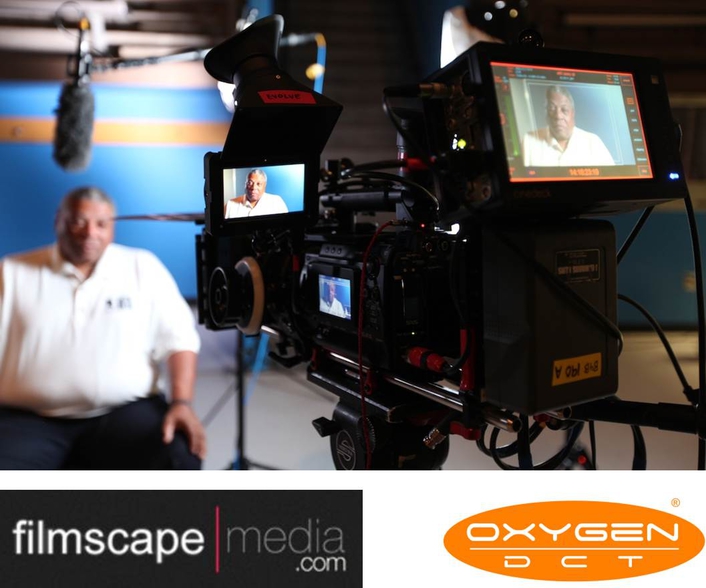 Established in 2005 by two independent filmmakers, West London-based Filmscape is passionate about the latest digital technology. As one of the major UK suppliers of film and television equipment, Filmscape’s customers include most of the UK’s top TV networks, production companies and indie producers, as well as major universities and UK film schools.

Anthony Holt, Filmscape’s Operations Director, says: “We are passionate about the latest digital technology and continually invest in new equipment. We have always been at the forefront of 35mm replacement cameras, pioneering the Red One in this country and growing today to include RED Epics, Arri Alexas and Sony F3s and a huge stock of 35mm lenses. Stocking a unit such as the Cinedeck Extreme makes perfect sense because it complements our camera range and we can see plenty of rental opportunities for it.”

Supplied through Oxygen DCT, Cinedeck EXTREME is an ultra-portable, affordable, camera-mountable, high-grade DDR that is revolutionising digital cinematography and TV production by enabling a digital video tapeless workflow that drastically reduces production time and associated costs. This single, compact unit, which has already won numerous awards and accolades since making its first public appearance at NAB 2010, negates the need for a separate time-code generator, monitor and field recorder, thus reducing location set-up time and simplifying video acquisition. Furthermore, the device has three internal codecs that allow users to make recordings in the edit format of their choice, which improves workflow by removing the need for the often fraught process of file ingest and format translation.

Filmscape now has two Cinedeck Extreme units available for rental and Holt says they are becoming increasingly popular with customers.

“When we were first shown the Cinedeck we were massively impressed with its size and recording quality, combined with its price,” he explains. “Equivalent decks were previously ten times the price and, as a playback unit, it was much better than anything else on the market. It was increasingly frustrating in an age of cameras that only output HD signals that the only playback unit ever requested or known about was the DV Clamshell from Sony. In our opinion this has a terrible low resolution image, records to DV tape that we don't stock and requires a down converted signal before going into it as it can only take standard definition. This leads to bulky cable setups, an outdated workflow and frustrated calls from clients.”

After being introduced to the Cinedeck by Oxygen DCT, Filmscape realised that the unit had the potential to serve multiple purposes. It could increase the quality of recording on smaller cameras such as the EX3, record an equal quality backup of the footage being recorded on higher end cameras such as the Alexa and replace outdated playback systems.

“As the Cinedeck takes HD signals, has a high resolution display and comes equipped with a variety of staple modern recording formats, it fits perfectly with our current stock. With future upgrades available there's no end to what it can potentially record.”

Customers who have recognised the potential of Cinedeck include Objective Productions, which used it to film a new sitcom pilot, and The Tea Shop and Film Company, a new production company established by James Harris and Mark Lane, which used Cinedeck on its first feature film Cockneys Vs Zombies.

Holt says that in both cases the production companies didn’t specifically request Cinedeck but were steered towards it because they needed an HD playback unit that was easy to use.

“The unit fitted perfectly with their existing monitor and camera setups and it got fantastic feedback from both crews,” Holt says. “Generally the feedback was excellent. It’s small, solid and incredibly versatile. On one of these productions it was handed to the continuity supervisor to manage and was found to be very reliable and simple to use as a playback unit.”

The success of Cinedeck Extreme has now prompted Cinedeck LLC to release Cinedeck RX, a rack mountable, multi-format version of the Extreme that offers multi-channel HD-SDI recording, monitoring and playback. This unit is designed to meet the challenging requirements of the mobile broadcaster and is ideal for production facilities and OB productions.