Sincopa Turns to Optocore for Timberlake and Stones in Tel Aviv 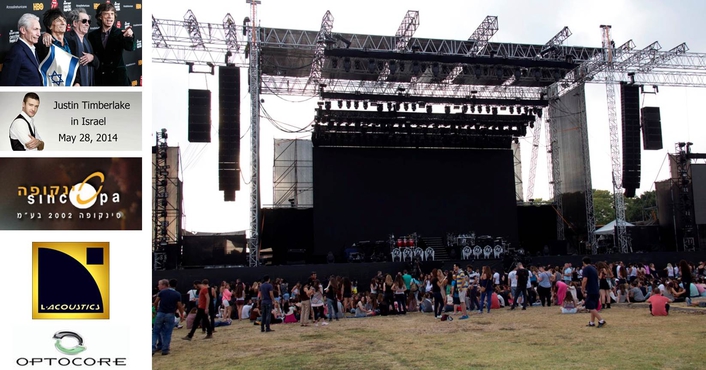 .
As the largest PA company in Israel, Sincopa Sound & Light have recently used their newly acquired Optocore digital returns racks to service major concerts by Justin Timberlake and the Rolling Stones in Tel Aviv’s giant Park HaYarkon for up to 50,000 fans.

In the case of Timberlake they were able to meet the spec by deploying Optocore’s sophisticated fibre distribution system comprising four XR6-FX interfaces at the FOH, stage and delay tower ends. One device was configured 8AE/8MI and the other three 8AE/8LO.

Transmission to the L-Acoustics PA and delay towers was via Optocore AES, Analogue and Ethernet on a redundant loop, with two AES lines from the Digico SD-7, through a routing/summing Lake LM-44 to a total of five AES lines on the Optocore rack. These were configured for AES and analogue, while an analogue line was connected for backup.

The two Optocore stage racks were respectively run AES Out/Analogue Out and AES In/Analogue In, while the other AES/Analogue Outs were assigned to the two Delay towers. 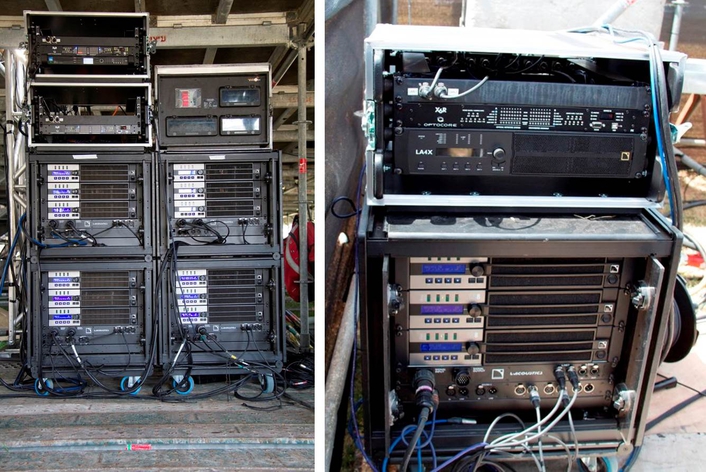 The total coverage distance was 210 metres, with 152 metres to the furthest delay point, and the complement of L-Acoustics K1, K2, VDosc and Kara was optimised by dedicated L-Acoustics LA8 amplified controllers, which populated 21 LARacks.

“Optocore supplied extremely close technical support and dealt immediately with any issues we encountered,” said Sincopa technical manager, Assa Efrat, who configured the system. “I can now see this being part of our permanent audio deployment and it will be used again and again.”

“The support from Optocore was amazing,” agrees Amos Bokobza, CEO of Sincopa Sound & Light. “We were able to choose such a huge project on which to debut the Optocore system only because of the great technical support; this enabled us to remain calm during set-up and show days!”

Other technical crew for the Timberlake show included Eran Pereldik (project manager), and system engineers, Eran Pereldik and Efrat himself. The Optocore solution more than met their requirements and was promptly redeployed when the Rolling Stones appeared at the same venue on June 4.