FUJINON XA99x and HA14x lenses on board Silver to capture all the angles for live production
The Optical Devices Division of FUJIFILM North America Corporation announced that its lenses are on board the new OBVan, Silver, from Dome Productions, a leading production facility provider based in Toronto. The truck was showcased at the NAB 2014 convention. 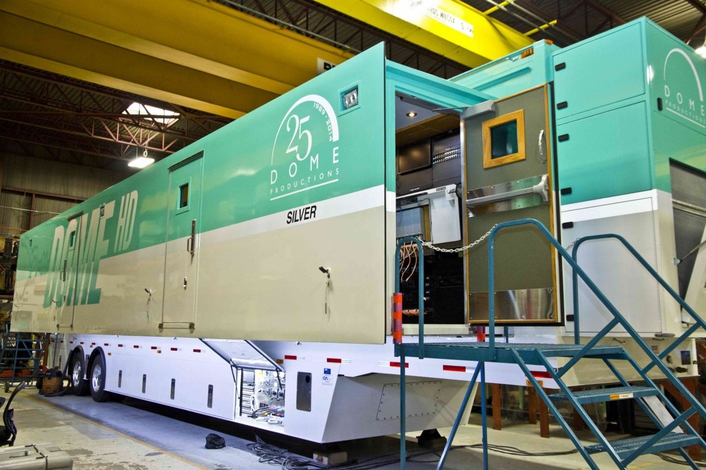 Aside from the optics on board Silver, Dome has various FUJINON lenses in its equipment roster on other mobile units, including FUJINON’s XA88x8.8BESM telephoto field lens, HA23x7.6BERD ENG-Style HD telephoto lens, and additional HA14x4.5BERD wide angle lenses.

“We have a long-standing and thriving relationship with Dome,” said Thom Calabro, director of Marketing and Product Development for the Optical Devices Division of FUJIFILM North America Corporation. “Our contacts there always put a lot of consideration into each element on every truck. They’re well respected for the level of service and quality of their equipment. We’re proud our lenses were selected to be on board Silver when it made its NAB debut.”