Shure Unveils Model 5575LE Unidyne® Limited Edition Microphone
As a world-renowned leader in microphones, Shure Incorporated has designed and manufactured many innovative products for the audio industry over the past nine decades.  However, none have been more impactful or iconic than the Unidyne® microphone. In January 2014, the Institute of Electrical and Electronic Engineers (IEEE) presented Shure with the Milestone Award for the Unidyne technology. Being honored with this prestigious award puts Shure in the same company as famed inventors, including Guglielmo Marconi, Nikola Tesla, Michael Faraday, and Benjamin Franklin.  This honor also puts the invention of the Unidyne technology alongside landmark events such as the invention of the first computer and the Apollo Space program. To mark this achievement, and to commemorate the 75th anniversary of the development and availability of the 55 Unidyne microphone, Shure is proud to announce a new Limited Edition Unidyne model, the 5575LE Unidyne® Limited Edition Cardioid Dynamic Microphone.

A special anniversary version of the iconic 55 Unidyne cardioid dynamic microphone, the 5575LE replicates the original design, with appropriate improvements in durability and sound quality. A sublime recreation for collectors, the serialized limited edition 5575LE features the current Unidyne III cardioid element, the classic large outer grill, vintage badging, and zinc die-cast, with a silver finish desk stand. The microphone comes in an aluminum flight case with 75th anniversary logo branding, and includes two Unidyne photo prints and a certificate of authenticity, featuring a tribute from Shure Chairman Mrs. Rose L. Shure. Only 5575 pieces of this model will be available worldwide.

“The Unidyne is the most recognized microphone in the world, used by countless performers, including Elvis and Sinatra, as well as numerous contemporary artists” said Scott Sullivan, Senior Director, Global Product Management at Shure Incorporated. “The 5575LE pays homage to the beloved and classic 55 Unidyne, packaging together vintage aesthetic and performance features for collectors and performers.” 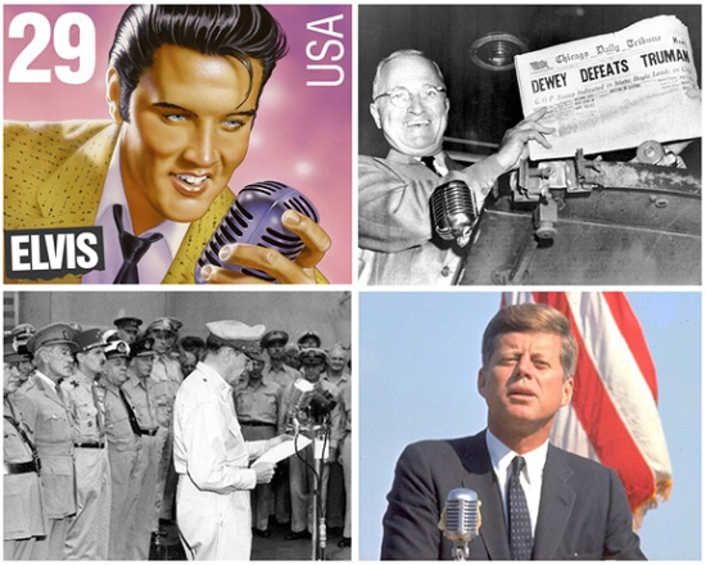 Introduced in 1939, the 55 Unidyne was swiftly adopted as the microphone of choice for broadcast, public address, recording, and two-way radios. As the popularity of the 55 grew, it found its way into many performance environments that would cement its iconic status and legacy as “the microphone that needs no name.” To the industry, the 55 Unidyne provided control of feedback and reduction of off-axis ambient sound. In the hands of popular performers and heads of state, the 55 Unidyne became recognized as a familiar cultural presence and a sign of quality. Its design has come to symbolize what many think of when they hear the word “microphone.”

The Shure 5575LE Unidyne Limited Edition Cardioid Dynamic Microphone will be available in December 2014 at a retail price of $399.