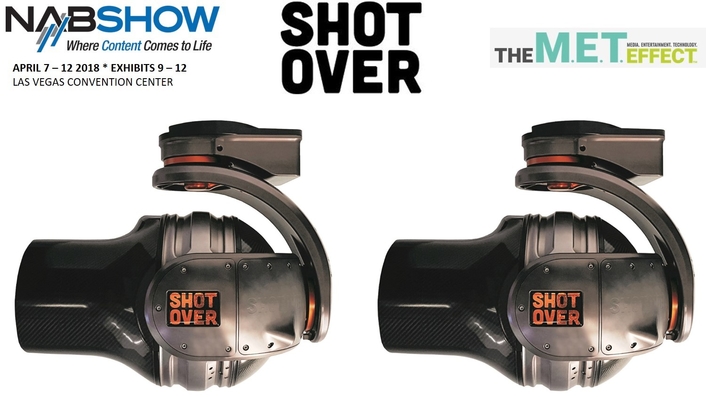 The M1’s precision machined ultra light aircraft aluminum structure allows it to be used on a wide range of aircraft while making it lighter than legacy aerial broadcast systems. The SHOTOVER M1 can also be used on a host of ground vehicles and watercraft and is backed by world-class 24/7 service and support.

“The culmination of ten years of research and development, and fresh cutting edge technology, has led to the creation of the M1,” said SHOTOVER CEO Brad Hurndell. “We are confident the system will allow our customers to keep up with the demanding requirements of live broadcast for years to come.”

Helicopters Inc, a leading provider of news gathering helicopters in the United States, operating in more than thirty-five cities nationwide, has become the first company to acquire the M1. “SHOTOVER’s customer-centric design approach has resulted in a compact and lightweight product that fits the future needs of the broadcast industry and our company,” said Tom Wagner, Vice President of Helicopters Inc. “We look forward to working with SHOTOVER and are excited to put the new M1 to work.”

The development of the SHOTOVER M1 builds upon the company’s success in designing gyro-stabilized systems for the television and motion pictures industries. The creators of the company’s flagship SHOTOVER K1 were recently awarded a Scientific and Engineering Academy Award® for the concept, design, engineering, and implementation of the system.

Alongside the latest ENG payload options, the M1 can house a range of popular cinema cameras and lenses such as the Arri Alexa Mini, RED Weapon and Canon 30-300. Other system features and options include an angled front window for brilliant imagery without flares, interfacing to moving map overlays, the ability to ship with payload integrated from the factory, and custom color schemes to match broadcasters branding.

SHOTOVER is a developer of high-performance camera systems and UAVs for the broadcast and motion picture industries. The company’s line of gyro-stabilized camera platforms offers aerial cinematographers an unprecedented level of stability, control and versatility in a compact package easily configured for 2D, 3D and Ultra HD shooting with the world’s most advanced cameras and lenses. Developed in partnership with the industry’s top aerial cinematographers, SHOTOVER systems are fully user upgradable, allowing operators to utilize new professional cameras, lenses, and accessories as they come to market.