Shotoku USA to Demo SmartPedVR for the First Time at NAB2018 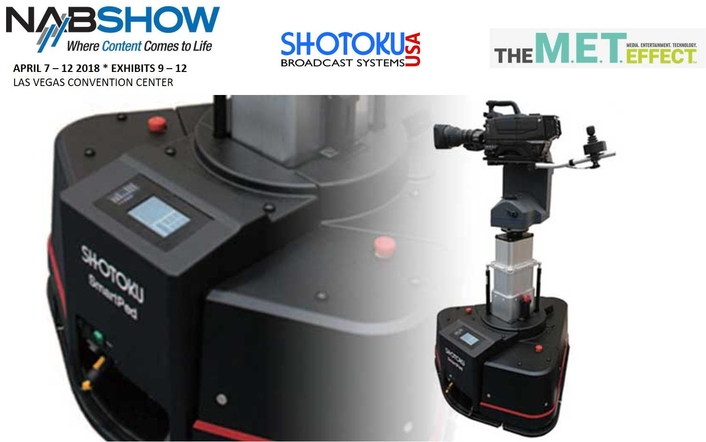 Shotoku Broadcast Systems’ North American operation, will offer NAB attendees a first look at SmartPedVR, the VR/AR-enabled version of its SmartPed that blends Shotoku’s well-proven and highly-accurate built-in VR tracking capabilities with its widely-popular robotic pedestal allowing it to be used in VR/AR environments.

“Our deep understanding of the unique demands of VR/AR production have earned us a leadership position in the VR/AR movement and allowed us to develop and offer a range of products with high-performance tracking systems,” says James Eddershaw, managing director, Shotoku UK. “All Shotoku robotic systems are VR/AR capable, but NAB will see the first official demonstrations of SmartPedVR at an American industry event, which is so appropriate considering the success that SmartPed has enjoyed across Central and North America.”

SmartPedVR, already deployed in Europe and Central American facilities, is based on the Company’s SmartPed fully robotic XY pedestal that addresses the creative and commercial demands of on-air environments with a cost-efficient and high-performance solution. The addition of VR tracking provides fully 3D position information including orientation, and is provided in remote or local operations with seamless switching between modes and with no need to re-reference.

About Shotoku:
Shotoku Broadcast Systems is an international leader in the manufacture and marketing of a full range of camera support products with emphasis on manual and robotic pedestals and pan/tilt heads for the television and legislative broadcast industry. Shotoku USA sells, installs and services the full range of Shotoku Robotic Camera Systems designed and developed in the UK by Shotoku’s word-wide robotics HQ based near London, England.