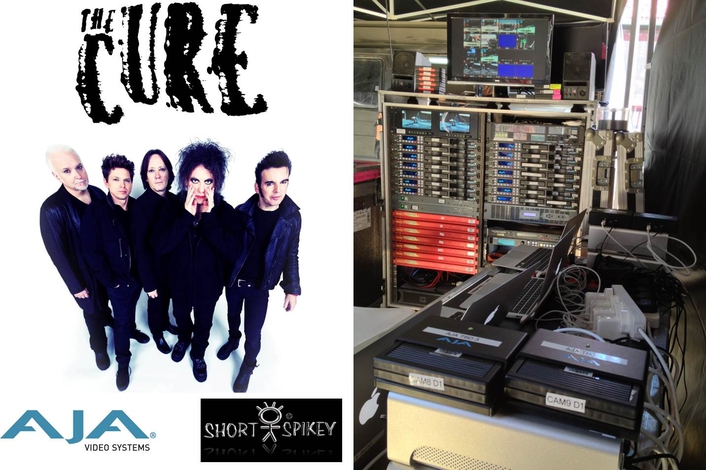 .
Video company Short & Spikey specializes in the video engineering production of live stage shows for high profile musical acts. Over the last twelve years, Short & Spikey Founder Jason Harvey has worked with Lady Gaga, Cher, Madonna, Bon Jovi, Paul McCartney, Christina Aguilera and Van Halen to name just a few, both as a freelancer and as a contractor for PRG Nocturne, a major producer of live stage shows. For his latest gig, Harvey was contracted to be the video recording engineer for a South American tour by legendary British band The Cure. Highlights filmed during live performances in eight cities are being pieced together to create a documentary style home entertainment release.

When assembling his setup for the tour, Harvey wanted to go with a powerful, proven solution that would stand up to the pressures of operating in less technically advanced locales such as Brazil, Argentina, Chile, Paraguay, Columbia and Mexico City. Anticipating over 300 hours of footage that needed to be turned around quickly, tape was not an option. The editors also encouraged him to deploy a pipeline that would support the Avid® DNxHD 220 codec for editorial. AJA's Ki Pro Rack fit the bill perfectly. 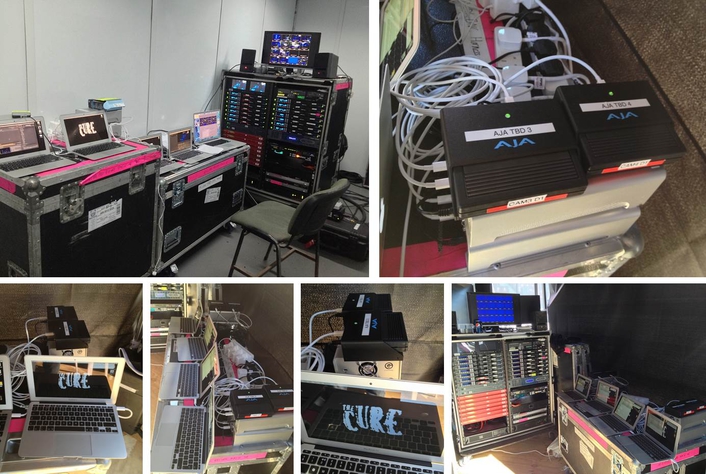 Harvey noted, "I've toured with AJA gear for years and it has always performed great, even when it's banged around in planes and trucks. Obviously there is a great appeal in staying with a manufacturer you know and trust, and a digital workflow was a no-brainer here. We were going to be dealing with a tremendous amount of footage so we needed a recorder that could capably handle the data as well as withstand the physical demands of the road, so the Ki Pro Rack was a natural choice. It was also crucial to have the DNxHD codec for dailies ingest."

Though Harvey was quite familiar with Ki Pro technology, the tour marked the first time that he used Ki Pro Rack units for multi-camera recording. He relied on up to 14 Ki Pro Racks and one Ki Pro to record each performance, which were captured with anywhere from seven to fifteen cameras. A typical show would have ten cameras feeding into ten Ki Pro Racks with a line cut out of a switcher and a backup, for a total of 12 outputs. Due to varied availability depending on the region, Harvey often had to mix and match different HD cameras, as the gear and crews were all locally hired.

"In Chile, we ended up renting a broadcasting truck that was actually the back end of an old transit van welded to the front of a U-Haul tow unit with a flat screen inside," Harvey said. "It was nice to have such solid recorders considering the cameras ranged from top-line HD to prehistoric Stone Age HD, but that is the kind of challenge you have to put up with when keeping up with the pace of a concert tour on the road across South America when taking your own Video truck is not an option." 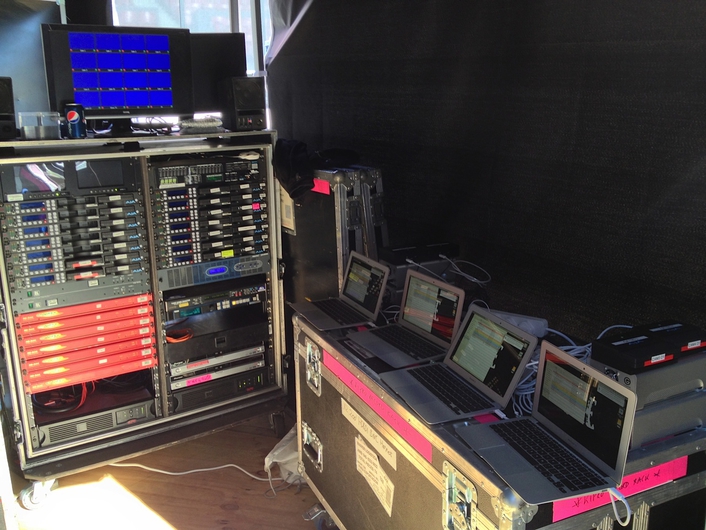 During the show, Harvey monitored each feed and camera to ensure the Ki Pro Racks and Ki Pro were operating properly. When shooting was complete, the data from the recorders' KiStor drives was transferred via the new AJA KiStor Docks with their Thunderbolt(TM) and USB 3.0 connections to five G-Tech 8 TB drives connected to five Mac laptops. Each show averaged 350 GB of data per camera- adding up to over seven and half TB of data after eight shows. After the masters were created, data was transferred to backup then the recorders were wiped and prepped for the next show.

"Working digitally saved us a ton of time, especially considering the massive amount of footage we were capturing. Also, we were able to offer an H264 live encode of the whole show - in HD 1920 x 1080 30p compressed to MPEG-4 - on a USB drive right after the show, so that Robert Smith and the director could review for feedback and input, informing future shows. The flexibility of Ki Pro Rack is great," explained Harvey.

Additionally, Harvey was able to record his multiscreen setup view of his system with all running cameras in a 4 X 4 picture in picture box. The images came in directly from the Ki Pro Racks (BITC output), so the director, Tim Pope, could watch the multi-view as if he were viewing a monitor gallery display in a truck and take notes. Recorded at 720p, Pope could review files that were a nice quality and but not overly large, making edit selects easier when doing the offline / online post production back in London. 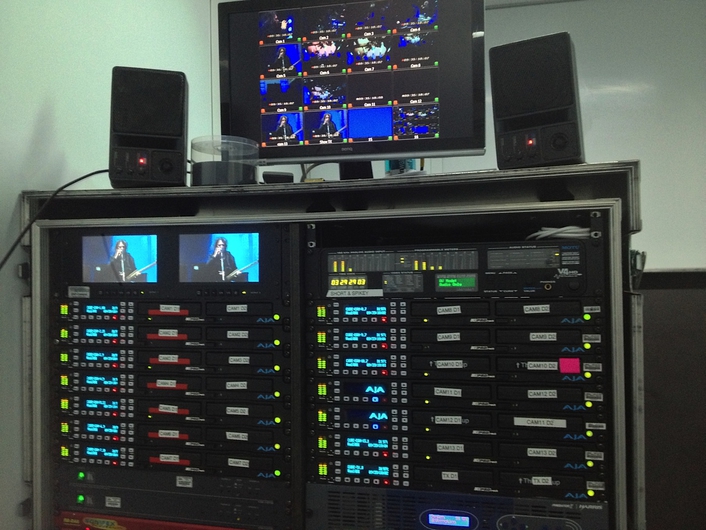 Harvey concluded, "AJA technical support was impressive. Anytime we ran into an issue, AJA was very quick and helpful in their response. The whole experience reinforced that AJA technology will do what it's supposed to do."