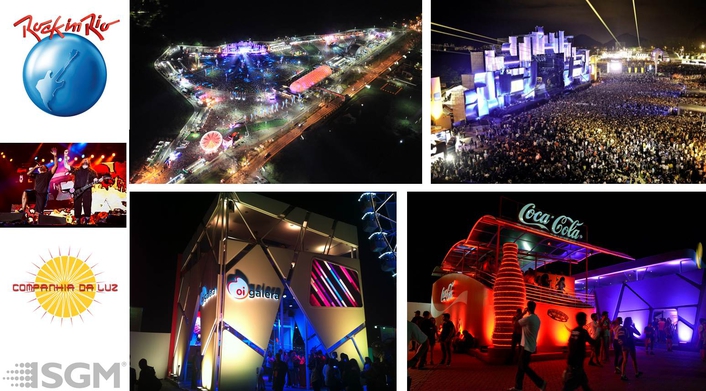 .
For the 12th time in Rio de Janeiro, a tradition dating back nearly 30 years came to life once again when Brazil’s most important music festival Rock in Rio took place in September. While the concept has spread to Spain and Portugal, Rio maintains a melting pot of different musical styles and genres.

Stage lighting company, Companhia da Luz, supplied a total of 54 P-5s for Neves’ design, the main focus of which was to unite colours and gradient effects on the façades to produce a constantly changing and transforming appearance to stimulate the broad spectrum of visitors.

According to Neves, the P-5 is the only device on the market capable of combining a powerful output with high flexibility, colour range (RGBW), interchangeable lens modules, aesthetic design and IP65 protection. He adds that the P-5 provides greater security for him as designer while offering comfort in its deployment due to the small physical footprint. 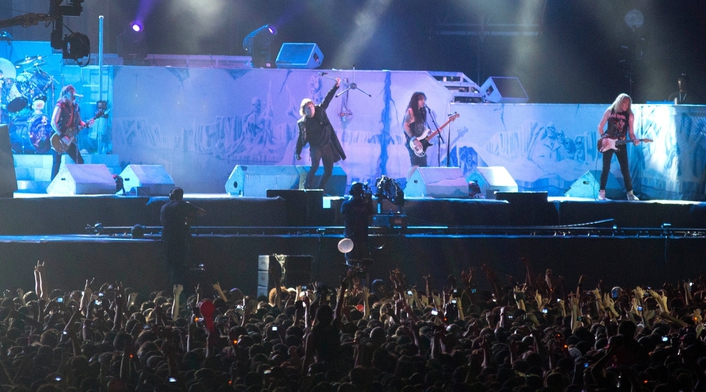 With sustainability and environmental responsibility as top priorities, the LED based P-5 helped Rock in Rio take a major step forward in achieving their targets.