Last year Russian rental company, Marinov&Merkulov, decided to upgrade their lighting department with new fixtures. They set forth on a technology journey investing first in the SGM X-5 strobe, then the G-Spot moving head ­­– and finally the SixPack blinder and more strobes.

The X-5 LED strobe met their requirements. Mr. Oleg Smirnov explained: “We loved the new design and form factor together with the technical specifications of the fixture, which demonstrated the result of the philosophy and vision for the renewed SGM brand.”

Taking a closer look at the entire new SGM product portfolio, Mr. Marinov and Mr. Merkulov felt reassured that they were on the right path. Mr. Merkulov, who is also the company’s main Lighting Designer and Technical Director, explained: “The closer look multiplied our excitement. Most products are IP65-rated and have wireless DMX channels on board. All fixtures have RDM and RFID, and all of them are LED fixtures featuring LEDs with correct, bright, good-colored output. As a rental company we have plenty of outdoor lighting jobs and SGM’s product range fits perfectly; dust and moisture protection together with great light intensity.”

G-Spot adventure
The most powerful fixtures that the company Marinov&Merkulov had in stock were 700 W HMI lamp moving heads, which made them consider 1200-2000 W fixtures during their upgrade. 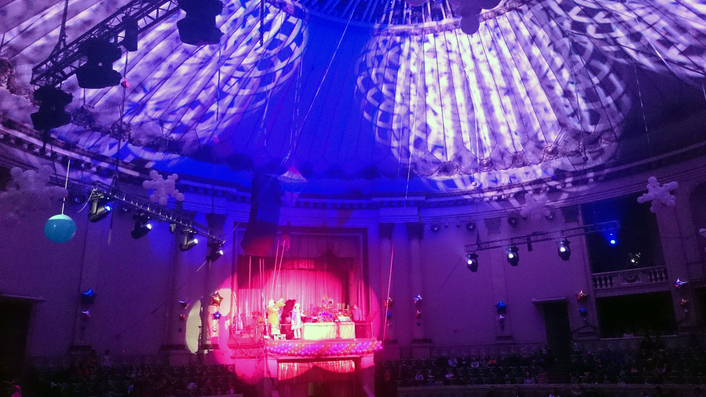 Mr. Merkulov stated: “Buying bulb fixtures seemed such a step back for us. They are rather expensive to maintain, have short hours and have a high cost, while being rather archaic regarding color wheels, shutter blades, etc.”

Working every year on specific jobs with Rostov Circus, Marinov&Merkulov were able to introduce the G-Spot moving head as a new luminaire for the exceptional New Year show. With two-three shows per day for a period of four weeks, the fixtures had to be durable with long lamp hours in a dusty environment. Dealing with a limited budget, the G-Spots were just right for the job, flooding the arena and the dome with powerful colors and graphics. 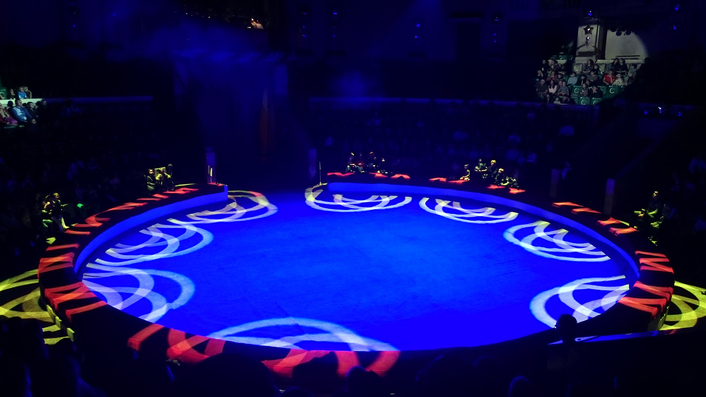 Mr. Merkulov said:  “The G-Spot is a bright idea. I love all its features: high IP-rating, wireless control, low maintenance technology, LEDs instead of bulbs, RDM and no old-school details like color wheels. They can be used indoors and outdoors. They are great spots but they can also be used as washes. Their wide lens and high intensity makes them truly universal.”

LED is the future
Marinov&Merkulov are firm believers in a bright future for LED technology.
Mr. Merkulov elaborated: “As long as we are talking top quality LED fixtures. Nowadays, LED sources are brighter than even a few years ago. And their output can be matched with traditional lamps and bulbs. Most manufacturers have come out with LED fixtures. We look at the quality, efficiency and extra features. Rental companies choose manufacturers that are close to them by philosophy and new ideas, and that’s why we are glad to be in touch with SGM. We are planning to invest more in SGM products at the first opportunity.”