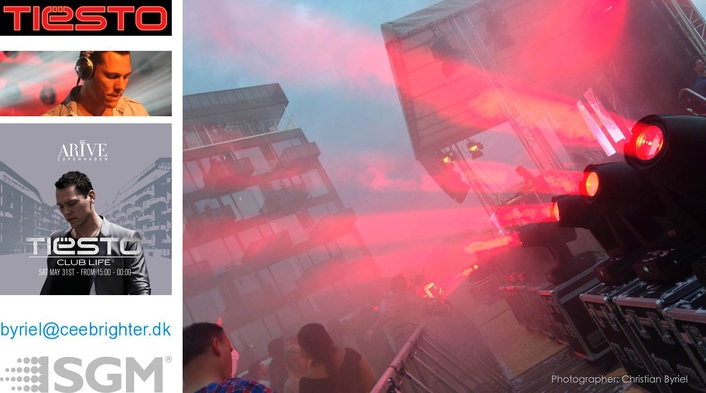 .
Tiësto, arguably the greatest DJ of the decade, recently headlined the exclusive EDM Copenhagen electronic festival, presented by Arive on the terrace of the luxurious Stay Apartment Hotel in the Danish capital. Meanwhile, SGM’s G-Spot, the world's first IP65-rated LED moving head, created its own spotlight as the headline lighting fixture.

For this nine-hour event (running from afternoon to midnight), packed with a strong lineup of DJs and live acts, production manager and show designer Christian Byriel from CeeBRIGHTER had some specific venue challenges to overcome. “Though being challenged with large window façades, an unusual location and an outdoor venue from daylight to dusk, I feel I achieved my vision and maintained the aesthetic look required by the customer,” he says. It became apparent to him that the G-Spot was to play a large role in his achievement. 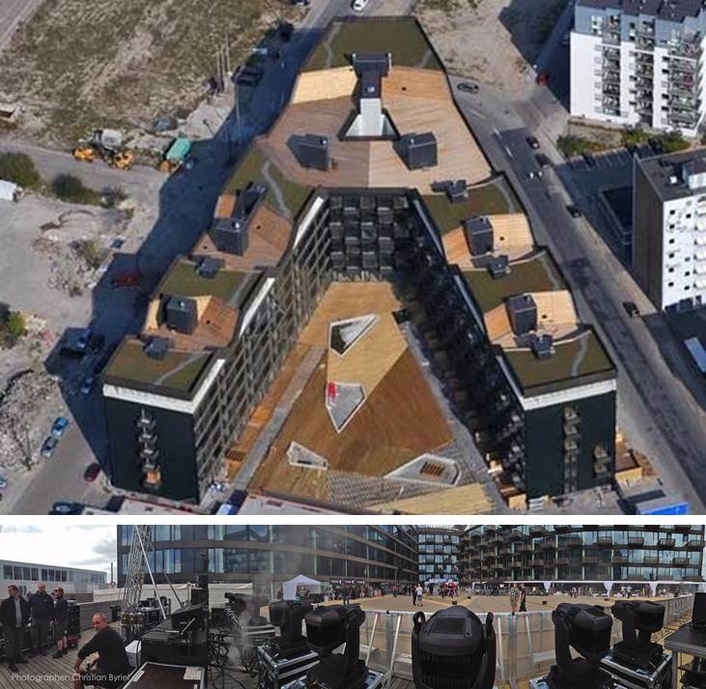 Byriel approached lighting designer Christian Vigsø, with whom he has a close cooperation, and together they set up a shootout with four leading moving head models. It quickly became clear that the G-Spot’s output and performance was second to none even when compared with equivalent discharge lamp-based products.

For his design, Byriel deployed 20 G-Spot LED moving lights to produce a powerful effect, expanding the stage area to embrace the audiences. “All 20 lamps performed beyond comparison and were the perfect choice for this event. The entire production team was deeply impressed with the bright light output and so were the guests,” states Byriel, in appreciation of a fixture sufficiently bright to create a striking impact for this high-class hotel both in daylight as well as darkness.

With barely eight hours to prepare from get-in until show-start, everything needed to be programmed and reliable in operation. “I felt safe knowing that should the weather turn for the worse, I would have no problems as the G-Spot is IP65 rated. This is crucial for this kind of production. There was absolutely no space nor time for makeshift dome solutions, but I did not have to worry about this at all.” 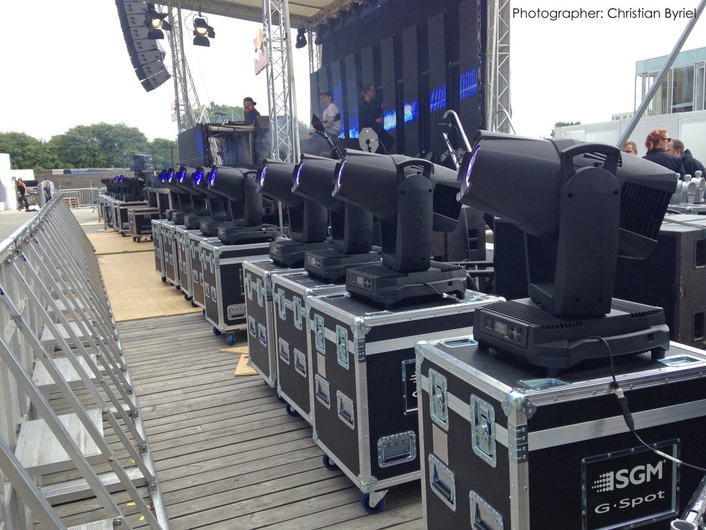 Besides this obvious benefit, the production manager was especially astonished by the fixture’s speed of colour change and its intensity. Also, the G-Spot played a major role in driving down the total power consumption to a minimum. “I will definitely spec the G-Spot units for upcoming events – and for next year’s Arive. We had high expectations for the G-Spot, but it exceeded them in all areas,” he concluded.

Tiësto came on stage at 10pm, giving his audience of 1,800 dedicated fans a two-hour unique intimate experience of trance-electronic breaks … accompanied by the G-Spot lightshow.