.
No fewer than 40 units of SGM P-5 TW (tunable white wash lights) and 40 units of Q-7 W (white flood, blind and strobe), fitted with 8-way Barndoors and Accessory Holders,  were recently acquired as part of the light inventory for the Indonesian D’Six Studio, which is owned and operated by PT. Prima Global Indomedia.

Technical & Operations Director of D’Six Studios, Lemmy Ibrahim says, “I carried out intensive research online and I discovered SGM’s LED products.” He then contacted SGM’s Indonesian distributor Goshen Electronics, and SGM’s Area Sales Manager Hanslee Lim from SGM A/S conducted a demo with the P-5 TW at Goshen’s office. “I was very impressed by the small size, along with the bright light output of the P-5 TW during the demo,”Ibrahim states. He immediately arranged for another demo at the TRANS TV studio, who had requested the use of D’Six studio for one of their programmes. Equally impressed by the demo, they quickly agreed to use the SGM fixtures for their programme. 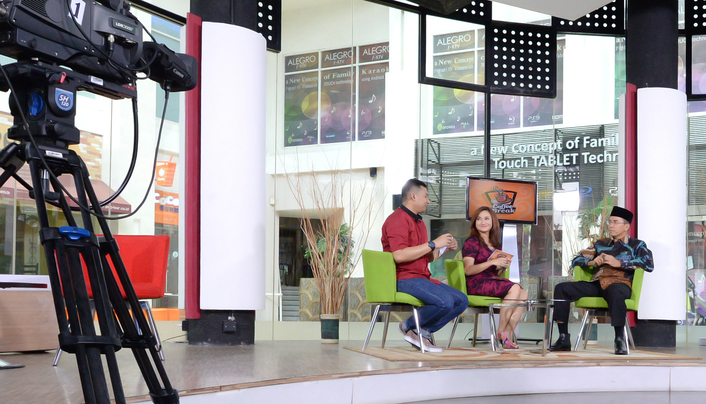 “The lighting designers of TRANS TV were very surprised that the lumens output was more than double – 2.4 times brighter – than the LED Fresnel fixtures that they previously used. Due to the high output, this actually meant that they were able to scale down the amount of fixtures to half, so that only 20 P-5 TW and 20 Q-7 W were necessary for their programme,” Ibrahim explains. He continues: “As an added bonus, the total power consumption of the studio is also much lower than the initial calculations. Consequently, there will be huge savings on our monthly electrical bills.” 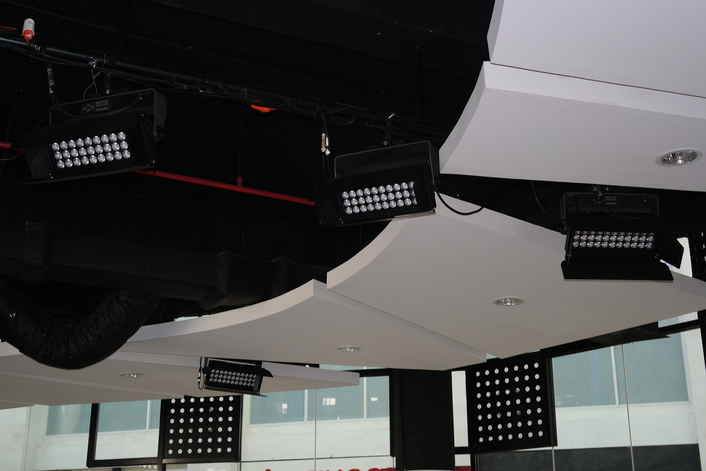 D’Six Studio is currently renting out their facilities for TRANS TV’s popular TV quiz SIAPA DIA. TRANS TV designers were so impressed by the performance of the SGM units that they have added a rental of 8 P-5 TW and 10 Q-7 W for another popular TV quiz, HITAM PUTIH/My Games. The trend soon transmitted to another TV station, TV One, whose fascination with the brightness of the SGM lights resulted in the deployment of 12 P-5 TW and 10 Q-7 W for their hit programme, GESTURE, ROUNDTABLE and RESPOND. 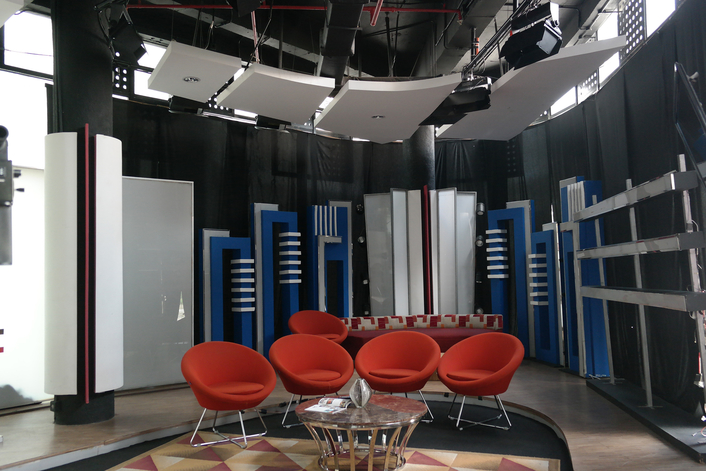 Thus, the acquisition of the 80 SGM fixtures has proved hugely successful. “We have now rented out our entire inventory of SGM lights and are looking into further expanding our SGM product range during the next couple of months,” concludes an enthusiastic Lemmy Ibrahim.