Sergio Mendes and will.i.am have a (Governors) Ball with DPA 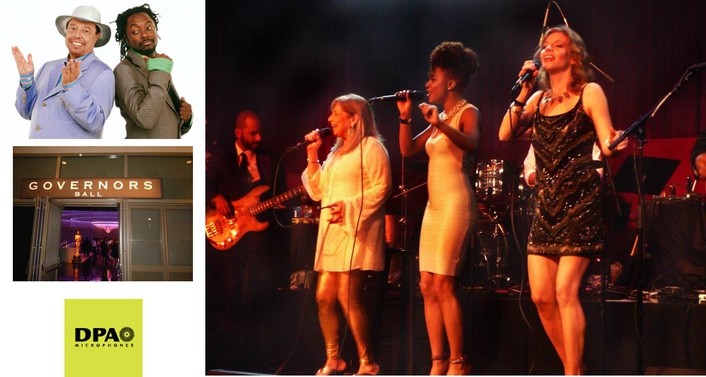 The duo performed at the legendary after-awards party using the company’s d:facto™ Vocal Microphones
After Oscar awards were collected and the lights dimmed on stage at the Dolby Theatre, the stars hit the streets of Los Angeles to find their favourite after parties. Among these, the legendary Governors Ball, held at the Ray Dolby Ballroom at the Hollywood & Highland Center. Kicking off the event’s entertainment this year was Grammy® Winner Sergio Mendes, who performed songs with special guest will.i.am from their co-produced, Latin Grammy-winning album Timeless, using several DPA Microphones d:facto™ Vocal Microphones.

Selected by Mendes’ Production Manager John Baker, wired and wireless versions of the d:factos were used for vocals by Mendes, will.i.am and the three female singers who performed centerstage for their roughly 45 minute set. Baker also selected DPA’s d:vote™ 4099 Instrument Microphones for a variety of the band’s instruments. 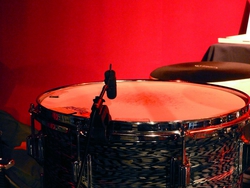 “My goal was to spread the DPA mics all around because, to me, they are the best mics out there,” says Baker. “These mics really work best when I just let them do what they do – no EQ, very minimal compression – it’s almost counter-intuitive as an engineer. I was very excited for this performance, to see how the DPAs would work, and I’m so happy to have used them.”

Though Baker is himself also an engineer, his wife Keiko Takeda is Mendes’ longtime FOH engineer, a role she once again took on for the Governors Ball. “Leading up to the event, I told Keiko about my experiences using DPA and how she wouldn’t have to process the mics very much to get a perfect sound,” says Baker, who notes that while he’s a very good mixer, his wife is even better. “She’s such a good sound engineer, so I was very interested to hear what she would think of the mics. She took my advice and the set sounded fantastic. It was very interesting to see how she worked with this new process and to hear how the mics performed. Keiko was definitely impressed as well. We’re now going to have a microphone custody battle should we have competing tour schedules.”

While available in both wired or wireless versions, Baker felt the traditional wired d:factos were best-suited to Mendes’ portion of the performance. “Sergio and his singers have excellent mic technique,” he explains. “The Mendes singers have spectacular voices, so they traditionally sing dynamically lower and further away from the mic. With the d:facto, they got a more comprehensive sound—because of the cancellation pattern and the way the mic is made—than they have achieved with other microphones. I selected wired options for them because, to me, a wired mic always sounds better than a wireless, it’s just the fact of physics.” 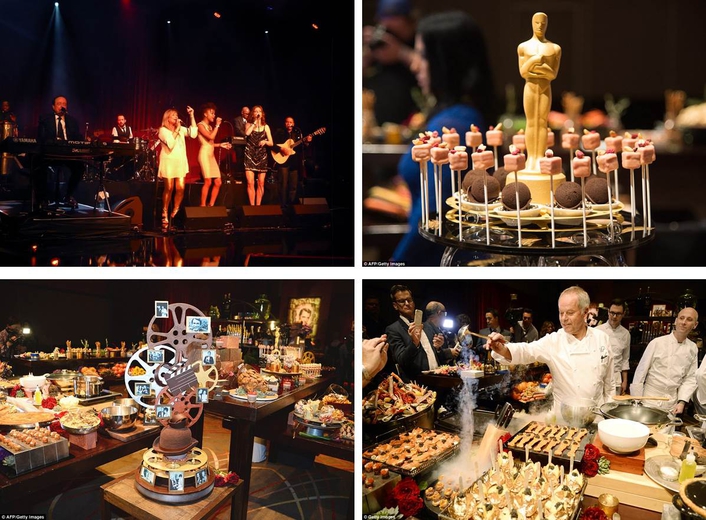 Since will.i.am tends to move more about the stage, Baker recognized that a wireless version would be the best solution for him. “There was the potential for other surprise guest artists showing up to perform with Sergio and Will, so I wanted to have the d:factos with the Shure wireless system on hand,” he continues. “I’m a total fan of the entire DPA line. Any opportunity I can get to open someone’s eyes to their sound, I’m ecstatic. The d:facto is really a perfect mic no matter what setup you use. The first time I ever used it, I thought ‘wow, those engineers at DPA sure have a sense of humor; they call it the d:facto—in other words, the fact or the truth. You literally just plug it in and let it do what it’s supposed to do.’ It’s really THE premier microphone for vocals.”

When he’s not doing production work for Mendes, Baker can be found on the road as FOH engineer for The Al McKay All Stars—featuring legendary Earth, Wind & Fire guitarist, songwriter and producer Al McKay—and The Jacksons, for which he also uses a large collection of DPA Microphones.