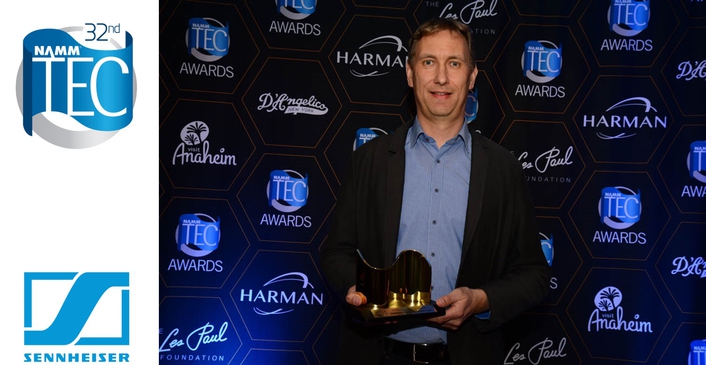 Audio specialist Sennheiser was recognized by the NAMM Foundation with Outstanding Technical Achievement awards in the categories of ‘Wireless Technology’ and ‘Headphone Technology’ during a ceremony on January 21st. Jürgen Kockmann, who is heading Product Management for Sennheiser’s Live Performance & Music business, accepted the two awards.

Sennheiser was awarded TEC Awards for its evolution wireless G3-A1 band and its HD 25 PLUS headphones. “We are grateful to the NAMM Foundation for once again recognizing Sennheiser’s customer commitment and relentless innovation in wireless and headphone technology,” commented Jürgen Kockmann. “Our evolution wireless G3-A1 band systems were created to help our customers overcome the many challenges our industry is facing with respect to spectrum reallocation, while the HD 25 PLUS is Sennheiser’s refinement of a timeless classic.” 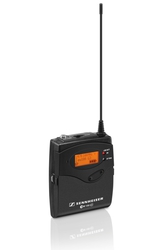 Last summer, Sennheiser released a new frequency variant for its popular ew 100 G3 wireless microphone and ew 300 IEM G3 wireless monitoring series, covering the frequency range between 470 and 516 MHz. The new band was launched in the light of the future spectrum reallocation in North America, helping provide Sennheiser customers with another option to help them attain high-quality wireless audio well into the future. 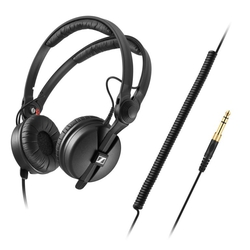 The HD 25 PLUS, introduced at the 2016 NAMM Show, was recognized with an Outstanding Technical Achievement award in the category of ‘Headphone Technology’. This updated version enhances the classic monitoring and broadcast headphones with both a straight and a coiled steel cable, as well as the addition of a pouch and an extra set of soft velour earpads.

Since the TEC Foundation was established in 1990, Sennheiser and Neumann have been presented with a cumulative total of 25 Outstanding Technical Achievement awards as well as having seven products represented in the TECnology Hall of Fame, including the Neumann U 67 microphone, inducted this year.

Audio specialist Sennheiser is one of the world’s leading manufacturers of headphones, microphones and wireless transmission systems. Based in Wedemark near Hanover, Germany, Sennheiser operates its own production facilities in Germany, Ireland and the USA and is active in more than 50 countries. With 19 sales subsidiaries and long-established trading partners, the company supplies innovative products and cutting-edge audio solutions that are optimally tailored to its customers’ needs. Sennheiser is a family-owned company that was founded in 1945 and which today has 2,750 employees around the world that share a passion for audio technology. As part of the Sennheiser Group, Georg Neumann GmbH, known as “Neumann.Berlin”, is the world’s leading manufacturer of studio microphones. Founded in 1928, the company has been recognized with numerous international awards for its technological innovations. Since 2010, Neumann.Berlin have expanded their expertise in electro-acoustic transducer design to also include the studio monitor market. In 2015, the Sennheiser Group had sales totaling €682 million.