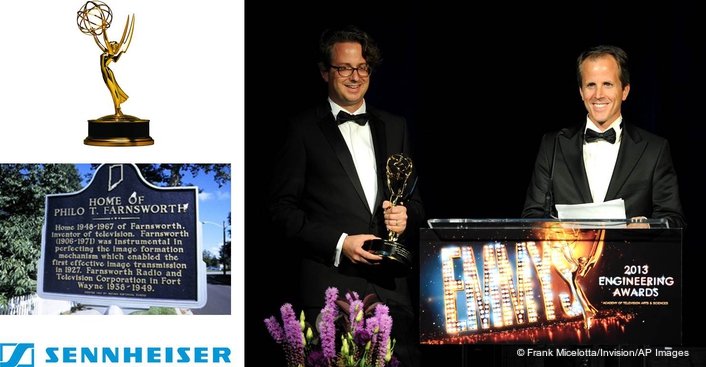 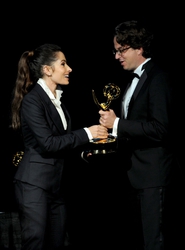 Daniel Sennheiser and Dr. Andreas Sennheiser accepted the Emmy statuette “on behalf of the passionate Sennheiser staff that helped to create innovative audio products and have provided impeccable customer service in the fields of TV and broadcasting.”

Frank Morrone, governor of the sound branch at the Academy of Television Arts & Sciences, himself an Emmy Award-winning Hollywood audio engineer, congratulated Sennheiser on the award: “I am excited that the Television Academy has chosen to recognize Sennheiser as a leader in developing products that have contributed to advancing the way television is created and produced.”

Daniel Sennheiser commented: “We are thrilled that the Engineering Awards Committee has selected Sennheiser for this much sought-after award. This is an incredible honor for all of us at Sennheiser, and I dare say especially for our teams in North America, who are reliable and enthusiastic partners to the benchmark-setting US TV industry. The award also honors the achievements of my father and grandfather, who firmly grounded and advanced the company in the fields of production and broadcasting.”

Sennheiser’s wireless microphone systems and shotgun microphones are used in TV and film productions the world over. Whether robust and reliable RF wireless systems like Digital 9000 or highly precise gun microphones such as the industry-standard MKH 416 – sound engineers at production centers across the globe rely on Sennheiser microphone technology.

Sennheiser began producing shotgun microphones as early as the 1950s, and when the need for wireless transmission emerged in TV broadcasts at the end of that decade, the company was at hand to liberate hosts and actors from the cable with its first wireless mic in 1957. Since then, of course, technologies have evolved tremendously, resulting in today’s climate-resistant, rugged shotgun microphones and superior multi-channel wireless systems with tiny, easy-to-hide lavalier microphones and excellent handheld microphones. 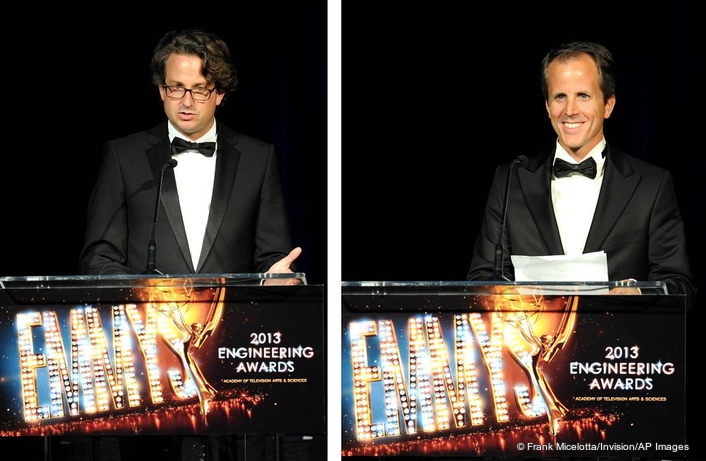 About Sennheiser
The Sennheiser Group, with its headquarters in Wedemark near Hanover, Germany, is one of the world’s leading manufacturers of microphones, headphones and wireless transmission systems. In 2012 the family company, which was founded in 1945, achieved a turnover of around 584 million euros. Sennheiser employs more than 2,300 people worldwide, and has manufacturing plants in Germany, Ireland and the USA. The company is represented worldwide by subsidiaries in France, Great Britain, Belgium, the Netherlands, Switzerland and Liechtenstein, Germany, Denmark (Nordic), Russia, Hong Kong, India, Singapore, Japan, China, Australia and New Zealand, Canada, Mexico and the USA, as well as by long-term trading partners in many other countries. Also part of the Sennheiser Group are Georg Neumann GmbH, Berlin (studio microphones and monitor loudspeakers), and the joint venture Sennheiser Communications A/S (headsets for PCs, offices and call centres).