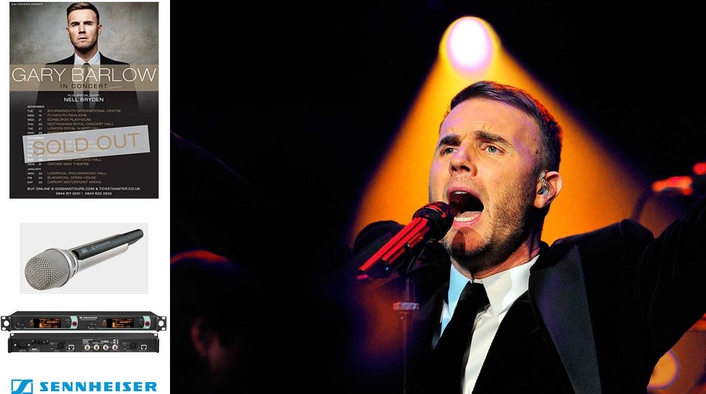 .
With the massively successful Take That reunion, plus Saturday and Sunday primetime television exposure as an X Factor judge, Gary Barlow’s profile has never been higher. In late 2012/early 2013 he found the time to undertake a sold-out solo tour in the UK and Ireland, the proceeds of which went to charity. Sennheiser microphones and in-ear monitors delivered the consistency of sound that he expects.

Originally announced as 16 dates - later extended to 27- the Gary Barlow: In Concert tour sold out in minutes raising much needed funds for The Prince's Trust and The Foundation of Prince William and Prince Harry. Backed by a nine-piece band plus guest appearances, Sennheiser SKM 5200 MkII wireless handheld microphones with MD 5235 heads were used for all vocals, plus EW 572 G3 instrument radio systems for the musicians. 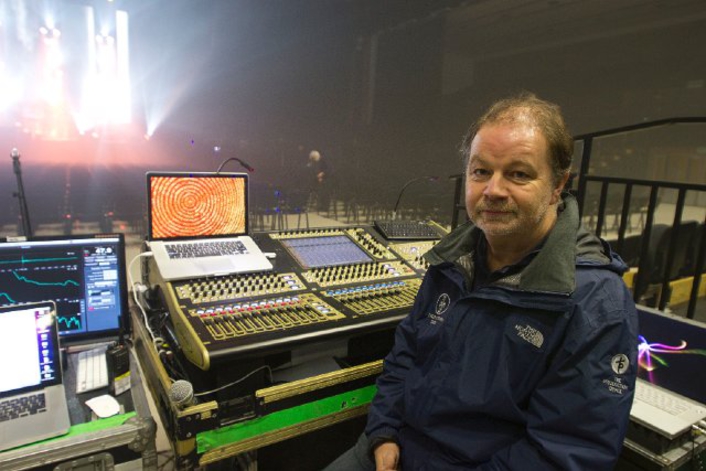 “We used the same microphone combination with Gary on the last Take That tour, where we had great results with it,” says front of house engineer Gary Bradshaw. “It’s a very nice hi-fi sounding capsule, it’s extremely robust and it works in all conditions. It also has great rejection, which was really important on a tour like this; we’re mainly playing theatres with a few arena shows and the audience can be really loud, so this was a great choice for all situations.” 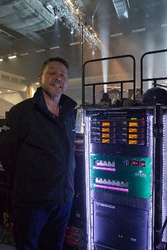 Monitor engineer Steve Lutley agrees, saying, “The 5235 capsule is amazing for not picking up background noise. Audio quality is very important to Gary - he spends much of his working life in the studio, he knows exactly how everything is supposed to sound and he’s very critical of the sound, which is a good thing. He really cares, as does musical director Mike Stevens.”

Steve used a total of 14 stereo monitor mixes, which included a talkback system for the technicians, plus two wedge mixes. Barlow and most of the band used Sennheiser 2000 in-ear systems, with SR 2050 transmitters, EK 2000 receivers and AC 3200 combiners.

“We’re using the same equipment combination as on the last Take That tour, although it doesn’t need to cover such a large area because the venues are smaller,” says Steve. “As with the microphones, the IEMs have to be of a certain standard because what the backline and vocals are exactly the same, whether the show is in a stadium or a club. The quality of the equipment has to be the same wherever and whenever Gary performs, whether it’s a live concert or in the studio.”

“It’s all about consistency,” adds Gary Bradshaw. “We try to be consistent with as much equipment as possible whether it’s a solo tour or Take That. Gary has said he likes the sound of the 5235 capsule and the Sennheiser in-ears. He knows what he’s talking about and using this equipment consistently ensures that he, us and everybody concerned is happy.”

Happy Tenth to Sennheiser at MTV EMAs
TABALUGA and the Signs of...Dragon on a Very Big Tour