Sennheiser and Neumann at IBC2016

From action camera microphone to professional studio monitors: At IBC, Sennheiser and Neumann showcase a broad portfolio for content production

At Europe’s largest broadcast and media show, Sennheiser and Neumann will show the full bandwidth of their audio solutions at a joint stand in Hall 8, D50. Themed areas from ‘Mobile Journalism’ to ‘Field Production’ will showcase future-oriented products such as the AMBEO virtual-reality microphone, a special microphone for action cameras or the brand-new 27 series broadcast headsets. These headsets combine a closed, circumaural design with very low weight and outstanding comfort for the user.

“Whatever the application, at IBC, we want to show users how they can record top-notch audio – whether they are looking for a microphone for podcast productions or a solution for professional ENG work,” said Achim Gleissner, Commercial Manager Broadcast & Media at Sennheiser. “By creating themed areas, visitors can experience the products in their own familiar working environments, from consumer to pro level.” 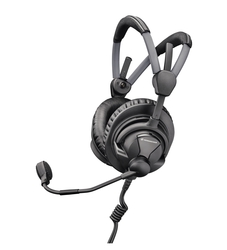 The broadcast headsets of the new 27 series will bring a new age of user comfort to commentary booths: All models feature a closed, circumaural design while remaining lightweight and compact – a definite advantage over other models on the market. The new headsets fulfil the EU directive on protection against noise at the workplace. 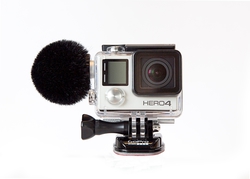 For extreme sports footage with great audio, IBC will see Sennheiser show the prototype of a new microphone for GoPro action cameras that easily withstands adverse conditions such as wind, water, snow and splashes of mud. The special windshield of the microphone ensures excellent protection against wind noise even during water sports. The microphone is expected to become available from March 2017. 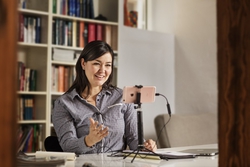 For the growing field of mobile journalism, Sennheiser is showcasing the wireless microphone systems of its AVX series, which operates in the license-free 1.9 GHz range. “A lot of expertise in RF wireless technology went into the development of this series, which is why it is such an easy-to-use tool for videographers,” explains Gleissner.

Wired microphones on show in this themed area include the ClipMic digital and MKE 2 digital clip-on microphones, as well as the HandMic digital. All of these models utilise Apogee‘s multi-award-winning A/D-conversion technology which ensures professional recording quality with smart devices. 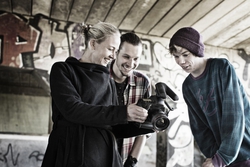 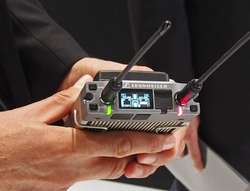 The highlight product in Fild Production is the two-channel EK 6042 – the only camera receiver that is able to simultaneously receive an analogue and a digital transmitter. For wireless boom miking, there is an MKH 8060 shotgun microphone with SKP 2000 plug-on transmitter, while an SKM 9000 handheld transmitter and an MKE 1 clip-on microphone are showcased as miking options for ENG work. 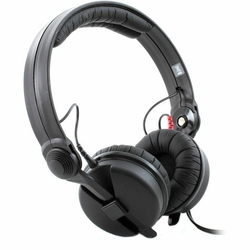 The field of sports broadcasting is a hotbed of innovation, which is why it merits a dedicated additional area at the stand. Besides the new broadcast headsets of the 27 series and the HD 25 professional headphones, shotgun microphones of both Sennheiser (the classic MKH 416, the MKH 8060 short gun and the MKH 8070 long gun) and Neumann (KMR 81i, medium length) will be on show. Also presented is the Esfera microphone system which generates fully-fledged 5.1 audio from just two channels. 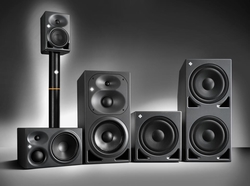 Various set-ups for studio monitoring can be tested at the stand: Neumann loudspeakers including the KH 310 and KH 120 as well as KH 810 subwoofers are available for those wishing to try out surround and surround + height arrangements. To get the perfect sound for 9.1, original AMBEO 3D audio recordings and AMBEO upmixes are used. 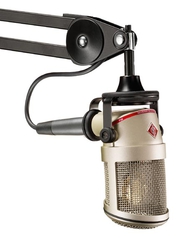 The Neumann BCM 104 is an ideal announcer’s microphone for broadcasting and studio, which will be demonstrated alongside the Neumann TLM 102, TLM 103 and U 87 Ai studio models. Rounding off the microphone area is the Sennheiser MK 4 digital, which features Apogee-A/D conversion and preamp technology that make it an ideal choice for digital audio recording.

About Sennheiser and Neumann
Audio specialist Sennheiser is one of the world’s leading manufacturers of headphones, microphones and wireless transmission systems. Based in Wedemark near Hanover, Germany, Sennheiser operates its own production facilities in Germany, Ireland and the USA and is active in more than 50 countries. With 19 sales subsidiaries and long-established trading partners, the company supplies innovative products and cutting-edge audio solutions that are optimally tailored to its customers’ needs. Sennheiser is a family-owned company that was founded in 1945 and which today has 2,750 employees around the world that share a passion for audio technology. As part of the Sennheiser Group, Georg Neumann GmbH, known as “Neumann.Berlin”, is the world’s leading manufacturer of studio microphones. Founded in 1928, the company has been recognized with numerous international awards for its technological innovations. Since 2010, Neumann.Berlin have expanded their expertise in electro-acoustic transducer design to also include the studio monitor market. In 2015, the Sennheiser Group had sales totaling €682 million.