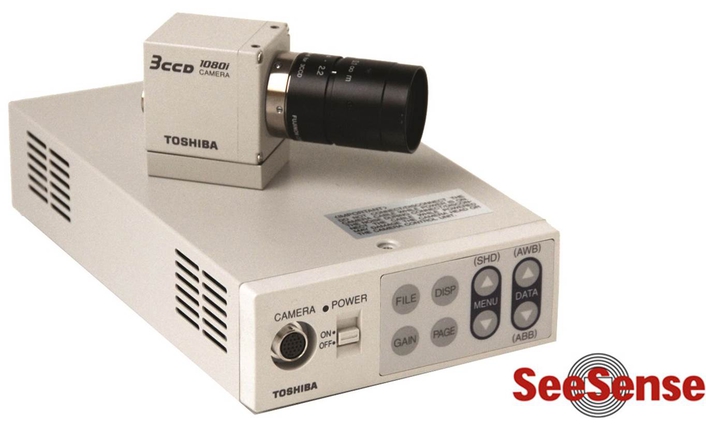 Initial feedback from broadcast hire companies who own the new camera system say that it works straight from the box and is more straightforward to use than the already popular IK-HD1.  Customers find it intuitively simple to set up and superb HD images are obtainable as soon as it is plugged in.

The Toshiba IK-HD1 is a well-established favourite in the Broadcast Industry being used my major TV companies in the UK and across Europe.  The camera is BBC approved and sees use in many different situations including live sports events, POV camera, in-car and is ideal for miniature lightweight 3D camera systems.

SeeSense are running a special offer for this new system during July.  Please refer to their ALL NEW website www.seesense.eu for further information.

SeeSense was co-founded in 2010 by Nigel & Jana Paine along with technical specialist Paul Rogers.  All are experienced imaging professionals who have combined their individual skills to create an enterprising and innovative business specialising in the sale and distribution of miniature cameras and associated solutions.  SeeSense supply a wide range of markets including broadcast, medical, industrial, research and security industries.

The core of SeeSense’ business is as an official distributor for the Toshiba range of industrial cameras.  However SeeSense maintains a close working relationship with its other suppliers including Raptor Photonics, Calibre, IDT and Opgal.  The Company also uses its experience enhancing and improving products for specific customer requirements. This includes Cobra, an ultra compact deployable mast system that can be rolled up for storage.

Based in the UK and Slovakia, the Company develops strong and lasting relationships with its customers both in the UK and across Europe.