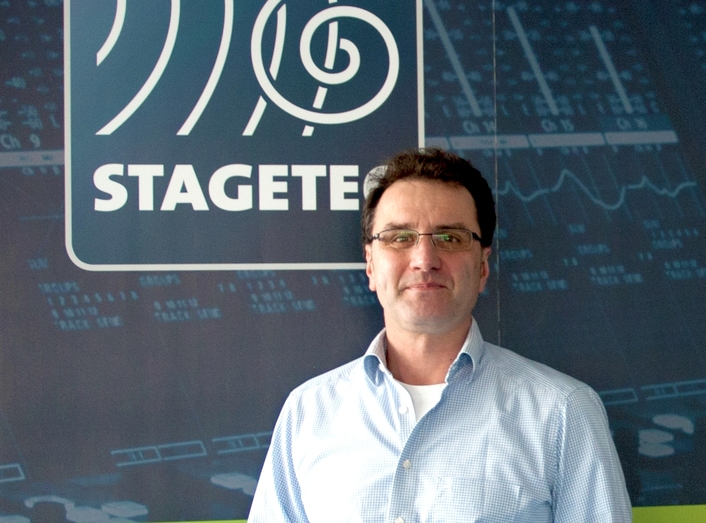 Stage Tec, the Berlin-based manufacturer of professional audio equipment, welcomes a new member to its sales team. From March 1st, Sebastian Schmidt is now overseeing radio and television customer service for Germany, Austria and Switzerland. “We are delighted to have Sebastian back on our team,” affirms Alexander Nemes, Head of Sales at Stage Tec. “He has been familiar with our products for over twenty years and has been instrumental in their development. Our customers in broadcasting will benefit from his customer focus and extensive industry knowledge.”

Sebastian Schmidt is a trained computer electronics technician and holds a degree in electrical communications engineering from the Konstanz University of Applied Sciences. From 1997 until 2003, Sebastian Schmidt was employed at Stagetec VPA GmbH in Löffingen as a sales engineer for professional audio equipment. From 2003 until 2015, he managed this branch and looked after customers in Southern Germany, Switzerland, Hungary, Poland and Scandinavia. He provided technical consulting and devised comprehensive customer-specific solutions and concepts. Sebastian Schmidt created system plans for audio systems in main control rooms, studios and outside broadcast vehicles for radio and television. In addition, he planned audio systems for theatres and music academies.

“While on the lookout for a new challenge, I never lost sight of developments at Stage Tec,” Sebastian Schmidt explains. “It makes me extremely proud to be part of the launch of the new IP-based AVATUS mixing console and to introduce it to our broadcasting customers. I’m also really looking forward to working with the colleagues I know so well.”
You can meet Sebastian Schmidt at prolight+sound at our booth 3.1 G38. Sebastian Schmidt can be contacted by email at S.Schmidt@stagetec.com and on his mobile at +49 170 3684 002.