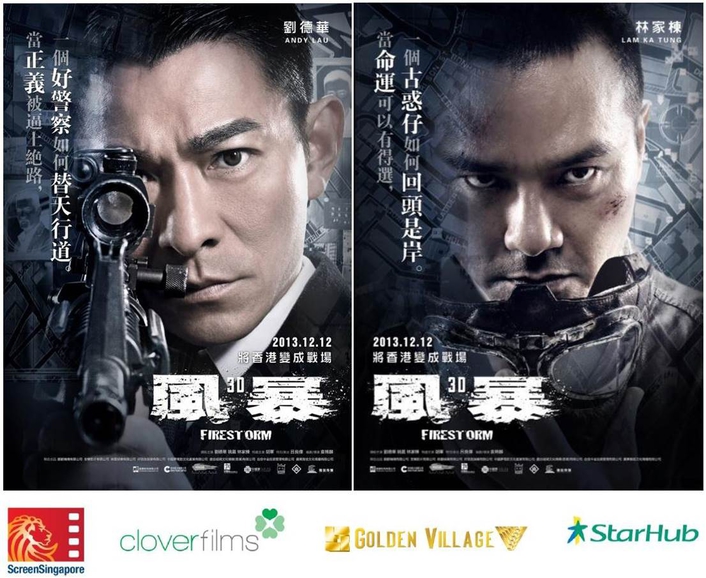 Andy Lau-starrer will be opening film of the premier event on 4th December
Upcoming police-themed Hong Kong blockbuster FIRESTORM 《风暴》 will be holding its World Premiere in Singapore. Directed by Alan Yuen 袁锦麟, co-produced by highly acclaimed Hong Kong producer Bill Kong 江志强 of Edko Films and Andy Lau刘德华, and starring Andy Lau himself, FIRESTORM has also been selected as the opening film for ScreenSingapore 2013.

Andy Lau, along with co-star Gordon Lam Ka Tung 林家栋, will be in Singapore to grace the ScreenSingapore red carpet at Resorts World Sentosa on 4th December.

With a production budget of US$20 million, FIRESTORM tells the story of a policeman who crosses his own moral red line in order to catch a gang of seasoned crooks. The movie marks the feature directorial debut of Alan Yuen, who previously worked on the screenplays of many successful movies including Benny Chan’s NEW POLICE STORY and SHAOLIN.

Besides taking the roles of Executive Producer, Producer and leading Cast, FIRESTORM is also the 146th film in Andy Lau’s long and illustrious acting career. The movie is scheduled for Asia-wide release on 12th December, which coincidentally is the same release date as INFERNAL AFFAIRS, another film he starred in, 11 years ago. 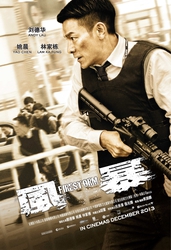 Says Lim Teck, Managing Director of Clover Films, one of the co-distributors of the movie in Singapore, “FIRESTORM is one of the most anticipated Asian movie in recent years and we are very happy that the producers & superstar Andy Lau have chosen Singapore to be the venue for the world premiere of this spectacular movie. We believe that the premiere at ScreenSingapore will bring great excitement to the fans in Singapore!”

“We are truly pleased that again, ScreenSingapore will be hosting the world premiere of a major Asian film. The decision by the producers to have the launch here only proves that, as a platform to highlight and promote Asian filmmaking, the 3-year old ScreenSingapore is coming into its own”, says Michelle Lim, Managing Director of Reed Exhibitions Singapore, producer of ScreenSingapore 2013. “We look forward to welcoming the stars to Singapore.”