HDstream is a small production company, located in the town of Montescaglioso, near Matera, in Southern Italy. Founded by two young videomakers, Giuseppe Scocuzza and Nicola Pietrocola, both of whom share a passion for producing live content, HDstream has for several years been broadcasting the annual festivities celebrating the life of Saint Rocco, the patron saint of their hometown. The one day production, called San Rocco Live 2014, involves raising awareness of this fascinating historical celebration, which is deeply rooted in the local traditions of the Matera region.

In the lead up to San Rocco Live, HDstream made the decision to upgrade its production suite, and chose a number of key workflow components, including an ATEM Television Studio production switcher from Blackmagic Design with the specific aim of enhancing the live production. “For a small operation like ourselves, keeping costs down is absolutely essential, however ensuring the production value remains as high as possible is also just as important,” reveals Giuseppe Scocuzza, partner at HDstream. 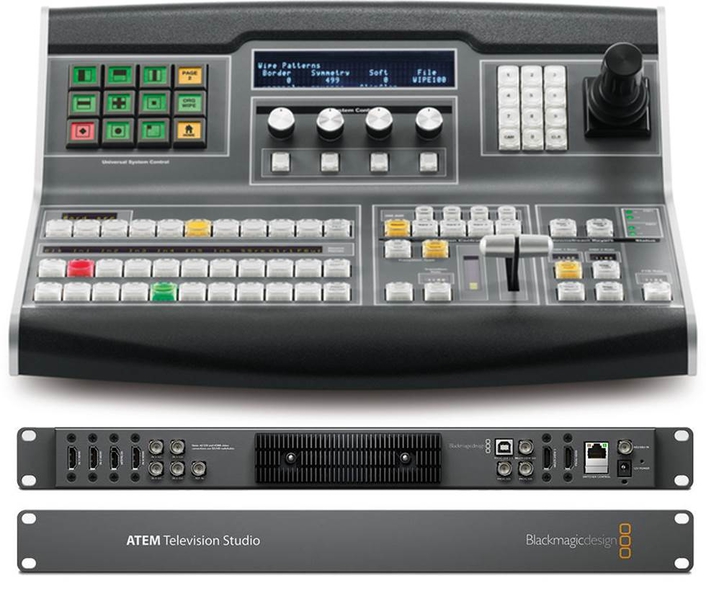 On the day, a small production team of nine, including two directors, five camera operators and two presenters, covered an extended route of four kilometers, filming the entire procession. Giuseppe and his partner had to carefully plan for and prepare every aspect of this production to ensure there wasn’t any unexpected surprise. With the large crowds of spectators lining the route, it made positioning the cameras quite a challenge, according to Scocuzza.

A mixture of HD-SDI and HDMI based camera chains were used in the production, including three HDMI based cameras, connected to the switcher using a series of Blackmagic Mini Converter HDMI to SDI, and a fourth HD-SDI camera. A fifth input on the switcher was used to supply the video director with graphics via HMDI, including lower thirds and stings. The mixed program feed was then converted to h.264, captured in real time on the PC using Blackmagic’s Decklink Mini Recorder and then streamed using software from Wirecast.

“We chose ATEM Television Studio because it gave us not only a built in MultiView but also the ability to encode our program mix straight to h.264 for streaming purposes,” says Scocuzza. “The MultiView meant that we could keep a tab on all the events as they unfolded, ensuring that we were able to package together the very best program. Without it we simply wouldn’t have been able to make the most of all our camera positions, and we’d have run the risk of capturing repetitive shots across multiple camera, reducing the number of usable feeds available to us.” 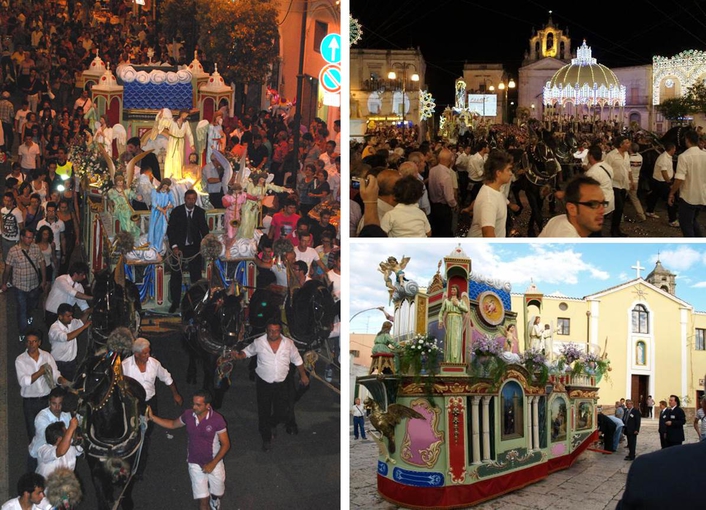 Another feature of the new setup that proved to be essential was the ability to manage audio in addition to video through the Blackmagic switcher. “On a live production of this scale, with a central role being played by marching bands, audio needs to be as natural as possible,” adds Scocuzza. “The ATEM Television Studio allowed us to use a single SDI connection for video and audio signals. In the past we would have deployed a second cable run for our ambient microphones and that often had a detrimental impact on the quality of audio that we could capture.”

Not only was coverage of the celebrations broadcast live on television by a number of regional broadcasters and streamed online, highlights of the procession were also played out on several big screens located around the streets of Montescaglioso. “The first big screen was in close proximity to the video production desk, and so we took a VGA output from a PC straight into the screen, while Wirecast enabled us to supply a clean video output to the second of our two big screens, using the live streaming feed.”

“Thanks to Blackmagic Design we have been able to step up our game another level,” concluded Scocuzza. “Giving us the features we needed, we were able to produce a really professional looking show, which was suitable for broadcast transmission and streaming.”