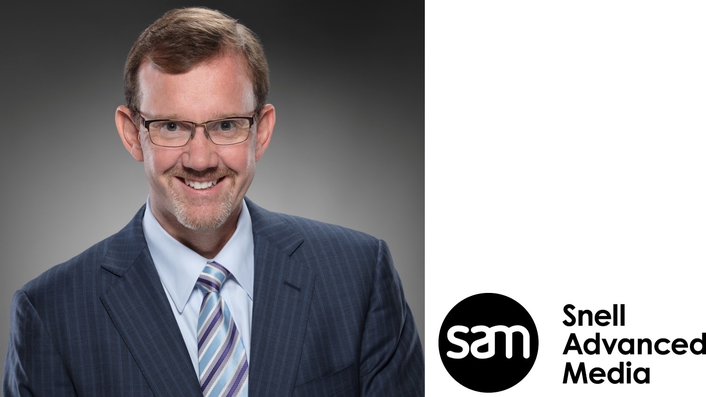 He was CEO of Tandberg Television, leading its merger with Ericsson Group in 2007 and subsequently resigned to accept the CEO role at NASDAQ-listed IT services provider Internap Corp. During his tenure at both businesses he delivered significant increases in value after transforming the strategy, investing in new products, sales and world-class customer support.

In his role as CEO of SAM, he will continue to drive the growth and development of the group across its core markets and build upon the significant sales growth the business has achieved in the last two years as a result of significant investment in new products.

Headquartered in Newbury, Berkshire, the group employs almost 600 people across offices in Europe, the Americas, the Middle East and Asia Pacific.

The group, which recently reported 20 per cent year-on-year growth, is backed by LDC, the private equity arm of Lloyds Banking Group. 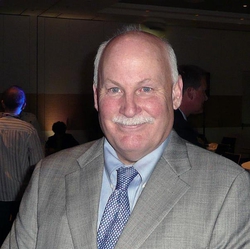 The appointment will see Tim Thorsteinson step down as CEO after two years in role for personal reasons which, in the near to medium term, limit his ability to travel. Mr Thorsteinson led the turnaround of SAM based on a clear new product development strategy combined with strengthening the presence of the sales teams in core markets. He successfully led the rebranding of the group as Snell Advanced Media (SAM). He will continue to be involved in an advisory capacity to the Board as part of a succession plan. He will also remain as a shareholder in SAM.

Commenting on his appointment, Eric Cooney said: “Snell Advanced Media has seen good growth in recent years, in what has been a challenging market impacted by the changing nature of end-user media consumption. This is testament to its commitment to innovation and integration, whilst keeping its customers front and centre.

“Having demonstrated the ability to adapt and evolve both organically and through M&A activity, this is an exciting time to be joining the group as we look to explore new ways to further drive market share and profitable growth within the media production industry.”

Chris Hurley, Chief Portfolio Officer of LDC, said: “We’d like to thank Tim for his important contribution to the success of Snell Advanced Media during his tenure as CEO.

“Eric brings a wealth of industry expertise from across the group's core markets as well as senior leadership experience in some of the sector's most successful firms. He is ideally placed to lead the team and further build on the business’ successes to date.”

Kevan Leggett, Chairman of SAM, said “Tim has done a fantastic job in first, stabilising the business and then creating and executing a strategy based on significant investment in new product development aligned to enhancing the sales team which has resulted in SAM’s sales growth significantly outperforming the overall market. I have enjoyed working with him and am delighted he remains involved. Eric has a proven track record of significant value creation and can build on the platform Tim has built to continue SAM’s success in the coming years.”

SAM delivers a range of technology-led products and solutions across the media production ecosystem, including live production, news and sports editing, playout and delivery, modular infrastructure and image processing, working with the world's leading broadcasters and content producers.

1. LDC is the private equity arm of Lloyds Banking Group and is authorised and regulated by the Financial Conduct Authority. 2. LDC backs ambitious management teams from UK-based companies seeking up to £100m of equity for management buy-outs, institutional buy-outs or development capital transactions. 3. LDC is celebrating its 35th anniversary and has completed more than 550 investments since 1981. 4. LDC has a portfolio of 90 businesses across the UK which collectively generates £5.5bn of revenues and employs in excess of 35,000 people. 5. LDC invests in a broad range of sectors and has particular experience in Construction & Property, Financial Services, Healthcare, Industrials, Retail & Consumer, TMT, Travel & Leisure and Support Services. 6. LDC has committed to invest £1.2bn in UK mid-market businesses over the next three years. 7. Over the last three years (2014-16), LDC has invested over £1bn of equity and generated exit proceeds of more than £2bn. 8. LDC is the leading private equity company in the UK mid-market. Recent transactions include investments with Addo Food Group, Hill Biscuits, Blue Bay Travel, Fishawack, Rush, ChargePoint, Mitrefinch, PAW, Team17 and Ellis Whittam. 9. LDC has a UK regional network with offices in Aberdeen, Birmingham, Bristol, Cardiff, Edinburgh, Leeds, London, Manchester, Nottingham and Reading.