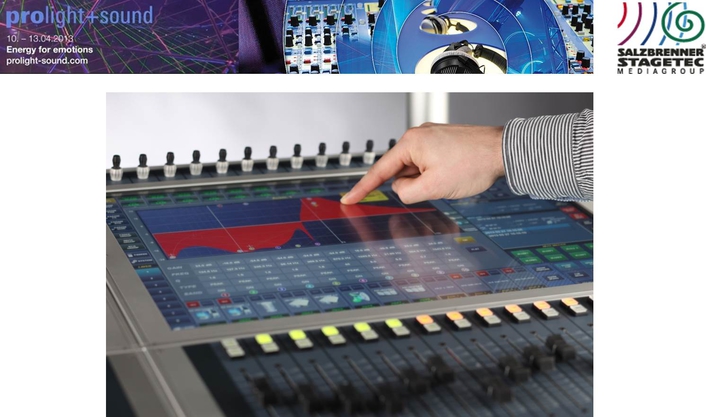 Comprehensive overview of audio technology for theatre, event, and live sound
At this year's Prolight & Sound, the SALZBRENNER STAGETEC MEDIAGROUP showcases a comprehensive overview of their product lines for theatre, live sound, and event, ranging from the large AURUS mixing-console system to the world’s first mixing desk with touch-screen user interface, the compact yet powerful CRESCENDO to the DELEC line of intercom and commentary systems. Visitors may enjoy live demonstrations of all systems and may inform themselves about systems integration in the field of theatre and event applications.

A short overview of what the MEDIAGROUP will show at this year´s Prolight & Sound:

·    POLARIS touch. The world’s first mixing desk with a hybrid control surface of hardware controls and touch screens. POLARIS touch stands for unique flexibility and ease of operation, allowing not only for mixing but also for controlling intercom, light, DAW and much more from one single, integrated device 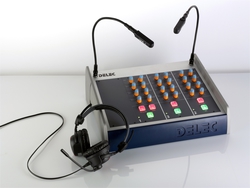 ·    DELEC oratis is a market leading digital intercom and paging system. Thanks to its modular concept it is highly scalable and flexible. Oratis pairs with Dante Audinate allowing for signal transmission and networking via standard Ethernet.

·    NEXUS is a market leading digital audio routing and networking system for professional applications. Since its market introduction over one decade ago it has been installed in hundreds of the most prominent venues around the globe.