The first decade of Salzbrenner Stagetec Media Technology has been characterised by robust growth and winning a host of high-profile customers. Set up in 2005 by Zeng Dong, who is still at the helm, today the branch office boasts a team of about 20 solution-driven members. “Obviously, we are proud of the projects implemented so far, but they would have been impossible without the trust and faith of our customers and business partners,” Zeng Dong muses. “Our office is highly respected for its customer orientation, its excellent service, and a product range whose quality and innovative features are second to none.” Friedrich Salzbrenner, founder of the Salzbrenner Stagetec Mediagroup, adds in his speech at the festivities: “The accomplishments of our China-based team cannot be overrated. 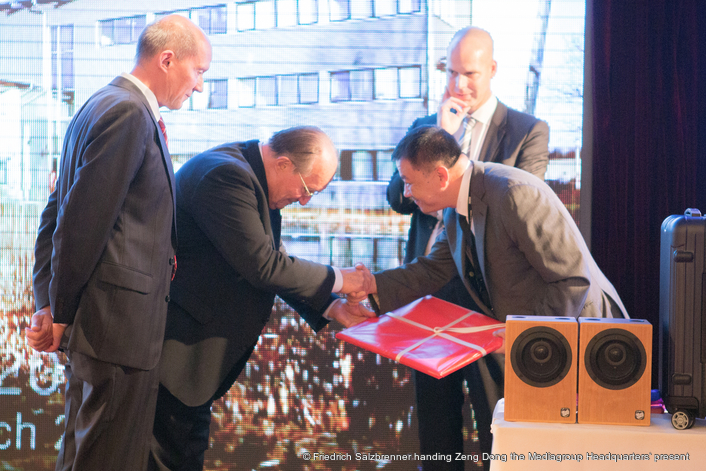 Over the years, their technical expertise and intimate knowledge of the Chinese culture have enabled them to consistently surpass our Chinese customers’ expectations and implement their ideas, no matter how exotic.” This hasn’t stopped the branch office from remaining in close contact with the Mediagroup’s HQ in Buttenheim (Germany), though. Annual trips to the Eurovision Song Contest and the Mediagroup’s premises for a selected delegation of Chinese customers and team members have become popular incentives. Managing Director Thomas Salzbrenner is enthusiastic about the warmth with which he and Friedrich Salzbrenner were welcomed to the anniversary festivities: “Every time we visit our Chinese office, our colleagues give us a most cordial reception. This is not only due to a pure business relationship but also to the friendship which has developed between us despite all cultural differences.”

Thanks to the Chinese team’s drive and dedication, the Salzbrenner Stagetec Mediagroup has become a highly respected name in theatres, radio stations and television corporations all over China. One prominent result of this commitment is Qingdao Grand Theatre, host of the 2008 Olympics sailing and boasting two Aurus digital mixing consoles and four Nexus router Base Devices.

The public China Central Television station (CCTV), the country’s biggest TV provider, is another avid user of the Mediagroup’s pro audio portfolio: one of the station’s HDTV OB trucks is equipped with a 48-channel-strip Aurus console, four Nexus Base Devices and one Nexus router. Three Crescendo consoles were added for the 2008 Olympic Summer Games and have been in use ever since; and in 2010, CCTV’s two main studios were fitted with Aurus digital consoles and Nexus Base Devices. Other users include Tianjin Television and Radio Station, and the Faculty of Literature, Journalism and Communication Science at Beijing University. 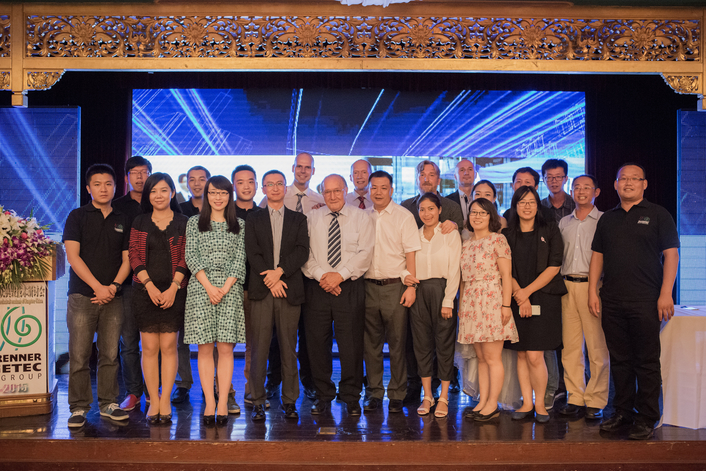 C.A.S. 300 by Salzbrenner Stagetec Mediagroup at the Expo 2010 Shanghai
First ‘HighTecDay Jointly Organized by Stagetec and Sennheiser
All Asia Broadcast Centre (AABC) to broadcast with AURUS