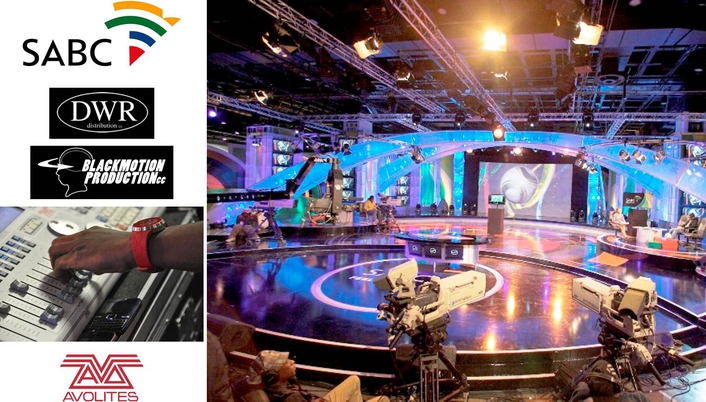 "The SABC has been using an analogue console for decades which was an impediment for their LDs to achieve anything other than generic lighting," says Kagiso Moima, managing member at Blackmotion. "With the new era of lighting technology in South Africa and the Digital space every Broadcaster has moved into, it was imperative for the SABC to introduce this technology to its employees.

"Avoites' Tiger Touch touch screen, the fact it's such a user friendly console, that it provides virtual tutorials and that the Library content is amazing were all major deciding factors in SABC's investment," continues Moima. "The SABC has three big studios in which they mostly record the Variety Show and this is where most of the Tiger Touch consoles will be used, enabling the SABC to incorporate moving light with dexterity into their shows."

The SABC in-house crew discovered the features of Avolites' Tiger Touch when they saw Blackmotion supply the console to the television series 'Roots'. "They were fascinated by the console and the functions it provided for the lighting director," Moima concludes.

Dave Whitehouse from Avolites' South African dealer DWR concludes: "The national broadcaster has experienced a lighting technology gap for some years now. They wanted a console that not only provided them with an up to date operating platform, but one that would be future proof against ever changing technologies. The Tiger Touch proved to be ideally suited to the type of shows they produce, but also to foreseen developments in television lighting."