Søren’s experience includes 16 years of working in top management for a leading lighting manufacturer, during which time he’s built up an awesome amount of contacts worldwide and an impeccable reputation for integrity, in the process becoming one of the best known and liked ‘personalities’ of the professional lighting industry.

At Robe, he will be working closely alongside International Sales Director and CEO of Robe Inc. in the US, Harry von den Stemmen together with all of Robe’s Regional Sales Managers in The Americas, the Middle East, Africa and Russia and the CIS states.

2013 has been a year of unprecedented growth for Robe.

This has been boosted by the launch of a raft of highly successful products and recent expansion in the Middle East with the establishment of a new operation in Dubai. Other strategic expansion plans will be announced before the end of the year. 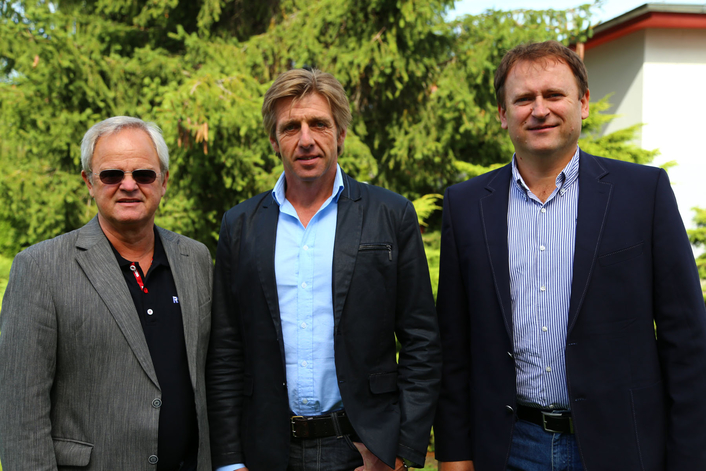 “We have been looking out for people who share our core values to recruit at executive level for some time,” explains Robe lighting SRO’s CEO Josef Valchar, “And when Søren became available, we absolutely jumped at the chance of having someone of his calibre to join us! His character, vast knowledge, outlook on life and business as well as the massive respect he commands industry-wide is perfect for our team and our philosophies”.

Harry von den Stemmen adds, “Moving forward, Søren will remain living in Singapore, his home for the last 16 years, and will be travelling to help grow our business in all the EMEA regions as well as also assisting with product development”.

Robe’s international distribution covers 120 countries, virtually all of which have seen increased business with the launch of this year’s innovative products.

Søren says, “I’ve watched Robe over the last 10 years and seen the brand develop, grow and innovate. Established in installation markets for some time, the last two to three years has also seen serious inroads made into the rental / staging world, all with a constant stream of highly reliable and competitive products and an extremely good attitude to business. I am really excited to become part of this.”