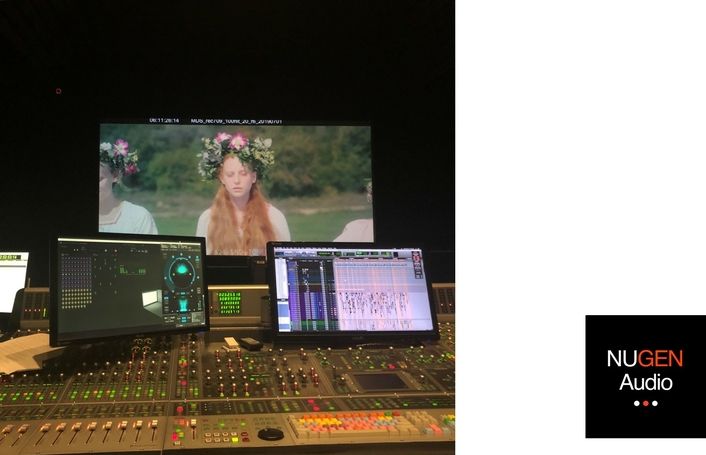 Halo Upmix Preserves the Character of the Original Audio Without Adding Any Artificial Reverb, Chorus or Delays

As one of the industry’s most respected audiophiles, Award-winning Re-recording Mixer, Sound Editor and Sound Designer Ruy Garcia is passionate about using only the best audio equipment for his craft. When it came time to fine-tune the surround mixes for the Netflix release of 2019’s Midsommar and the theater premiere of the recently released Wendy, Garcia selected NUGEN Audio’s Halo Upmix.

Initially, both Midsommar and Wendy were 5.1 projects, but with the advent of streaming releases on the horizon, film execs requested Atmos-compliant mixes. “In today’s mixing environment, you often have to make your projects simultaneously compatible with Atmos, 5.1 and stereo,” explains Garcia. “It’s important to have tools that work well with the artistic side in conjunction with all these technical requirements. In the case of Midsommar, when it was seen in theatres, it was a very sonically complex, 5.1-format movie. After the film was sold to Apple TV, A24 and Supervising Sound Editor, Gene Park, hired me to mix the Atmos version. With Wendy, we originally mixed in 5.1 and then, thanks to a Dolby Fellowship grant, had the opportunity to finish our mix in Atmos before it premiered. Halo Upmix allows for quick transparent Atmos capability, which is very important.”

From naturally extracted and expanded soundscapes to full cinematic big-stage enhancement, Halo Upmix delivers all the control needed to fine-tune surround mixes. “Halo Upmix is not only fully immersive, but its visual tools and sonics stand out from all the other upmixers on the market,” continues Garcia. “NUGEN’s Halo Upmix is incredibly useful for simultaneously delivering projects in both stereo and Atmos, and it has given us the option of making a really immersive sound field. For example, with Midsommar, there are scenes where the camera is tilting and rolling around. We literally took an entire piece of stereo score and made it flow all around us with the simple move of a fader. That was incredibly natural, and you could really feel it in the room.”

Although Midsommar was Garcia’s first time using NUGEN’s Halo Upmix, he’s no stranger to the brand. “We use the company’s ISL limiter and VisLM meter to comply with Netflix or Apple’s loudness requirements,” he adds. “When we were creating the theatrical mix for We the Animals, it ran the entire spectrum of loudness. Overall, it’s a very quiet film, but it is also very dynamic, and we didn’t want to lose that to hit a required level. In order to make it work for TV, we had to limit that spectrum to hit specific targets while still aiming to retaining the overall emotional feel. In the case of Midsommar, we set up a recorder system for running VisLM meters after the Dolby DMU, this allowed us to check that the 7.1, 5.1 and stereo versions would also work for Apple’s specifications. By doing so, we still had the Atmos format options and could confidently push the loudness levels, which was really useful.” 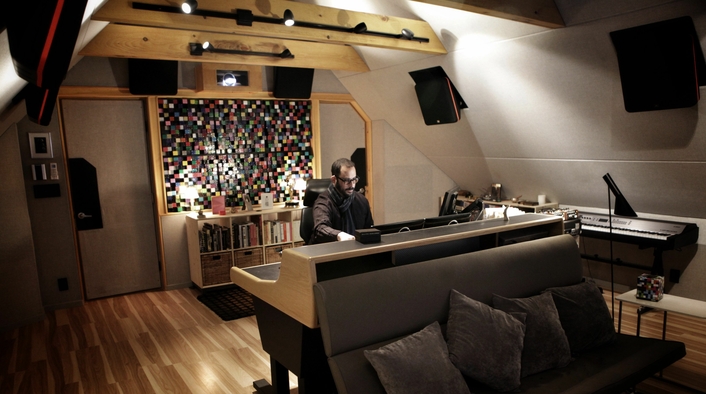 For Garcia, NUGEN provides a vast array of other benefits. “I really like NUGEN’s software because, when I’m mixing, I prefer not to leave one setting for the entire movie; I'm moving it all the time,” he says. “NUGEN plug-ins allow me to have more in the center or more in the ceiling, when working between formats. They are really creative tools, not just converters. The graphics are also very informative, especially the meters, which provide visual cues for what we have to adjust. I also really like the Halo Upmix ‘exact’ control mode, which affords me the confidence of knowing that the original source integrity is precisely preserved. No matter what I’m working on, NUGEN is part of my template.”

In addition to his recent projects, Garcia’s credits include the hit movie Y Tu Mama Tambien and the popular HBO series Boardwalk Empire, for which he won a prime-time Emmy Award in 2013.

About NUGEN Audio
NUGEN Audio’s award-winning tools for audio analysis, loudness metering, mixing/mastering, and tracking are used by the world’s top names in music production, broadcast and post-production. For audio professionals, NUGEN Audio’s mix and mastering products offer market-leading fidelity and unrestricted creativity in every situation, providing a direct and natural way to work with sound. NUGEN Audio tools have become critical for some of the biggest names in the industry.