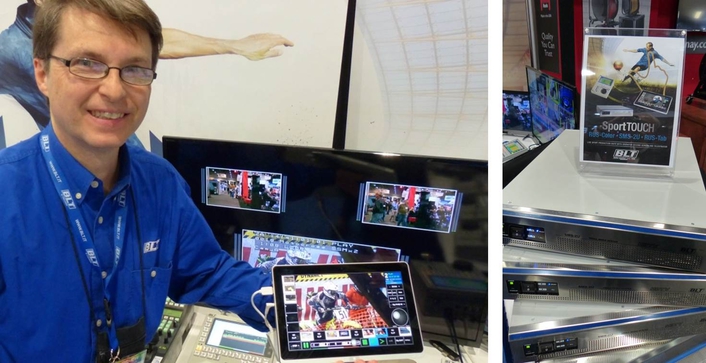 Alfredo Bartelletti, Technical Director: "BLT delivers an innovative new tablet interface for sports"
BLT is an Italian company based in Lido di Camaiore, near Viareggio, along the beautiful Tuscany Riviera and close to historic towns such as Pistoia and Lucca. A family business owned by the Barteletti family, BLT now has more than half a century of activity in the TV industry to its credit, with an offer that includes video servers for live sports production and OB vans.

The company’s offer is centered on an 8-channel video server, SMS-4U, designed for simultaneous recording and playback, endless recording with loop, and super slow motion. All features spring from great reliability meant for high-end professional and broadcast applications. Customers for these servers include Italian state broadcaster RAI.

One of the most important breakthroughs made by BLT is a new system called RUS-TAB, which allows TV directors or journalists to achieve live control of all BLT servers. The main functions and controls provided are jog-shuttle, real-time zoom, and the insertion and management of graphical elements. 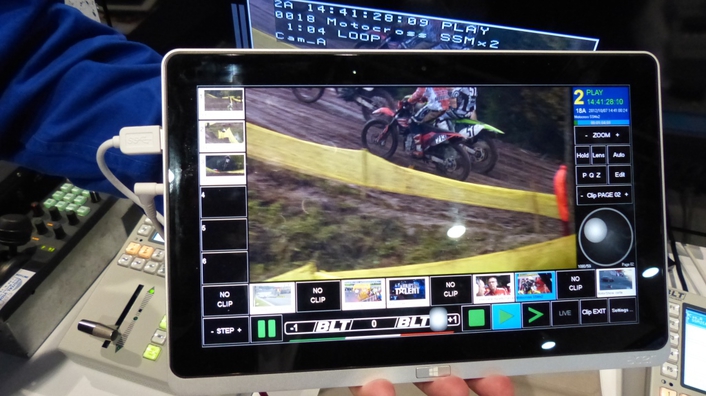 BLT describes this latest development as “a new use of tablets within live sports broadcasts”. The complete control of the video server which handles all clips’ live airing or the selected video content is now manageable from a simple tablet interfaced via Wi-Fi or cable Ethernet. BLT also declares its new system as “the world’s first with integrated TeleStrator functions”.

Up to today such functions were performed by a dedicated operator triggered or requested in voice by the anchorman or director. Any single action was to be requested in voice. On the contrary, using BLT RUS-TAB during a live broadcast the journalist may operate directly on the on-air video server by means of a standard tablet PC and touchscreen interface. There is no need to learn specific functions, while all gestures are typical of a tablet or smartphone.

All video archives are revisable; you may define a new clip, start a live reproduction, trigger play and forward speed, effect slow motion, play frame by frame video, and stop reproduction exactly on the frame requested to comment on the spot – even with public and guests in the studio. 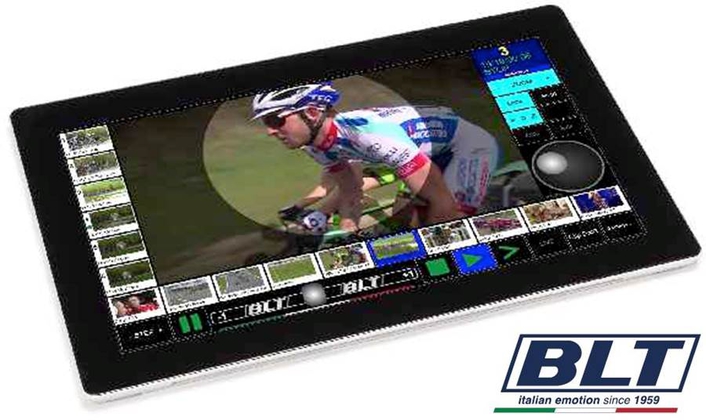 The director may freely walk along the studio floor with his tablet, give it to a guest to collect comments, and ask anybody to personally insert graphical inserts as normally possible on any tablet; just one finger on the screen is necessary.

It is also possible to effect a pinch-to-zoom to instantaneously determine the equivalent effect on the live material aired.

RUS-TAB plays on the tablet screen the result of the action performed so that any further comment is based on a previous action, while all live airing is totally devoted to the video server which can also effect a full HD image fluid zoom. All is achieved in full speed and quality, and no external rendering stations are necessary.

Simple and effective this interface can also be used in offline mode so any operator is free to perform other functions in complex working environments, such as OB vans.