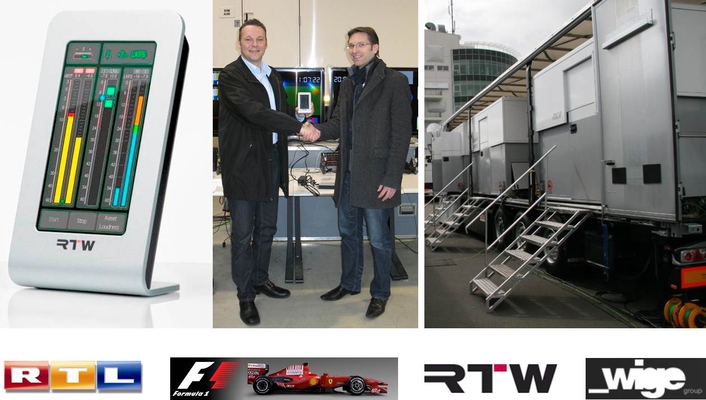 The three RTW units are part of Wige Broadcast’s extensively preconfigured mobile production system, which the company flies from race to race, setting it up on site. Despite the considerable workload the equipment must handle, Tobias Vees, executive manager for technical systems and business development at Wige Broadcast, says the units operated flawlessly.

“Even after countless transports, temperature fluctuations, and continuous assembling and disassembling, the units operated smoothly,” says Vees. “In addition, our on-site users liked the extremely straightforward operating concept of the TM3, as well as the option of placing the unit horizontally or vertically, as needed.”

For the Formula One broadcasts, Wige Broadcast used the TM3 TouchMonitor as a component of the on-site edit suites. The signal inputs of the TM3 are extremely flexible and provide a number of formats, including analog (balanced and unbalanced), AES3 and S/PDIF—features that Vees appreciates. “When it comes to selecting input sources, the TM3 is extremely flexible,” he explains. “Fast integration of the devices into existing setups is simple and straightforward. 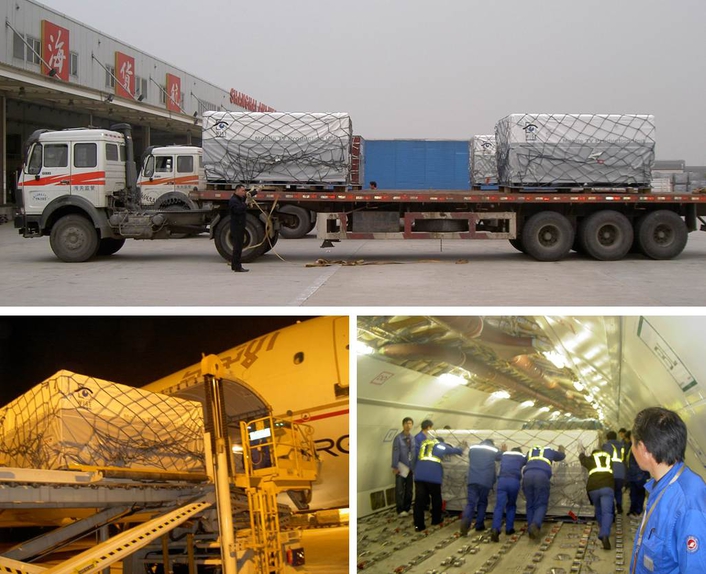 Vees notes that while the RTW TM3 TouchMonitor wasn’t the only metering system his company tried, it was the one Wige Broadcast liked the best. “We had tested various options for loudness metering for this project,” he explains. “These also included plug-ins installed right on the edit computer. It soon became obvious, however, that a dedicated hardware solution offers many benefits compared to software metering. In addition to the display quality and speed, the accuracy of the metered values plays a key role. In my opinion, no plug-in was capable of achieving the same degree of reliability and display accuracy offered by the TM3.”

A plug-in would have also required on-screen space, and is never on top when actually needed. “On the other hand,” says Vees, “an external unit always shows the relevant settings in the same place and in the highest quality, regardless of the computer’s graphics configuration.”

Moreover, Vees also reported that the hardware units enjoy much greater user acceptance. “With regards to critical parameters such as level and loudness, users want to be sure that they can rely on the readout,” he says. “At the end of the day, a dedicated unit specifically designed for that single purpose is much more trustworthy to them—in particular when it bears the RTW logo.”

“We are very glad that Wige Broadcast relies on the TM3 TouchMonitor to realize such a demanding project,” says Andreas Tweitmann, CEO, RTW. “We are convinced that the TM3 is an extremely flexible and reliable entry-level solution for loudness-metering applications.”

The RTW TM3 TouchMonitor is a solution for quick and easy use in loudness metering. The system comprises a display unit featuring a 4.3-inch touch screen for horizontal or vertical use and a separate interface box. The easy-to-learn operating concept allows for fast selection of presets that are configured using the Devicer DC1 software, which is available for Macintosh and Windows. In addition to PPM and true-peak instruments, the TM3 offers comprehensive loudness metering in compliance with all globally relevant standards: EBU R128, ITU BS.1770-2/1771, ATSC A/85, and ARIB. Instruments include single-channel and summing bar graphs, loudness range, and numerical displays. The TM3 stereo version handles analog and digital audio; in addition, the TM3-6CH version also supports six-channel digital input. (An upgrade option for stereo units is available.)