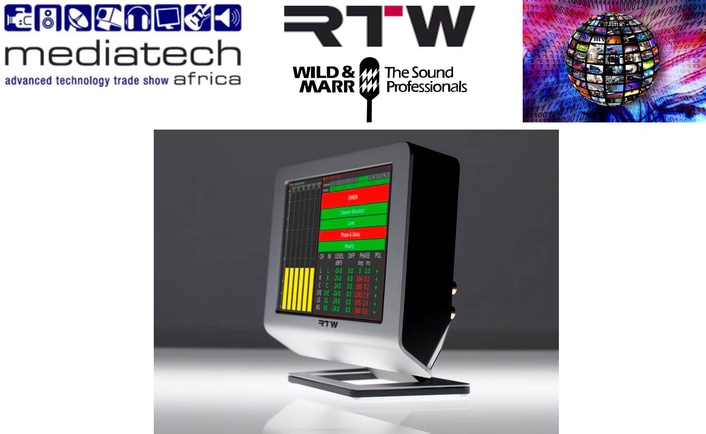 Company Will Also Exhibit Latest TouchMonitor Audio Metering Solutions
RTW, a leading vendor of visual audio meters and monitoring devices for professional broadcast, production, post production and quality control, is pleased to announce that it will be participating in the Africa Loudness Summit taking place July 17 – July 19 at this year’s Mediatech Show in Johannesburg, South Africa. In addition, RTW will exhibit its TM3, TM7 and TM9 TouchMonitors at the Wild & Marr stands (G30, G38a).

The summit, which features a discussion by Florian Camerer, PLOUD chairman and EBU R-128 co-author, will explore the issue of loudness in Africa—its effect on broadcasters and the potential solutions that various vendors have to offer. RTW will share its expertise in loudness monitoring with a presentation of its range of TouchMonitor loudness meters. The following is a description of the meters that RTW will have on hand:

TM3 and TM3-3G TouchMonitors
Controlled using a touch-sensitive display, the TM3 and TM3-3G both have a budget-friendly base price, a 4.3-inch touchscreen and a stylish exterior allowing for horizontal and vertical placement. They include a large number of graphical and numerical instruments showing single-channel or, in the case of the TM3-3G, any of the eight audio channels contained in a 3G SDI stream used for metering, de-embedding and monitoring 3G SDI audio. Both also include summing-loudness bargraphs, PPM, true peak, SPL, loudness range (LRA), dialnorm and correlation. The TM3 and TM3-3G are highly appealing compact solutions ideal for editorial offices, edit suites and small control rooms. 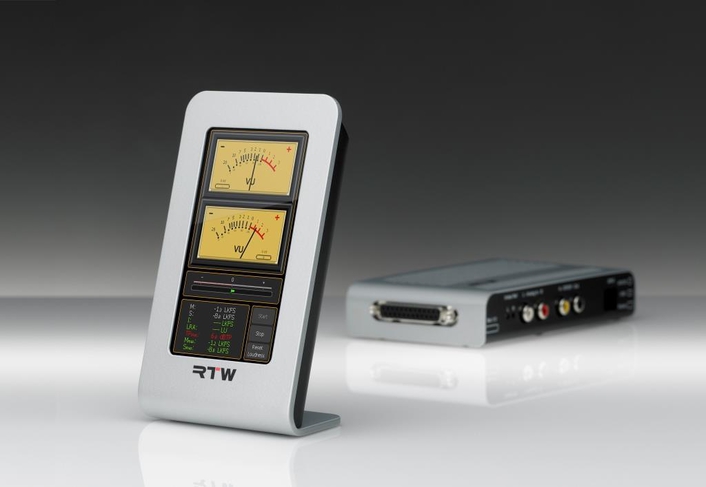 Both the TM3 and TM3-3G also feature PPM and true-peak instruments and offer comprehensive loudness metering in compliance with all globally relevant standards, including EBU R128, ITU BS.1770-3/1771-1, ATSC A/85 and ARIB. Finally, they also feature the Magic LRA instrument, specifically designed by RTW for intuitive visualization of the loudness range and integrated-loudness parameters. Finally, the units on display will be equipped with the new TM3-SWMC Software license, available as an add-on option, which incorporates a moving-coil emulation display.

TM7 and TM9 TouchMonitors
RTW will have on display its TM7 and TM9 TouchMonitors on display, equipped with the new BLITS instrument option that is part of the new SW20013 software license. The TM7 and TM9, which also include the innovative Magic LRA instrument, feature a seven- and nine-inch touch-sensitive display, respectively, and provide unparalleled flexibility and modularity combined with intuitive control. The software visualizes multiple sources simultaneously. Both support displaying the same signal on multiple instruments in parallel, each with dedicated defaults with both horizontal and vertical operation. The system visualizes up to 16 analog and/or digital sources at the same time. 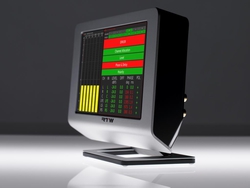 The TM9 is also capable of providing a view of up to 32 digital channels when the 3G-SDI option is implemented. Along with RTW’s entire TouchMonitor range, the TM7 and TM9 were created to help adhere to all major industry loudness standards, including EBU R128, ITU BS.1770-3/1771-1, ATSC A/85 and ARIB.

ABOUT RTW
For more than 45 years, Cologne-based RTW has accompanied the steady technological progress in the professional audio industry with innovative instruments and technologies for visual audio monitoring in broadcast, production, post production and quality control. Its state-of-the-art audio and loudness metering systems have an excellent reputation throughout the world. With groundbreaking products such as the Surround Sound Analyzer, the company has been a key vendor of professional broadcast and audio metering equipment for decades.

RTW’s ranges of products currently includes the SurroundControl series for monitoring, controlling and routing stereo, multichannel and surround audio and the TouchMonitor range, which truly marks a paradigm shift in visual audio monitoring and loudness metering. Combining maximum flexibility and modularity with an intuitive touch-enabled surface and multichannel signal analysis, the TM7 and TM9 units are the essence of many years of experience. The attractively priced TouchMonitor TM3 entry-level system opens new markets, targeting applications such as journalist cubicles, edit suites and small control rooms.

As part of its expansion into the U.S. market, in 2013 RTW established RTW International Corp. in Lancaster, Pennsylvania. The new office is the first U.S. location launched by the Cologne, Germany-based RTW, offering further proof of the company’s continued dedication to supporting its customers and dealer networks in the U.S. The new U.S. office will house all customer service, repair and final product assembly activities for U.S.-based RTW customers, further reducing product delivery lead times.