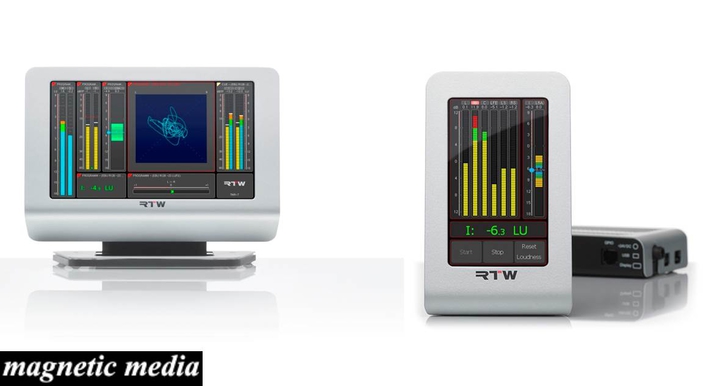 .
RTW, a leading vendor of visual audio meters and monitoring devices for professional broadcast, production, post production and quality control, is pleased to announce that it has designated Magnetic Media its exclusive distributor in Poland.

Founded by long-time Polish Radio Sound Engineer Peter Kubacki in 1990, Magnetic Media first began life as a distributor of AMPEX audio media products. With the rapid growth of Poland’s economy after it emerged from Soviet rule, the company increased its offerings to Shure microphones and Soundcraft consoles, and soon began working directly with technology manufacturers in the United States and Europe. It now offers products from such premier U.S. and European companies as AXIA, ENCO, MAM-A, MDO-UK, Omnia, Telos, 360 Systems and Yellowtec, among others. It has distributed RTW products since 1994.

“It’s an honor to be named an exclusive distributor by RTW,” says Kubacki. “We’ve enjoyed a great working relationship with them in the past 20 years, and their innovative metering solutions are truly the best in class, in great demand by the professional audio community. With professional audio production and delivery becoming more refined, we’re thrilled to work with a company that offers our customers exceptional reliability and quality.”

Magnetic Media has distributed professional audio products to virtually all of the major radio stations in Poland, including Polish Radio Warsaw; Radio RMF, Cracow; Radio ZET Warsaw; the AGORA Radio Group (including TOK FM) and Radio ESKA, among others. It also counts Polish Television (TVP) as a client. As part of its relationship with RTW, it distributes the RTW TouchMonitor line of audio metering products.

“In the past two decades, we’ve watched Magnetic Media grow alongside the Polish market for audio equipment, and have found the company to be an outstanding representative of our products,” says Arjen Hofland, International Sales Manager, RTW. “It has high-profile customers across Poland, and its customer service is second to none. We look forward to continuing our relationship with the company.”

About RTW
For more than 45 years, Cologne-based RTW has accompanied the steady technological progress in the professional audio industry with innovative instruments and technologies for visual audio monitoring in broadcast, production, post production and quality control. Its state-of-the-art audio and loudness metering systems have an excellent reputation throughout the world. With groundbreaking products such as the Surround Sound Analyzer, the company has been a key vendor of professional broadcast and audio metering equipment for decades.

RTW’s range of products currently include the SurroundControl series for monitoring, controlling and routing stereo, multichannel and surround audio and the TouchMonitor range, which truly marks a paradigm shift in visual audio monitoring and loudness metering. Combining maximum flexibility and modularity with an intuitive touch-enabled surface and multichannel signal analysis, the TouchMonitor units are the essence of many years of experience. The attractively priced TouchMonitor TM3 entry-level system opens new markets, targeting applications such as journalist cubicles, edit suites and small control rooms.

In 2013, as part of its expansion into the U.S. market, RTW established RTW International Corp. in Lancaster, Pennsylvania. The office, the first U.S. location launched by RTW, demonstrates the company’s dedication to supporting its customers and dealer networks stateside. It houses all customer service, repair and final product assembly activities for U.S.-based RTW customers.