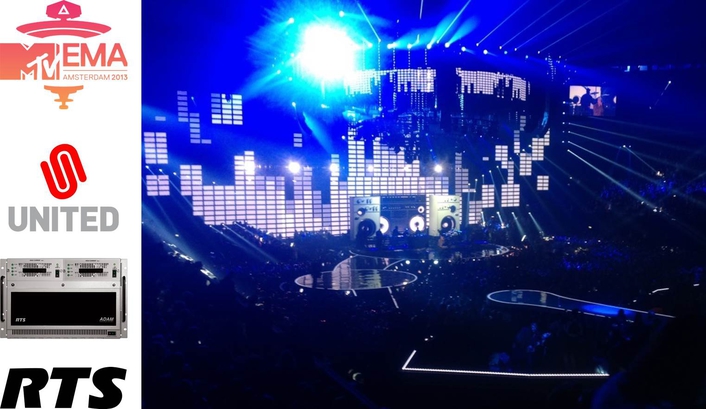 Over 50 million live TV viewers and over 150 million on the internet watched 20th MTV Europe Music Awards in Amsterdam
On November 10th, Amsterdam’s Ziggo Dome was the scene of the 20th MTV Europe Music Awards. Watched live by around 50 million viewers in over 60 countries, the event included performances by international music idols such as Eminem, Bruno Mars, Katy Perry, Miley Cyrus and Kings of Leon. For the first time, Hilversum-based broadcasting specialist UNITED was responsible for the whole broadcast of the event. Capturing images and sounds from four different locations, UNITED employed a staff of over 150 individuals, five OB trucks, six uplink, two downlink and two audio trucks.

“The EMAs are a huge, complicated and prestigious event”, recalls Bolke Burnaby Lautier, Manager Operations Sports and Events with UNITED. “With literally millions of viewers following the event live all over the world on TV and over the Internet, any technical failure could have proved catastrophic.” Crucial to a positive outcome was therefore the quality of communications between the individual live locations. In all OB trucks deployed, UNITED chose to rely upon intercom systems from RTS. Flagship of the broadcast was UNITED’s HD-capable OB14 which acted as a rolling control room for the whole production. The nerve centre of communications on board is an ADAM (Advanced Digital Audio Matrix) from RTS with a 144 x 144 port configuration, linked to 31 keypanels in (KP-32 CLD or KP-12 CLD) with color displays alone in the OB14. The system was trunked to a second ADAM frame which supported 28 external panels located within the venue. Six 2W/4W Digital Hybrid Interfaces from RTS as well as RTS TW BP-325 two-channel belt packs completed the impressive array of communications equipment on board. 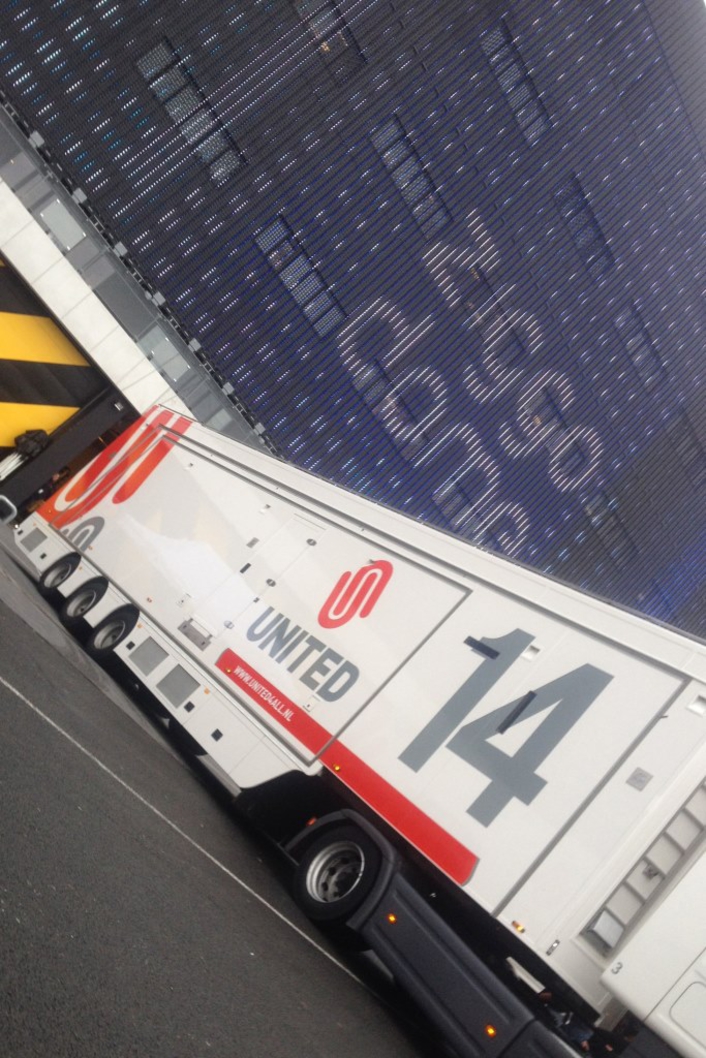 In UNITED’s other outside broadcast vehicles OB15, OB8 and OB12 it was much the same story: intercom equipment from RTS provided flawless communications at all times. A RTS ADAM digital matrix saw service in OB12 and a RTS Cronus matrix in OB15 with 23 keypanels, eight 2W/4W interfaces and 20 belt packs – in all cases from RTS – serving as peripherals. A further Cronus matrix provided the backbone of the intercom solution in OB8. Adding the staff on site, the production also included over 180 radios. Split over 21 different channels, these were also tied into the RTS intercom system.

“Technically, broadcasting live is no difference to the recording of a show for a DVD”, explains Lautier. “What adds to the complexity is that we have to produce the show at the same time. This includes coordinating the input from four different venues, the timing of commercial breaks as well as inputs from the individual MTV channels all over the world.” In all, the communication system included an estimated total of over 400 individuals worldwide, for Lautier reason enough to expand the communications personnel: “Hilbert Flokstra, intercom engineer in charge, was the spin-doctor in this huge and complicated communications web.”

The result, according to Lautier, was outstanding. “We have always been amazed by the reliability and high quality of RTS products”, Lautier states. “We delivered a flawless performance on the big day – thanks to a perfectly trained team and the efficiency and reliability of RTS equipment.”