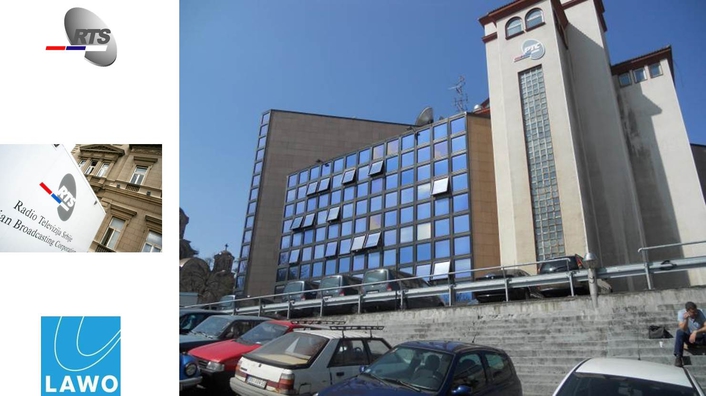 .
Looking to update the audio systems in five of its studios, the Management and System Engineering Department of the Serbian Broadcasting Corporation – or Radio-Televizija Srbije (RTS) – called on local broadcast systems integrator Amisys and a number of Lawo mc²56 mixing systems.

Producing news, drama and sports programming for radio, television and internet broadcast, RTS is the largest broadcaster in the former Yugoslavia and the Balkans. It operates from five studios, three located in the centre of Belgrade and two in the suburbs. The technical upgrade was to cover all five.

‘The studios are located in two buildings, one is in the city center and other is in the suburb, says RTS System Engineer for Audio Technologies, Mirjana Mihajlovic, who has been with the broadcaster since 2007. ‘Three studios in the city center are mostly used for live production, news, talk shows and political shows. The two studios in the suburb building are mostly used for music shows, postproduction and entertainment programs. We had old equipment, which was not able to fulfil needs of modern production so we decided to design an audio system according to our needs.

‘The audio systems in the city center studios are designed mostly for speech, and needed to be flexible, fast and reliable,’ she says. ‘It was most convenient to design systems with the same I/O and to buy mixing consoles from the same manufacturer.’ 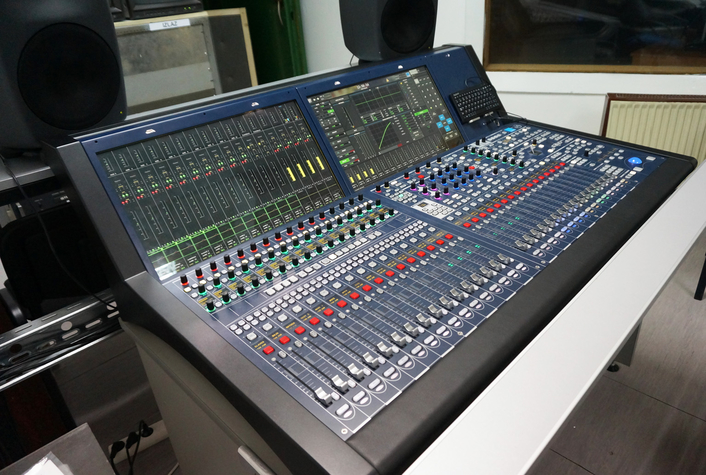 For the city center studios RTS settled on a requirement of 24 mic/line inputs, 16 line inputs, 16 line outputs, 32 AES/EBU inputs and 32 AES/EBU outputs. Besides this I/O, the broadcaster needed an adequate routing system, high-quality DSP and a high level of redundancy, in a package that is suited to live production and easy for operators to work with.

The two studios in the suburbs required the same feature set, but more I/O capacity and greater DSP power for working on music shows and larger productions. Again, it was decided to have two systems with the same configuration. The requirement here was for 48 mic/line inputs, 24 line inputs, 24 line outputs, 48 AES/EBU inputs and 48 AES/EBU outputs.

‘As we are a public broadcaster, we needed to put out a tender for new equipment, so our technical specification was made to match certain class and capacity of professional digital audio mixing consoles. Lawo fulfilled all of our specified needs and won on that tender – so we bought five mc²56 systems for our five studios and are very satisfied with them,’ Mihajlovic says.

‘At the moment, we are finishing the installation of the first audio system with a Lawo mc²56 console and it will be working in two weeks,’ she adds. ‘Afterwards, we are going to install other four systems one after another.’