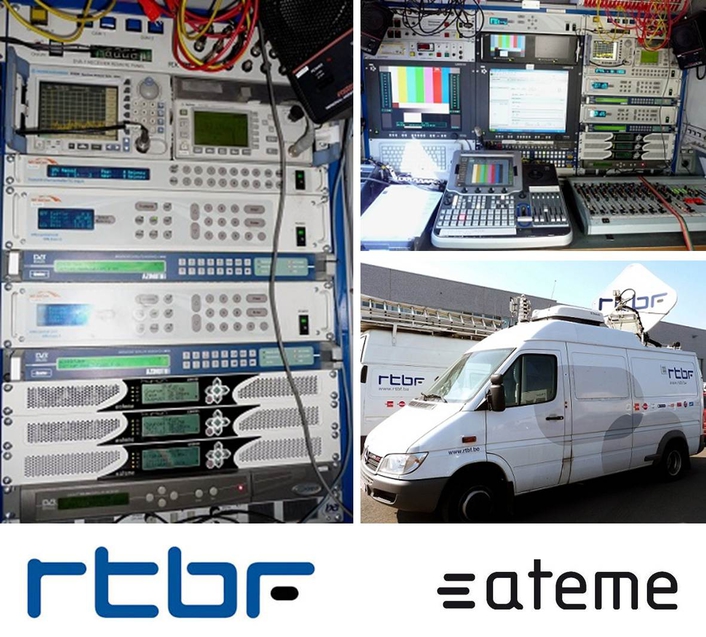 RTBF evaluated encoders from several leading vendors but went for ATEME’s because of their superior interoperability and future proofing. Interoperability with encoders and decoders from other vendors was the top consideration, reflecting RTBF’s need to cooperate frequently with broadcasters in neighbouring countries including France, Germany, and the Netherlands, according to RTBF Broadcast Engineer Kevin Preumont. ”What impressed us most about ATEME was the interoperability. We tested an ATEME contribution pair with equipment from American, European and Japanese vendors and it never failed. This is very important for us because we don’t know which equipment our colleagues will use for satellite transmission.”

A particularly important factor on the interoperability front was ATEME’s support of BISS (Basic Interoperable Scrambling System), which was developed and is promoted by the European Broadcasting Union (EBU), and now being widely adopted for satellite contribution. This will make it easier for RTBF when it contributes pictures for events broadcast globally, such as the Belgian Formula One Grand Prix.

Flexibility and value for money were other important considerations in RTBF’s choice of ATEME. “The fact we can use these encoder/decoders not only for DSNG but also for temporary microwave links in the future is really attractive. This is possible because the encoders output both ASI and IP.” said Preumont.

The other major consideration was future proofing and in particular the ability of the ATEME encoders to support the efficient and high quality 4:2:2 10-bit H.264 encoding standard. Like a number of other broadcasters, RTBF will not be using 4:2:2 10-bit H264 encoding immediately, but plans to do so in the future. The MPEG-4 4:2:2 10 bit profile enables broadcasters, pay TV operators, and content owners, to maintain the highest quality throughout the production and contribution process, avoiding artifacts such as colour bleeding and smearing that can have a much more significant impact on the consumer’s viewing experience in the case of HD content. This is the first deployment of MPEG-4 4:2:2 10-bit capable encoders in Belgium.

ATEME’s use of Field Programmable Gate Arrays (FPGAs) for its platform also gave RTBF confidence that it would be able to evolve to incorporate any changes in standards or new encoding techniques.