RTÉ News has already deployed LiveU’s LU500 portable uplink solution and has ordered a LU200 for use with its Ka-band flyaway kit. In addition it’s using LU-Smart smartphone app licenses. Piotr Kaszynski, Technology Manager with RTÉ, said, “We began testing systems with the arrival of 4G, which in turn has improved 3G availability. That led us to choose LiveU for several reasons, specifically for its superior performance and the range of products. We wanted a small, very portable solution that could fit on the back of a camera. The LU500 does exactly this and overcomes the issue of cameramen having to carry a heavy backpack. The LU-Smart app also attracted us. We can see varied applications for this and we are training all our journalists to be flexible in what they use and how they can take advantage of LiveU technology. The support offered by Tyrell and LiveU was also crucial.” 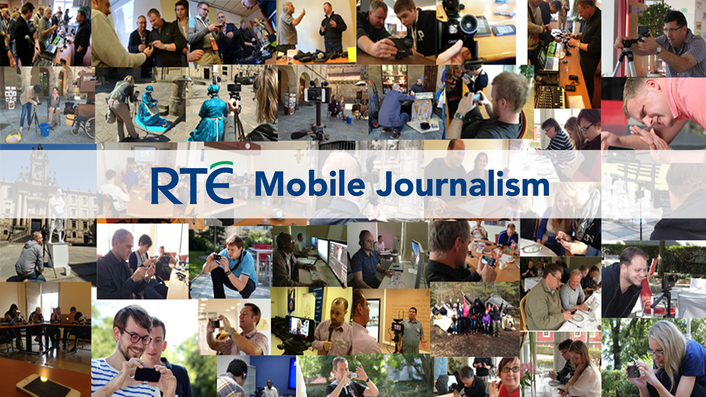 The broadcaster is training staff beyond traditional reporters to use LU-Smart technology.  Kaszynski said, “We are training staff so that when there is a breaking story we have the flexibility to cover it from as many angles as possible. The rise of news on the internet and its immediacy has changed the way that we have to work. It is not always possible to use Satellite trucks in some locations and they take more time and money to deploy – though of course they have their place - compared to this technology.”

According to Kaszynski, the biggest success was the coverage of the Labour Party Leader’s resignation. Notification about the press conference came to RTÉ half-an-hour before the event started and in this short time an LU500 bonded unit was deployed and setup for live coverage. RTÉ provided the only live video coverage from the Labour Party press conference and the live feed was picked up by BBC and Sky News. Currently LU500 is on the road every day providing inserts to all main news bulletins and the Morning Edition programme.

Zion Eilam, LiveU’s Head of Business Operations Europe, said, “We’re very excited to be working in a new territory and special thanks must go to our partner Tyrell. Newsgathering is changing and we are at the vanguard of that change, providing broadcasters with the speed of deployment and mobility that they need to lead the newsgathering market. We’re glad that RTÉ has chosen LiveU for its next newsgathering expansion.”

About LiveU
LiveU is the leader in portable live video acquisition, contribution and management solutions. LiveU's award-winning technology enables live video transmission (HD and SD) from any location around the world.  With top-tier customers in 60+ countries, LiveU’s solutions are being used for breaking news and high-profile events, such as the FIFA World Cup™, Winter and Summer Olympic Games, US Presidential Campaign, Royal Baby, Hurricane Sandy, Super Bowls and US Collegiate Championships. From backpacks to smartphones, and satellite/cellular hybrid to external antenna solutions, LiveU offers a complete range of devices for live video coverage. LiveU’s solutions include multiple 4G LTE/3G, HSPA+, WiMAX and Wi-Fi cellular links, which are optimized for maximum video quality based on the available network conditions.