Based on a Mercedes-Benz Sprinter van, the vehicle combines a compact and lightweight construction with some of the region’s most advanced OB production capabilities. The OB truck supports five Hitachi SK-HD1200 multi format HDTV production cameras and a team of six production engineers. 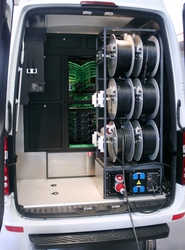 Designed and built at Hitachi’s Istanbul facility, the new OB truck is ideal for use as a small, flexible production vehicle covering a range of sporting, cultural and entertainment events throughout Thailand, supporting productions where a larger OB truck would be impractical or cost prohibitive.

Starting with the standard Mercedes Sprinter truck, Hitachi implemented extensive modifications, installing stabilising jacks, thermal and acoustic insulation, on-board air conditioning and a purpose designed ergonomic working environment for the six-person team. All cabling is stored on motorised drums within the vehicle meaning that set-up and break-down of events is swift and easy. 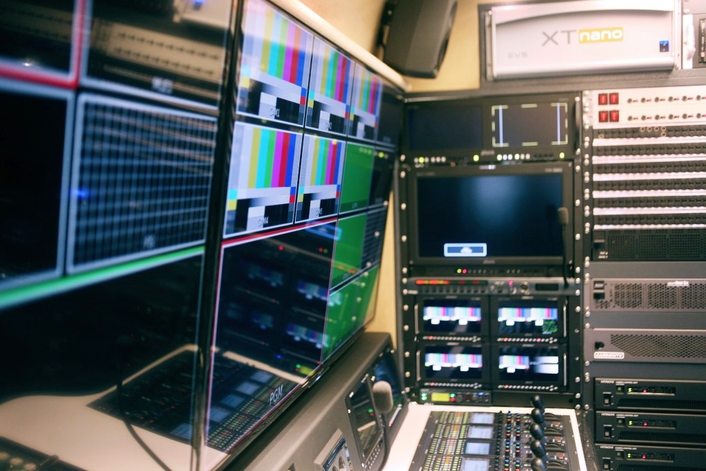 “We were first attracted to Hitachi by the quality of their cameras, which we saw being operated at the Incheon Asian Games but then we became aware of the fantastic OB centre of excellence that the company has developed in Istanbul,” said Mr.Sumneang Noipasri, Chief Engineer of Technical Division at Royal Thai Army Television (Channel 5). “Their ability to meet our production needs so completely with such a relatively small vehicle is a big help. And the cost savings generated by this innovative approach are a big bonus for us too.”

Hitachi Kokusai Turkey reports that it has many similar projects in production and that this small form factor, high engineering capability is proving popular, especially amongst Asia Pacific region broadcasters. “Each vehicle that we produce is individually configured to meet the needs of its owner – in this case we have packed an enormous amount of production technology into a very compact vehicle,” commented Koji Yuzawa, General Manager of Hitachi Kokusai Turkey. “We see this approach becoming increasingly popular in many geographic regions and for broadcasters both large and small.”