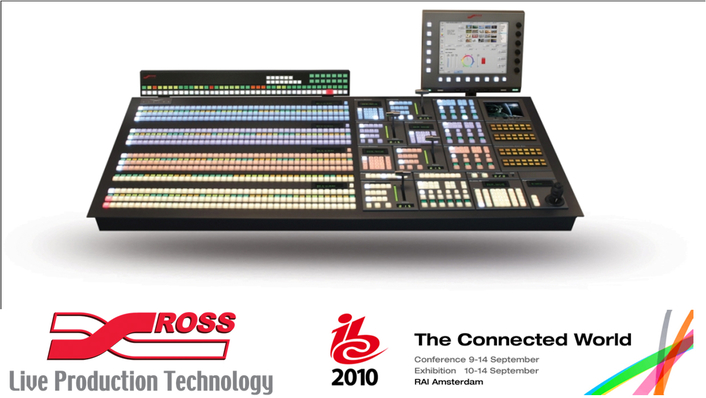 Ross Video raises the bar in high end production switchers with Vision Octane, the world’s first 8 MLE switcher. Vision Octane is extremely powerful with 35 Full Screen HD Animation Stores, 24 Channels of 3D DVE with WARP capability, 96 inputs, 48 outputs, and an unprecedented total of 56 Keyers - 32 Full Keyers, 12 AuxKey Mixer / Keyers on the aux bus outputs and 12 DVE key combiners. Vision Octane can be loaded with any number of MLEs from 1 to 8, match any application, and be combined with up to 9 different control panels.

At IBC Vision adds an optional internal Multiviewer! This multi-head multiviewer has access to all internal and external sources. Source labels with transparency, full program and preview tallies, and user selectable source assignments make this an excellent and cost effective solution for production control rooms.

The entire Vision Series ships with a new 3G infrastructure as a standard feature, fulfilling the promise of Vision being a cutting edge product continuously evolving with the marketplace. Stereoscopic 3D capabilities and comprehensive iMag MultiScreen support will also be shown. 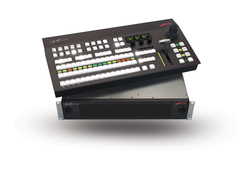 Ross Video will be showing the continued development of the SoftMetal 3000 Series video servers with v4.3 software and the new 4 in / 4 out configuration.

openGear continues to set the standard in processing and distribution platforms, offering the industry a choice of over 300 solutions with over 25 manufacturers.openGear offers best of breed choice in one platform all under one control system.

Ross Video continues to expand the range of fiber and 3Gb/s products in 2010. A new 3 Gb/s format converter that offers Up, Down and Cross conversion to and from SD, HD and 1080p standards. The format converter offers an A/V frame sync with 16 channels of audio processing, full proc control for both audio and video and meta data processing complete with AFD extraction/insertion. Enhanced features include two on board keyers for pillar bar, letter box and branding insertion which can be fed from the external key/fill inputs or the internal animation playout.

An optical DWDM system (dense wave division multiplex) sets a new standard by doubling the current capacity available on the market. The system consists of a C band MUX and an L band MUX/Combiner with each band offering 40 wavelengths for a total combined capability of 80 wavelengths / 80 signals on a single fiber.